Greece, Austria, Portugal among Countries Not to Expel Russian Diplomats

27 Mar 2018 – The United States and its European allies are expelling dozens of Russian diplomats in a co-ordinated response to the poisoning of former Russian spy Sergei Skripal and his daughter in the UK (although there is no solid evidence on who is really behind the attack).

It is said to be the largest collective expulsion of Russian intelligence officers in history. However, as KeepTalkingGreece reports, some countries refuse to join this remarkable show of solidarity. 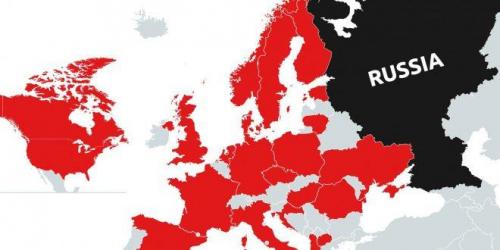 Greece, Austria, Portugal and New Zealand are among the countries with no intention to expel Russian diplomats.

More than 20 countries have aligned with the UK, expelling more than 100 diplomats.

Russia vowed to retaliate to the “provocative gesture”.

Russia denies any role in the attack on Sergei Skripal and his daughter, Yulia, in Salisbury, southern England. The pair remain in a critical but stable condition in hospital.

EU leaders agreed last week it was highly likely Russia was behind the nerve-agent poisoning.

“President Putin’s regime is carrying out acts of aggression against our shared values and interests within our continent and beyond. And as a sovereign European democracy, the United Kingdom will stand shoulder to shoulder with the EU and with Nato to face down these threats together.”

The Russian foreign ministry said the moves demonstrated a continuation of a “confrontational path”.

“It goes without saying that this unfriendly act by this group of countries will not go without notice and we will react to it,” its statement said.

Countries announced they were making the same move in solidarity on Monday. These are:

Late Monday, Ireland said to expel a number of Russian diplomats in line with other EU countries.

EU countries that have said they have no intention of expelling diplomats include Austria, Greece and Portugal, although all have said they support the UK and condemn the poisoning.

On its part, New Zealand said…