Learn to Be Soft and You Will Be Strong

Language is a powerful thing. Though often dismissed as ‘semantics,’ the imagery our words and terminology impart often adds unintended or even misguided connotations to what we intend to say.

This is why it is so difficult to speak about spirituality. When we say ‘God’ or ‘salvation’ or even ‘peace,’ those words can bear an unintended doctrinal, political, or social stamp on them that means something very different to the listener than it does to the speaker. 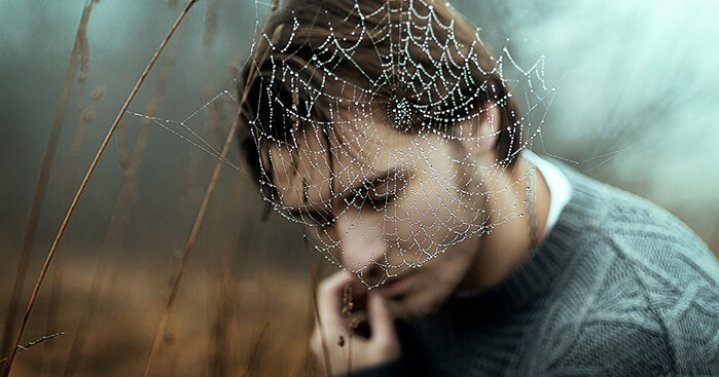 A prime example of this is the ‘hardness’ imagery that is woven into many words intended to be positive, such as ‘strong’ or ‘tough.’ We want to be ‘strong’ and ‘tough,’ to be able to handle all of life’s trials and tribulations without cracking. 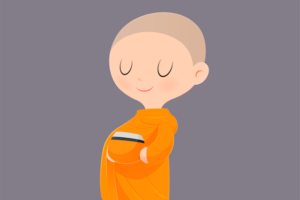 However, these words often morph into an image of hardness. When we are strong, we hunker down, grit our teeth, and bear it. When we are tough, we power through the bad times.

The short-term result is often satisfying. The hard person bounces back quickly from a failed marriage, illness or losing a long-term job. The trouble, however, is often found beneath the surface and in the long-term. What happens when someone spends a lifetime hunkering down and powering through? 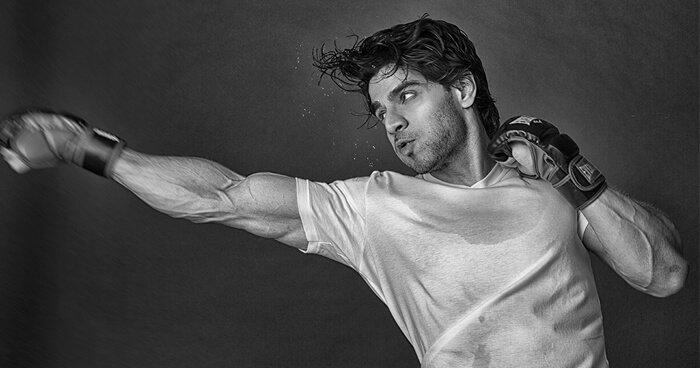 We are taught from a young age to be tough; to keep fighting strong.

The Effect of Always being Strong

To use a cliché, the tree that doesn’t bend, breaks. A hard tree can endure a lot, but when a strong wind blows, it cracks and falls over. Let’s look at a bunch of images to see this more clearly.

Brené Brown talks of armor. We put on armor to avoid the hurt. That used to be a way of life for me.

I once knew someone who had endured a lot of trauma as a child, having been abused and betrayed by people to whom he was vulnerable.

His survival mechanism developed through these experiences was to not go too deep with people; to hold his cards close to the vest and not open up. This was easier, he explained, because when you were done with someone, you could just move on easily without feeling the hurt.

What followed in his wake were broken relationships and broken people, who he was able to step past.

But what does it mean when you don’t let people in and open yourself up to them? You avoid the hurt, but you also miss the intimacy, the connection, and the depth of an open, honest relationship.

Indeed, how can you even really be in love with someone if you erect an emotional barrier in the way? You can’t. 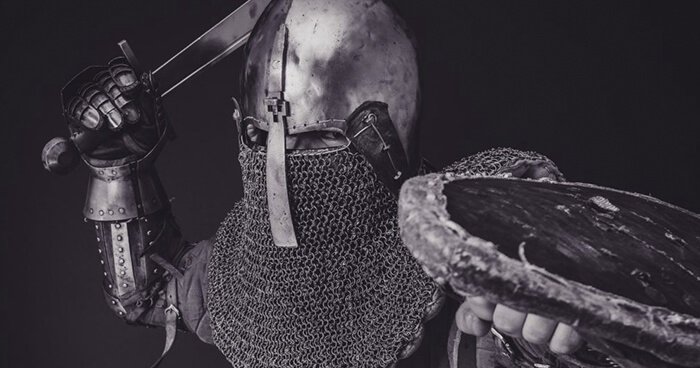 When your armor becomes too thick, it weighs you down.

As Brené Brown explains, you can cut off feelings—the good and the bad—but you can’t isolate and block out specific types of feelings.

In order to feel joy and intimacy, you need to allow yourself the vulnerability that will also inevitably lead, at times, to pain.

In order to love, you have to deal with the eventual certainty of loss. Otherwise, you’re just kind of numb. You’re not really there.

People need connection. What happens to someone who moves through life while keeping everyone at arm’s length? What happens to people who don’t show themselves for who they are? I should know—I often avoided authenticity and vulnerability in order to protect myself.

My Journey to Softness

I was an alpha male. Having grown up in a household where I was set upon by my parents, I learned not to be vulnerable. I became a go-getter—determined, accomplished, and always putting on a strong front, strutting around to ward off those who could hurt me.

What this meant, though, is that I struggled to find that one person with whom I could be completely honest, and when I did, I put all my eggs in that basket. Hence, when my relationship ended, I was destroyed.

The more you hurt, the more you fear. The more you fear, the thicker the armor you wear. The thicker your armor, the more it weighs you down. When my armor finally cracked and fell off, it led to a complete breakdown. It was during the recovery from that breakdown that I learned what real strength was. 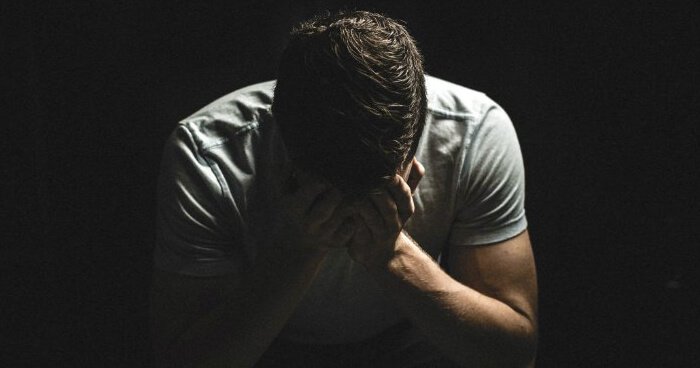 “When my armor finally cracked and fell off, it led to a complete breakdown.”

I had been determined. I fixed my sights on goals–typically those that would bring me recognition–and I achieved them. These goals conformed with what is commonly viewed as ‘success’—wealth, influence, and renown. So, I doggedly stuck to the path, my eyes always forward instead of looking around me. I was tough.

Life is a long road with many forks. My eyes on the prize, I was unwavering and kept going left. Unfortunately, life was telling me in so many ways to go right.

I lived in a city that didn’t at all conform with what I valued. I stayed in a relationship that exhibited many warning signs. I had a high-powered, well-compensated job that drained all of my time and energy. I was literally sick—in the hospital multiple times each year when I had almost never been in one before that.

When the pain became too much, I fell apart, and at that point, I had no choice but to go right.

In that moment, all my hardness couldn’t see me through. And that’s what suffering is: it’s the great teacher that keeps telling you where to go, and the more you try to power through, the more painful and prolonged it will be. Then you soften up and go right, and everything changes.

Not surprisingly, nature inspired me with the most fitting, if obscure, image: a salt marsh.

Be the Salt Marsh!

Salt marshes are a natural habitat along coastlines. During storms, salt marshes absorb the force of large waves, which travel into the marshes, lose momentum, and dissipate. If they even hit the shore, the waves retain a fraction of their former strength, and the coast is thus protected. Sand dunes serve a similar function. 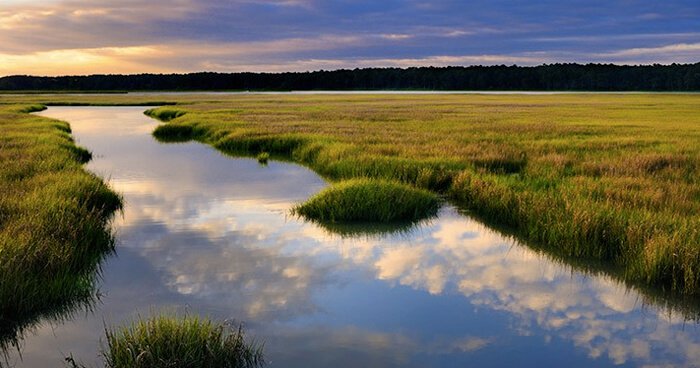 Be soft, like a salt marsh, and allow the waves to move through you.

Over time, people have degraded and destroyed these fragile habitats, making storms even more dangerous and destructive.

To protect harbors, people have built sea walls made of stone. These walls appear strong, but over time sea walls crumble with the force of being slammed by powerful waves or can even cause more destruction when waves ricocheting off of them create a violent chop in the water.

When you are a sea wall, you smack the waves away. The waves hit other people and objects and smack you back. Your resistance creates wake, which damages others and eventually, after a long time, causes you to collapse.

Instead, be a salt marsh. Absorb the waves and let them pass through you. Accept them. You will be hit with enormous force, but you will not lend that force any more energy. If left unpolluted and unspoiled, salt marshes will survive forever.

Underneath the hard armor that weighs you down, you’re soft. When you are a salt marsh, your softness absorbs the waves. The hard sea wall smacks them away. A flexible tree bends with the storm, while the hard one doesn’t waver—until it breaks.

Somehow this image works for so many of spirituality’s life lessons. Let hurt soften you; don’t let it harden you. Let that time someone hurt you open your heart up to compassion for all of those who are hurting. Let it be a reminder in the moment to be more forgiving.

When an experience is difficult, you can fight with it. But if you surrender to it, let down your walls, and be open to the experience, you will grow from the pain. Give up the hard walls and soften yourself up to what comes your way.

When floating down the river of life, you’re totally right to swim in the direction you’d like to go. But paddle too hard against the current, and you’ll drown. Try going soft and floating, seeing where the river will take you—it’s not like you have that much of a choice anyway!

Bravely learn to relax with life and see what happens, and you will make decisions with more wisdom and take actions with more power than if you were fighting.

Stop protecting your soft spot… stop armoring your heart… Wretchedness humbles us and softens us…Gloriousness and wretchedness need each other. One inspires us, the other softens us.

Maybe it’s something like a rule: when you’re in a moment in which your instincts are telling you to be hard, before you act, at least take a moment to consider what being soft would look like. What would the soft option be, what could result, and who might you become?

As a hard alpha-male, I made it far in life. By age thirty, I had been in meetings in the West Wing of the White House, worked with Fortune 500 Company CEOs, been to more than fifty countries, and made lots of money. But that year, I also fell apart, and it took a few years to put myself back together again.

Now, I’m a struggling entrepreneur. I gave up the suits and the flights and the tough talk. However, though I’ve been through a lot since the big change, I walked—not powered—through it with so much more clarity, and even strength, than before. I went soft.

Joshua Kauffman is a recovering over-achiever and workaholic. Leaving behind a high-powered life in business, he has become a world traveler, aspiring coach, and entrepreneur of pretty things. Amateur author of a recent memoir Footprints Through The Desert, he is trying to find ways to share his awakening experience, particularly to those lost in the rat race like he was.