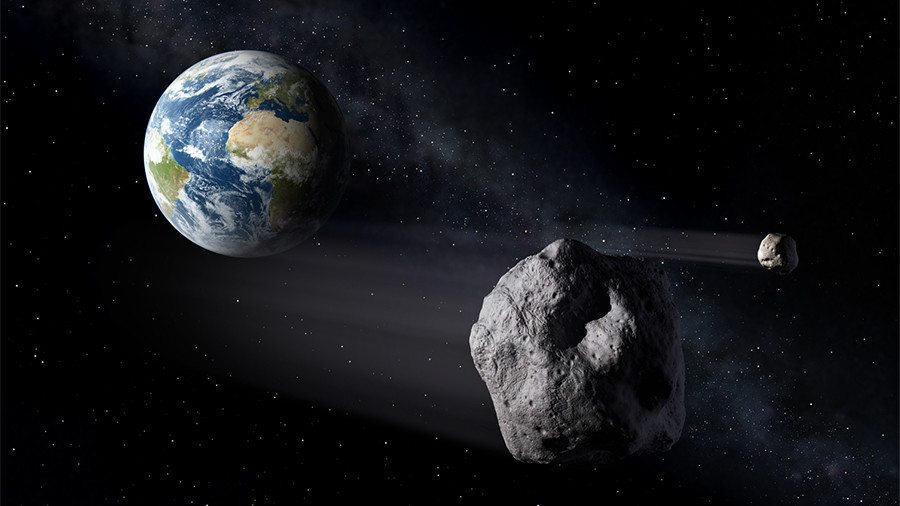 22 Apr 2018 – The next trillion-dollar industry will be in the mining sector, and the world’s first trillionaire will make his/her fortune by mining in outer space, Goldman Sachs claims.

The prediction is echoed by renowned astrophysicist Neil deGrasse Tyson, who says:

“The first trillionaire there will ever be is the person who exploits the natural resources on asteroids.”

“There’s this vast universe of limitless energy and limitless resources. I look at wars fought over access to resources. That could be a thing of the past, once space becomes our backyard,” Tyson said.

More than 12,000 asteroids, which are within approximately 45 million kilometers of our planet, have already been identified by NASA. Geologists believe they are packed with iron ore, nickel, and precious metals at much higher concentrations than those found on Earth.

Goldman has been keeping a close eye on improvements in mining technology and the trends toward lower costs for manufacturing spacecraft.

“While the psychological barrier to mining asteroids is high, the actual financial and technological barriers are far lower. Prospecting probes can likely be built for tens of millions of dollars each and Caltech has suggested an asteroid-grabbing spacecraft could cost $2.6 billion,” it said in a report.

Asteroid mining is mostly being led by private sector interests, but there’s also Luxemburg which sees massive opportunities and hopes to become a cosmic mining hub. Two years ago, the tiny European country, which is home to several communication satellite companies, established the Space Resources Initiative.

It plans to provide $223 million of its national space budget in early-stage funding and grants to companies working toward space mining.

The government of Luxembourg is working closely with two of the leading companies in the sector – Deep Space Industries and Planetary Resources. Both companies, which have been operating for several years, plan on profiting from asteroid mining.

Luxembourg contributed an undisclosed amount of research and development funding to Deep Space Industries and inked a deal with Planetary Resources in 2016 for a $28 million investment in exchange for undisclosed equity in the company.

“Our goal is to put into place an overall framework for the exploration and commercial use of resources from ‘celestial bodies’ such as asteroids, or from the moon,” said Etienne Schneider, Luxembourg’s deputy prime minister and minister of the economy.