Too Many Are Looking Away from Burma’s Ethnic Cleansing Campaign 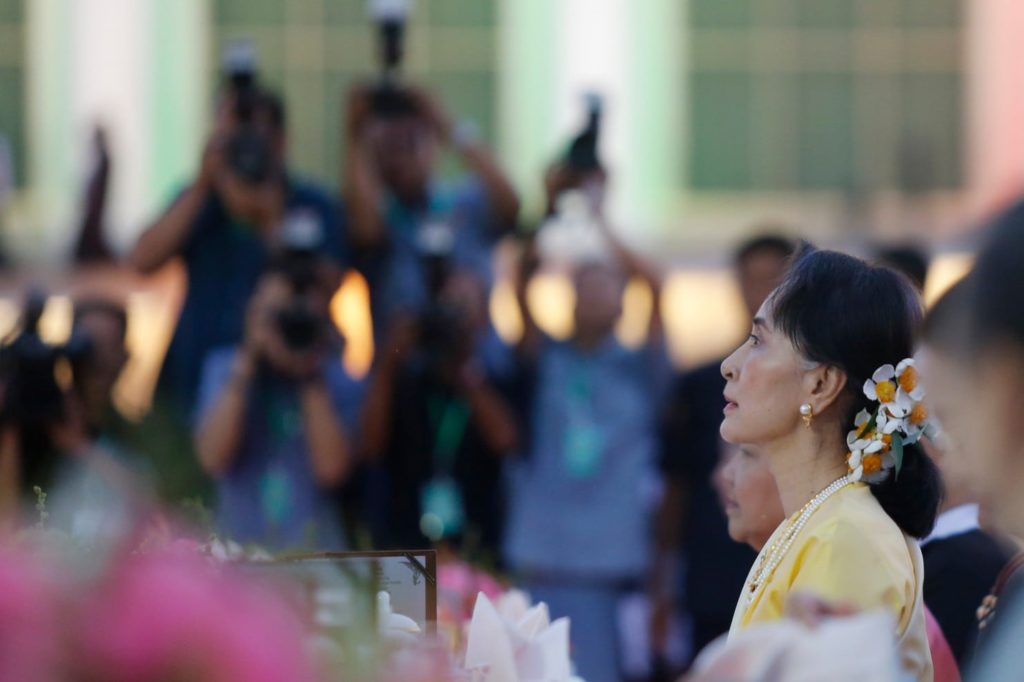 7 Apr 2018 – In the protests that shook Burma in 1988, in which Aung San Suu Kyi became an icon of the democracy movement, Buddhist monks stood shoulder to shoulder with student demonstrators. The protests were violently put down by the military, killing some 3,000 people, and Aung San Suu Kyi spent 15 of the next 21 years under house arrest. Those momentous events have significance today as the Burmese military carries out what the United Nations and the United States have called a campaign of ethnic cleansing against the Rohingya Muslims in Rakhine state.

Back then, Buddhist monks stood for freedom. Today, the majority-Buddhist nation is led by Aung San Suu Kyi, sharing power with the military. When the generals moved to violently expel the Rohingya from northern Rakhine state, she stood by, unwilling or unable to stop them. The result has been a humanitarian and human rights disaster. Some 700,000 Rohingya are now in camps in neighboring Bangladesh. Outspoken Buddhist nationalists bear some responsibility for this sorry state of affairs in which the Rohingya have been long treated as outsiders and persecuted.

Now a group of Buddhist writers, thinkers and human rights advocates, many of them living abroad, have written an open letter to Burmese Buddhists about the Rohingya crisis. The signatories include some veterans of the 1988 struggle, as well as young people. They say they have been “shocked to see that so many Buddhist activists, monks, and respected elders in our communities who we once admired as voices for justice within Burma are either silent or defending the actions of a military they were once vehemently against.”

The writers insist that Buddhists must speak out about atrocities against the Rohingya, no matter how painful. “Like many around the world, we have been horrified by reports of widespread atrocities committed by Myanmar security forces ,” the letter says. “These have included mass rape, arson, enforced disappearances and extrajudicial killings that had included the sadistic murder and torture of young Rohingya children and infants.” These crimes are antithetical to Buddhism, “a religion based on a desire to end suffering,” they say. Their message deserves to be heard in Myanmar, as the country is also known.

More effort must be made to hold to account those responsible for this catastrophe. Senate Majority Leader Mitch McConnell (R-Ky.) ought to allow the chamber to take up a bill proposed by Sens. John McCain (R-Ariz.), Benjamin L. Cardin (D-Md.) and others that imposes additional sanctions on military personnel who took part in the ethnic cleansing. Mr. McConnell said a few months ago that he felt “unfounded criticism” of Aung San Suu Kyi would not help and, after talking to her, he was persuaded she was working for peace.

But the situation is deteriorating. Burma has been razing the Rohingya villages, leaving the population stranded in Bangladesh. The coming monsoon season threatens the displaced Rohingya with even more misery in refugee camps. The question must be asked of everyone concerned: What did you do when faced with the horrors of ethnic cleansing in 2018? Too many are looking away.