Why Not Emphasize Assad Had No MOTIVE to Use Gas! He Had Defeated the Terrorists Sent by USA 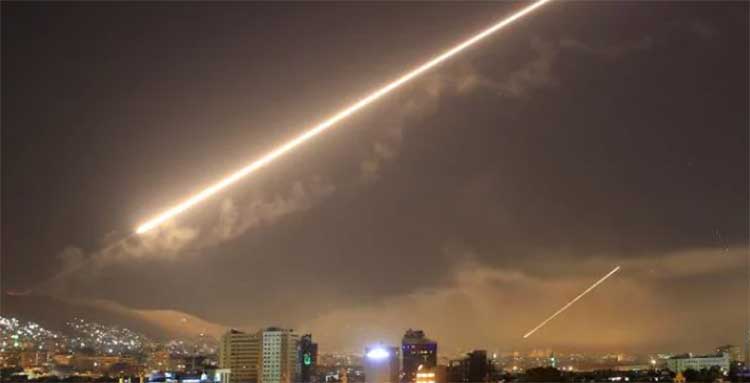 Why Not Emphasize That Assad Had No MOTIVE to Use Gas When He Already Defeated the Terrorists Sent and Armed by USA and Saudi Arabia, while Assad’s Enemies Had a Reason to Stage a Gas Attack to Give USA a Pretext to Bomb yet Again?

17 Apr 2018 – This short alert is written in dedication to my readers in nations that have been invaded or bombed by Americans in uniform.

When a crime is reported or discovered, the first thing investigators look for is someone with a MOTIVE to have committed the crime – someone who stood to gain from committing the crime.

Why are the Syrians, Russians, Iranians and good people everywhere not emphasizing that President Assad and his Syrian Arab Army, having finally won the battle with invading terrorist groups funded and armed by the USA and Saudi Arabia, cannot be found to have had a MOTIVE to make the gas attack alleged by enemies of President Assad and Syria.

Staring us all in the face is the obvious fact that the losers of the war against the Syrian government of President Assad did have a MOTIVE to stage such a gas attack and accuse the Syrian military, who had just defeated them in battle, of gassing Syrian civilians. Their MOTIVE being to give leaders of the USA, trying to overthrow the Assad government, a pretext to bomb Damascus yet again as they did twice before, also without evidence proving a gas attack had indeed been committed by the government in Damascus.

Why even accept any accusation against Assad without a MOTIVE suggested?

Crimes are committed by criminals with a MOTIVE.

Why watch, listen and read media which Trump himself has called made up of 80% liars. This time Trump and 80% lying media are in bed with each other.

Emphasizing a look at which side had a MOTIVE either for a gas attack or a staging of a gas attack, will expose the absurd charge against President Bashar al-Assad and save us all from this endless and pointless blather

“The world is the most dangerous place it’s ever been now because of what our country has done, and is doing, and we have to take it back.” Ramsey Clark

Jay Janson is an archival research peoples historian activist, musician and writer; has lived and worked on all continents; articles on media published in China, Italy, UK, India and in the US by Dissident Voice, Global Research; Information Clearing House; Counter Currents and others; now resides in NYC; First effort was a series of articles on deadly cultural pollution endangering seven areas of life emanating from Western corporate owned commercial media published in Hong Kong’s Window Magazine 1993; Howard Zinn lent his name to various projects of his; Weekly column, South China Morning Post, 1986-87; reviews for Ta Kung Bao; article China Daily, 1989. Is coordinator of the Howard Zinn co-founded King Condemned US Wars International Awareness Campaign, and website historian of the Ramsey Clark co-founded Prosecute US Crimes Against Humanity Now Campaign, which Dissident Voice supports with link at the end of each issue of its newsletter.