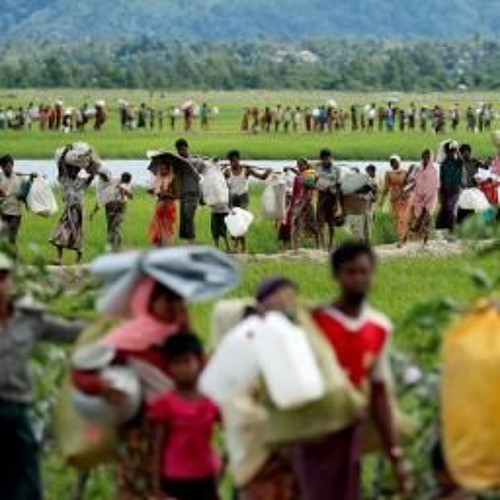 21 Jun 2018 — A social media account run by the office of Myanmar leader Aung San Suu Kyi quotes her as saying that “hate narratives from outside the country” have fueled tensions between Muslim Rohingya and Buddhist Rakhine communities in the country’s west.

The Facebook page of the State Counsellor Office said Suu Kyi made the comment in a discussion Wednesday [20 Jun] with Christine Schraner Burgener, special envoy of the United Nations secretary-general for Myanmar. It said topics included the situation in Rakhine state, where about 700,000 ethnic Rohingya have fled since last August to escape violent counterinsurgency activities by security forces responding to attacks by a group of Rohingya militants.

“The State Counsellor explained that the confidence building between the communities requires patience and time, and the United Nations needs to support in those efforts,” said the Facebook post. “She stated that the mistrust between the two communities exists for decades.”

It said Suu Kyi “also pointed out that the hate narratives from outside the country has driven the two communities further apart and stressed the need to focus on how to resolve the issue with forward looking approach.”

Myanmar’s security forces have been accused of rape, killing, torture and the burning of many Rohingya homes. The United Nations and the United States have described the army crackdown as “ethnic cleansing.” The government has denied the accusations, instead blaming the violence on Rohingya insurgents who attacked security posts.

Rohingya Muslims have long been denied citizenship and other basic rights in Buddhist-majority Myanmar.

The government says Rohingya are illegal migrants from Bangladesh, even though some families have lived in Myanmar for generations.

The account did not elaborate on what Suu Kyi meant by “hate narratives.” Last year the same Facebook account quoted Suu Kyi as telling Turkish President Recep Tayyip Erdogan in a phone call that there were many fake news photographs circulating which were “simply the tip of a huge iceberg of misinformation calculated to create a lot of problems between different communities and with the aim of promoting the interest of the terrorists.”

In that case she referred to some photographs purporting to show atrocities committed by Myanmar security forces, but which actually depicted other situations not related to Myanmar, and suggested they served the cause of the militants, who call themselves the Arakan Rohingya Salvation Army.

Independent observers including U.N. experts and human rights groups inside and outside Myanmar have decried the use of social media such as Facebook and Twitter to stir up hatred and distrust between the Rohingya and Rakhine groups, as well as between Muslims and Buddhists.

Posts denigrating the Rohingya and Muslims are very common and include anti-Muslim material reposted from Indian and European and U.S. right-wing organizations and individuals.

Anti-Rohingya posts often attack Western mainstream media, which have generally reported sympathetically on the plight of the Rohingya, for carrying what they call “fake news.”

This story has been corrected to show discussion was on Wednesday, not Tuesday. 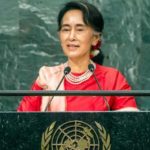