Thousands of Swedes Are Inserting Microchips into Themselves – Here’s Why 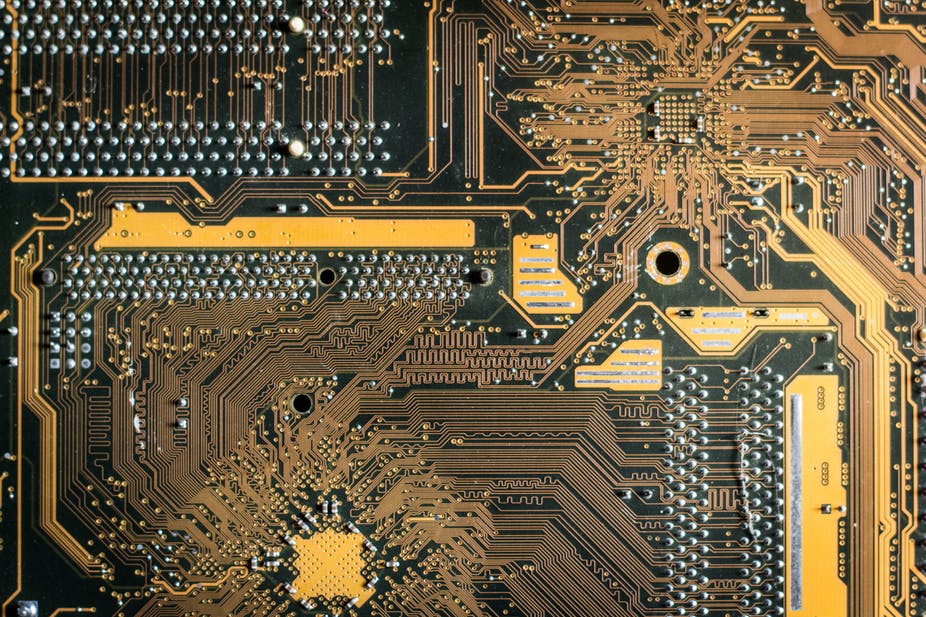 Chips with everything. www.shutterstock.com

20 Jun 2018 – Thousands of people in Sweden have inserted microchips, which can function as contactless credit cards, key cards and even rail cards, into their bodies. Once the chip is underneath your skin, there is no longer any need to worry about misplacing a card or carrying a heavy wallet. But for many people, the idea of carrying a microchip in their body feels more dystopian than practical.

Some have suggested that Sweden’s strong welfare state may be the cause of this recent trend. But actually, the factors behind why roughly 3,500 Swedes have had microchips implanted in them are more complex than you might expect. This phenomenon reflects Sweden’s unique biohacking scene. If you look underneath the surface, Sweden’s love affair with all things digital goes much deeper than these microchips.

The term biohackers refers to those amateur biologists who conduct experiments in biomedicine, but do so outside of traditional institutions – such as universities, medical companies and other scientifically controlled environments. Just as computer hackers hack computers, biohackers hack anything biological.

Biohacking is also a culture and a diverse one, with many different subgroups – all with different types of interests, goals and ideologies. But within this diversity there are two main groups: “wetware hackers” and transhumanists.

Wetware hackers are citizen science hobby biologists who build laboratory equipment from household utensils. They conduct so called “frugal science”, where they find inexpensive solutions that will improve the living standards for people in developing countries. But they also do more playful experiments where plants are genetically modified to become fluorescent, or algae is used to make new types of beer.

The other group are the transhumanists, who focus on enhancing and improving the human body – with the aim, in the long run, of improving the human race. Only through bettering ourselves – and escaping biological boundaries – will humans be able to compete with AI in the future.

Read more: Super-intelligence and eternal life: transhumanism’s faithful follow it blindly into a future for the elite

Often, different biohacking scenes reflect the different societies and cultures in which they develop. So, for example, European biohackers generally differ from their North American counterparts. North American groups are concerned with developing alternatives to the established healthcare practices. European groups, meanwhile, are more focused on finding ways of helping people in developing countries or engaging in artistic bio-projects.

But Swedish biohacking culture actually differs from the rest of Europe. Swedish biohackers are generally part of the transhumanist movement. And it is the transhumanists – or more specifically the subgroup “grinders” – who have been inserting NFC chips somewhere between the thumb and the index finger of thousands of Swedes. These are the same microchips that have been used for decades to track animals and packages. 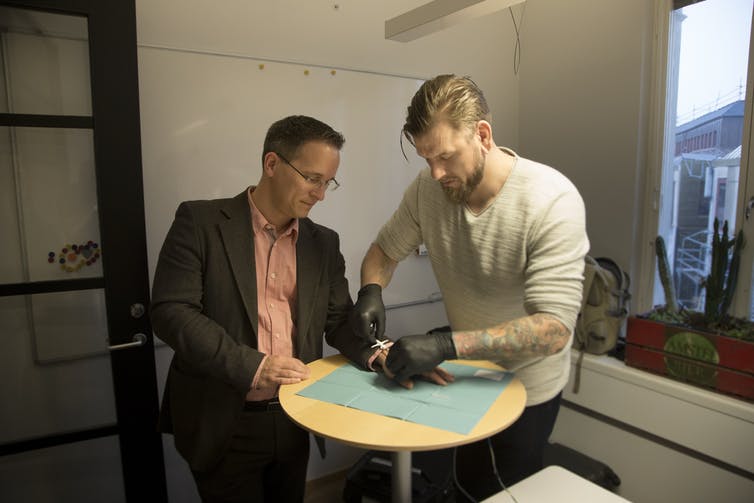 Thousands of people in Sweden have microchips implanted into themselves. EPA/Bjorn Larsson Rosvall

What is it about Sweden?

So why are Swedes so happy to put microchips into their body? One theory put forward is that Swedes are more prone to sharing their personal details because of the way the Swedish social security system is structured.

This myth of the “naive Swede”, who innocently trusts the government and Sweden’s national institutions, is an exaggeration – which has even been noted by the Swedish Ministry of Foreign Affairs. If it is part of the explanation, it is certainly not the whole truth. More convincing is the fact that in Sweden, people have a strong faith in all things digital. Swedish people have a deep belief in the positive potential of technology.

Over the past two decades, the Swedish government has invested heavily in technology infrastructure – and it shows. The Swedish economy is now largely based on digital export, digital services and digital tech innovations. And Sweden has become one of the most successful countries in the world at creating and exporting digital products. Notable companies, such as Skype and Spotify, were founded in Sweden.

A belief in digital technology and a trust in its potential has strongly affected Swedish culture. And the transhumanist movement has built upon this. In fact, Sweden played an important part in the formation of the transhumanist ideology. The global transhumanist foundation Humanity+ was co-founded by the Swede Nick Bostrom in 1998. Since then, many Swedes have become convinced that they should be trying enhance and improve their biological bodies.

So as the world expresses shock at the number of people being microchipped in Sweden, we should use this opportunity to delve deeper into Sweden’s remarkable relationship with all thing digital. After all, this latest phenomenon is just one manifestation of an underlying faith in technology that makes Sweden quite unique.