How to Grow Old: Bertrand Russell on What Makes a Fulfilling Life

“Make your interests gradually wider and more impersonal, until bit by bit the walls of the ego recede, and your life becomes increasingly merged in the universal life.” 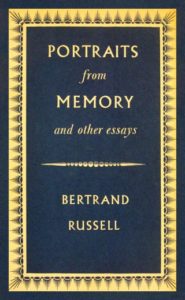 “If you can fall in love again and again,” Henry Miller wrote as he contemplated the measure of a life well lived on the precipice of turning eighty, “if you can forgive as well as forget, if you can keep from growing sour, surly, bitter and cynical… you’ve got it half licked.”

Seven years earlier, the great British philosopher, mathematician, historian, and Nobel laureate Bertrand Russell (May 18, 1872–February 2, 1970) considered the same abiding question at the same life-stage in a wonderful short essay titled “How to Grow Old,” penned in his eighty-first year and later published in Portraits from Memory and Other Essays (public library).

Russell places at the heart of a fulfilling life the dissolution of the personal ego into something larger. Drawing on the longstanding allure of rivers as existential metaphors, he writes:

Make your interests gradually wider and more impersonal, until bit by bit the walls of the ego recede, and your life becomes increasingly merged in the universal life. An individual human existence should be like a river — small at first, narrowly contained within its banks, and rushing passionately past rocks and over waterfalls. Gradually the river grows wider, the banks recede, the waters flow more quietly, and in the end, without any visible break, they become merged in the sea, and painlessly lose their individual being. 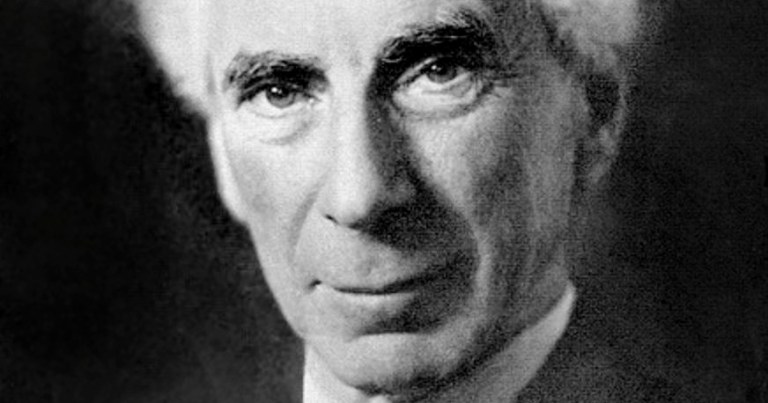 In a sentiment which philosopher and comedian Emily Levine would echo in her stirring reflection on facing her own death with equanimity, Russell builds on the legacy of Darwin and Freud, who jointly established death as an organizing principle of modern life, and concludes:

The man who, in old age, can see his life in this way, will not suffer from the fear of death, since the things he cares for will continue. And if, with the decay of vitality, weariness increases, the thought of rest will not be unwelcome. I should wish to die while still at work, knowing that others will carry on what I can no longer do and content in the thought that what was possible has been done.

Portraits from Memory and Other Essays is an uncommonly potent packet of wisdom in its totality. Complement this particular fragment with Nobel laureate André Gide on how happiness increases with age, Ursula K. Le Guin on aging and what beauty really means, and Grace Paley on the art of growing older — the loveliest thing I’ve ever read on the subject — then revisit Russell on critical thinking, power-knowledge vs. love-knowledge, what “the good life” really means, why “fruitful monotony” is essential for happiness, and his remarkable response to a fascist’s provocation.