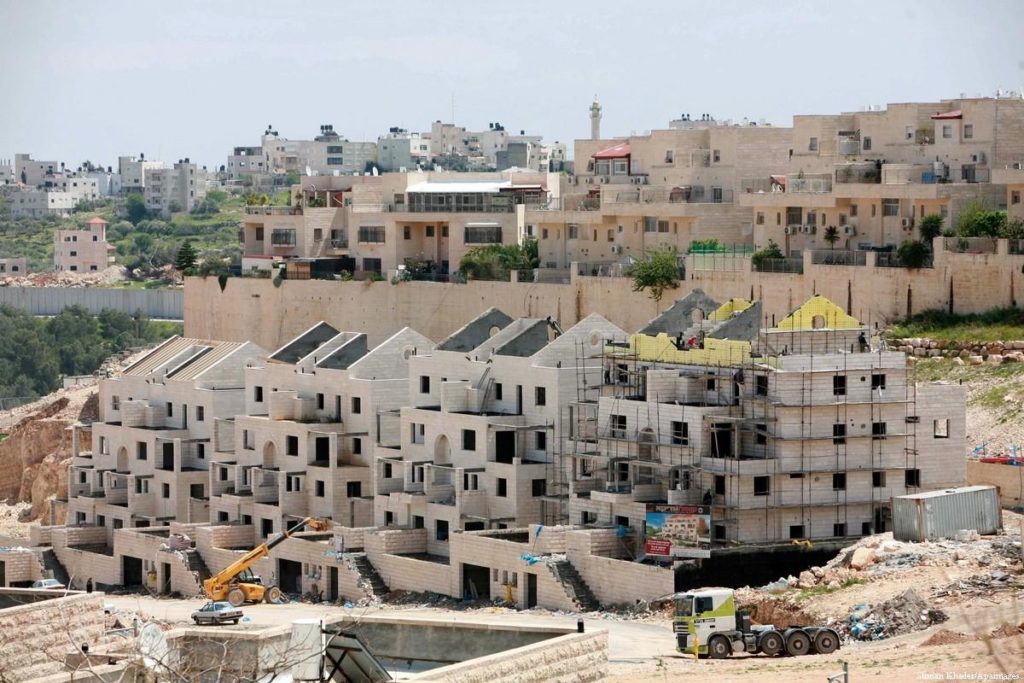 12 Jul 2018 – The Palestinian people are in need of some good news to boost their morale at an extremely difficult time in their struggle for freedom, justice and equality.

There has been little good news, particularly since US President Trump took office, recognised Jerusalem as capital of Israel, moved the US Embassy from Tel Aviv in record time, defunded UNRWA and leaks of his “ultimate deal” for resolving the conflict indicated it could not be accepted by the Palestinian people.

Palestinians in Gaza continue to march to the fence separating them from their occupiers to demand that they be allowed to return peacefully to their homes on the other side. Their peaceful endeavour has been met with brutal force resulting in over 130 killed mostly by Israeli snipers and over 10,000 injured with some sustaining horrendous injuries and others losing limbs.

Most Western governments expressed concern about the level of casualties but none acted in a way that would send a strong message to Israel to refrain from its murderous acts. As in past episodes of Israeli aggression, it was left to ordinary people all over the world to show solidarity with the Palestinians, knowing that real change in Israeli behaviour would only come when governments took action that translated words into real pressure on Israel.

Most western powers, including the UK and other EU countries hid behind the tiresome and ineffective “we are against boycotts as they are unhelpful when we are trying to bring the two sides round the negotiating table”. In other words, they did not have the bottle to call Israel’s ambassadors in to say, in no uncertain terms, that unless Israel stopped the violence and its illegal policies, it would face sanctions.

The recent escalation in demolition of Palestinian properties, particularly targeting Bedouin Palestinians in what Oslo defines as “Area C”, brought howls of displeasure but no action. The strongest the UK could muster for example was a warning that if the Bedouin village of Khan Al-Ahamr was demolished and its residents forcibly transferred, this could amount to a war crime. At the time of writing, the village had a brief reprieve as the Israeli courts revisit the decision to allow the demolition but the expectation is that Israel will demolish the village soon.

Demolition of Khan Al-Ahmar: Another chapter in the ethnic cleansing of Palestine

Bizarrely, this position has not resulted in what Palestinians and their supporters see as the logical extension of this, which is that trade with the illegal settlements is illegal too. Goods and products from the settlements have had little trouble making their way to the EU market. The strongest action taken to distinguish between products from the settlements and those from within the internationally recognised Israeli areas has been to label them, thus providing consumers with information on which to base their decision as to whether to buy the products or to shun them. The extent to which this has made any impact on the ground is difficult to assess. However, it is reasonable to conclude that it has had little or no difference as Israel has not been squealing about it. 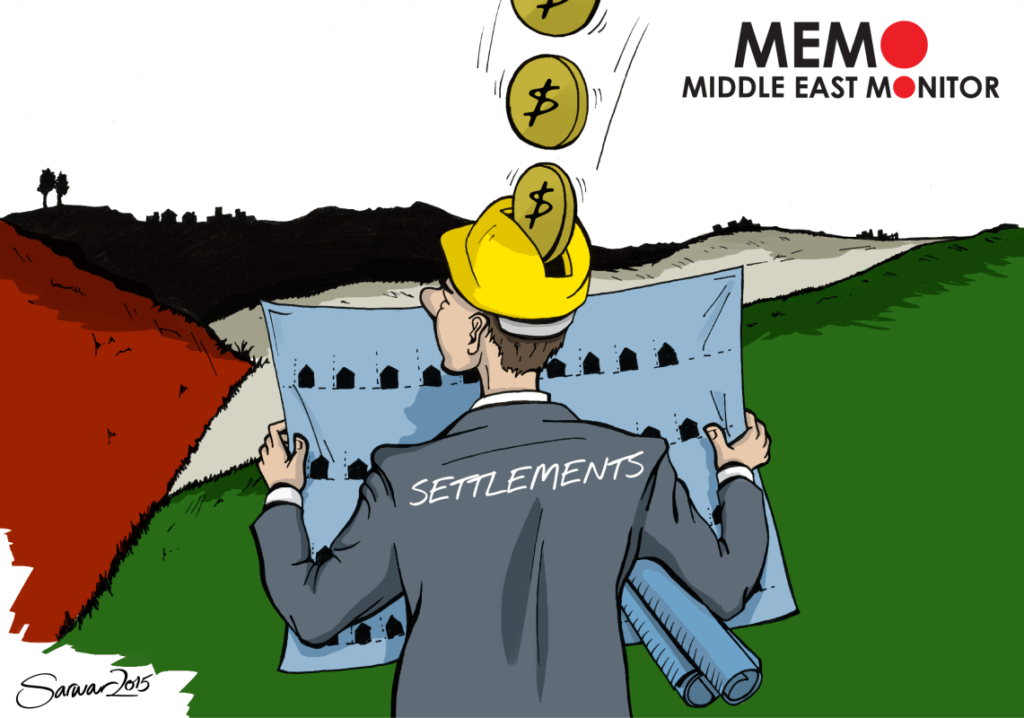 Recently, Human Rights Watch reported that Israeli banks “profit” from the illegal settlements as they “help support, maintain, and expand” them by “financing their construction in the occupied West Bank.”

In reality, change will only come when governments begin to exert real pressure on Israel, which could come through reassessing relations with it, perhaps reducing diplomatic representation as South Africa has done, or imposing sanctions on it when it acts illegally. The settlement enterprise is an open and shut case. They are illegal and trade with them sustain them and should end to help dismantle them if those governments are serious about peace.

Almost all western governments see boycotts, including those of the illegal settlements as unhelpful and in some countries those promoting the Boycott, Divestment and Sanctions movement (BDS) have faced hostility, been accused of anti-Semitism and efforts to implement boycotts of companies that are complicit in the settlement enterprise have come under attack, as in the UK. Bizarrely, those same countries say that the settlements are “harming” the chances of a two-state solution, are an “obstacle to peace” and in the case of the E1 area, which provides the only access to East Jerusalem for Palestinians, would “deal a fatal blow” to the two-state solution.

If the world is serious about helping end the conflict then governments must act. The EU can play a role in this but is refusing to do so. It was therefore left to one of its smaller members, Ireland to show leadership and for a brave independent Senator, Frances Black, to bring to Senate a bill to ban the import of settlement goods. 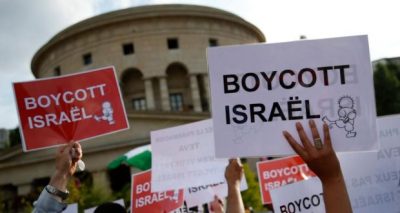 Under pressure from Israel, the Irish Government, which does not support boycotts, postponed an initial attempt to bring the bill to a vote in January of this year. However, on the 11th of July the “Control of Economic Activity (Occupied Territories) Bill 2018” was debated and passed. The vote was 25 in favour, 20 against and 14 abstaining. While there are still a number of stages to get through before it becomes law; this now paves the way for Ireland to become the first EU country to ban the import of products from the illegal Israeli settlements in Jerusalem and the West Bank.

Israel’s response was as expected. Its Foreign Ministry slammed Ireland after it passed the bill, stating that the “Irish Senate has given its support to a populist, dangerous and extremist anti-Israel boycott initiative that hurts the chances of dialogue between Israel and the Palestinians”. It further claimed that the law will “have a negative impact on the diplomatic process in the Middle East,” and that it will “harm the livelihood of many Palestinians who work in the Israeli industrial zones affected by the boycott.”

Chief Palestinian Negotiator, Saeb Erekat, congratulated Ireland on the decision to pass the bill, stating that he wished to

extend our sincere appreciation to the Irish Seanad for standing tall for the principle of justice by approving this historic motion banning trade with the illegal Israeli colonial-settlements in Occupied Palestine.

It is important that the Irish Government now listens to the Irish people and moves to supporting this bill as it actually supports the two-state solution and the illegality of the settlements policy on the conflict. If it does that and successfully navigates its way through any legal difficulties this may pose, then Ireland, a friend of the Palestinian people, could be the pioneering country that begins to deliver justice to the Palestinian people and peace between Israelis and Palestinians. It will of course come under pressure from Israel, its strong lobby and even the EU to find a way of pulling back from the brink of implementing an ethical boycott of an illegal enterprise. However, it must stand firm and remember that the others have no credible policy to resolve the conflict, including the United States. Israel has had decades of appeasement and faced no accountability for its breaches of international law. It is time this began for peace.

Ireland could be providing the necessary tipping point that others could rally round, especially the EU, which has in the past talked the talk but never intended to walk the walk to deliver justice to the Palestinian people.

As for Israel and its shameful backers in its illegal endeavours, the countdown to the end of the illegal settlement enterprise started in Dublin on the 11th of July. The clock is ticking. 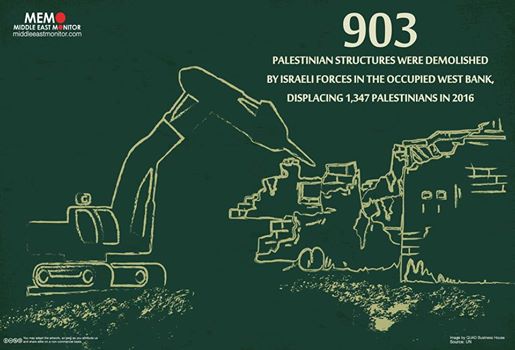 Prof. Kamel Hawwash is a British Palestinian engineering academic based at the University of Birmingham. He is a commentator on Middle East affairs, Vice Chair of the British Palestinian Policy Council (BPPC) and a member of the Executive Committee of the Palestine Solidarity Campaign (PSC).