The NSU Trial in Germany: Was Justice Really Served after 18 Years?

German official authorities throughout the trial did not adopt a constructive stance that would help uncover aspects of the trial that went insufficiently investigated. Thus, the process that started in Germany with the NSU trial is unlikely to be truly finished until institutional racism in the country is faced and addressed accordingly. 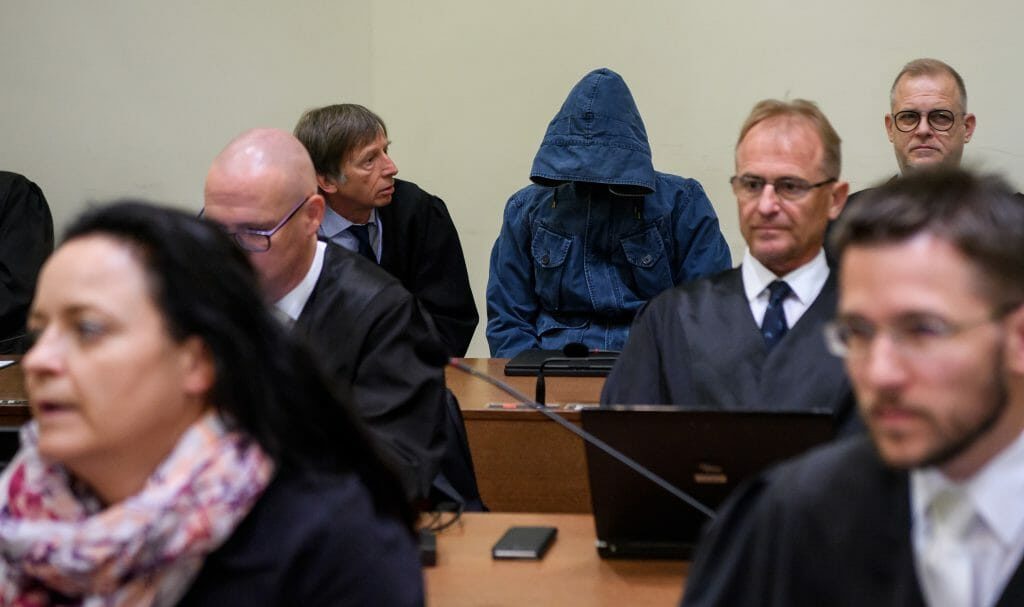 Co-defendant Carsten S. (C) and main defendant Beate Zschaepe (L) arrive for the trial on terror charges in connection with the neo-Nazi NSU group at the Oberlandesgericht courthouse on June 5, 2018 in Munich, Germany. Photo by Joerg Koch/Getty Images)

22 Jul 2018 – The National Socialist Underground (NSU) trial is a trial encompassing eleven murders, bomb attacks and robberies perpetrated between the years of 2000 and 2007 by the extreme-right terrorist organization NSU. The NSU members Beate Zschäpe, Uwe Mundlos and Uwe Böhnhardt killed eight Turkish-Germans, one Greek and one German police officer between 2000 and 2007. The members also organized three bomb attacks over the course of this period. Within the case, Beate Zschäpe, the only living member of the NSU, was tried as the principal defendant on the charges of killing ten people, being a member of a terrorist organization and plotting bomb attacks. Although the motivations underlying the murders are not clear, it is thought that the terrorist organization aimed to intimidate immigrant shopkeepers and spread fear among foreigners as most of the victims were small business owners of Turkish descent. The trial has stirred public reaction since the judge has not issued any penal or legal action regarding the 24 witnesses who drew attention with their racist remarks and who were found to have some ties with the NSU, and tried only five people as part of such this large-scale organized crime case. Aside from Beate Zschäpe, four others were also tried on the charges of supporting and providing weapons to the organization.

What is the NSU?

It is predicted that Beate Zschäpe, Uwe Mundlos and Uwe Böhnhardt, who were born in Jena, Germany, met during the mid-1990s and established the NSU. Drawing attention with the racist and neo-Nazi events they organized, NSU members faced police surveillance after a short while. On January, 1998, police units were notified about the group’s preparation for an attack. Upon this notice, the police carried out a search in the garage of the group militants’ house, after which the group thought that they were deciphered and started to go underground.

During this period, the organization committed 15 bank robberies to finance themselves. Although it was announced that Uwe Benhardt and Uwe Mundlos committed suicide in a caravan when they understood that they were about to be caught following their bank robbery in 2011, there are many speculations regarding their death. Meanwhile, Beate Zschäpe, the only female member of the organization, set fire to the house where she lived with the other members and tried to destroy the video footage belonging to the NSU, which included the confessions of the murders. As Zschäpe turned herself in four days after the deaths of the other NSU members, the connection between the murders and the organization started to be unveiled. Although it is alleged that the NSU consists of only three members, there is a common belief in public that this number is actually much higher.

The NSU trial, which caused a burdensome cost to the German state, was finalized after five years of proceedings. It is suggested that the trial continued for such a long time since it encompassed a great deal of serious offenses including ten murders, 15 robberies and three bomb attacks, whereas the available data and documents pertinent to the incidents were insufficient. It took four years to collect evidence and complete the files. Another reason for the extension of the trial might be the frequent change in the judges and attorneys assigned to the case upon the requests of defendants.

The principal defendant – Beate Zschäpe – did not answer any of the questions directed to her until 2015, which also obstructed the trial. Zschäpe changed her defense strategy with her lawyers in 2015 and claimed that she has no relation with the murders and learnt about the incidents after they took place. She only took responsibility for setting fire to the house where she lived with the other two militants. Due to Zschäpe’s strategy of remaining silent, many aspects of the murders could not be illuminated and the court had to resort to a large number of witnesses and experts in order to collect evidence and documents. To that end, more than 600 people spoke as witnesses or experts. A total of 14 defense attorneys, more than 90 co-plaintiffs and 60 lawyers defending them got involved in the trial, which is among the main reasons for its extension.

The shady deaths of the eyewitnesses testifying as part of the trial is among the main aspects of the issue that is left in the dark. Throughout the five-year-long trial process, seven witnesses passed away. While some of them died from natural causes or diseases, the deaths of others raised doubts in public. To illustrate, the death of Melissa M. is among the shady ones. She died in a motorcycle accident only a month after testifying in court as part of the trial. Another witness for the NSU trial and an ex-member of German intelligence Thomas Richter was also found dead in his home during the course of the trial. But the most suspicious death during the trial was the death of Corinna B., a close friend of the main suspect Beate Zschape. Shortly before testifying to the research committee for the trial, Corinna was announced dead due to unknown causes. It does not seem likely that the deaths of witnesses during this trial were a mere coincidence.

The NSU trial is known in Germany as the trial of the century due to being the longest and most complex trial of the post-war era.

German intelligence agencies and the NSU

One of the biggest questions left unanswered by the NSU trial is the relationship between the organization and German intelligence agencies. It is not yet clear how the NSU managed to avoid police until its detection in 2011 despite committing crimes that would otherwise attract high scrutiny. It is also known that German intelligence constantly monitors far-right extremist organizations and has undercover members in such organizations.

It was revealed that hours after members of the organization were captured and committed suicide and NSU’s sole living member Beate Zschape surrendered to the police, a German intelligence agency member had destroyed files on undercover agents. Cologne Prosecutor’s office had launched an investigation regarding this person in 2014 but the trial was closed after a 3.000-euro payment. It was also revealed that in 2012 the German Military Intelligence Agency MAD contacted NSU member Uwe Mundlos and suggested cooperation, but the latter declined this offer. The public response was significant after it became public knowledge that MAD had a file on Mundlos but chose to destroy it rather than present it to the investigation committee for the trial.

Secondly, during the last murder committed by the NSU, the murder of Halit Yozgat in a cafe, German intelligence agency member A. Temme was present in the location but claimed that he did not notice the murder because he was busy chatting on his computer. In addition, after the existence of a report on the NSU in Hessen state intelligence agency was revealed in 2017, the report was on court order restricted from public view for 120 years, which also raised suspicions.

Due to the fact that many intelligence files likely to be linked to the NSU were either destroyed or restricted to access, the link between German intelligence agencies and the NSU remains unclear.

The NSU trial and the public reaction

While the trial ended on Wednesday with Beate Zschape being sentenced to life in prison as expected, the ten-year sentence given to Wohlleben for supplying the organization with Ceska brand guns was met with confusion among the public since the prosecutor had asked for a fourteen-year sentence. Another decision of the court that caused disappointment among the plaintiffs and the public were the short sentences given to the defendants who were convicted of supporting the organization, the longest being 3 years. The neo-Nazis who followed the trial in the court room even clapped as the sentence of one such supporter, Andre Eminger, was being announced. Alexander Hoffman, one of the lawyers representing the plaintiffs, emphasized the shortness of this sentence by saying, “What this sentence means to supporters of terrorist groups is that they can go and commit whatever act they want and the consequence will only be two and a half years in prison.”

The NSU trial, since its beginning, has been followed very closely by Germans against racism, civil initiatives and journalists. In this regard, protests titled “Not Yet Over” (Kein Schlussstrich) were organized throughout Germany, demanding the NSU case to not be closed after the end of the trial. The families of the victims and the German public are also in agreement that certain aspects of the trial were left insufficiently investigated; aspects such as how and why the victims were chosen, how the organization acquired the guns it used and the relationship between German intelligence and the NSU.

German official authorities throughout the trial did not adopt a constructive stance that would help uncover aspects of the trial that went insufficiently investigated. Thus, the process that started in Germany with the NSU trial is unlikely to be truly finished until institutional racism in the country is faced and addressed accordingly.