Why SLĀV’s Cancellation Was the Right Decision

Artists have freedom to express truths and ideas, including uncomfortable and provocative ones, but that freedom must be used ethically. 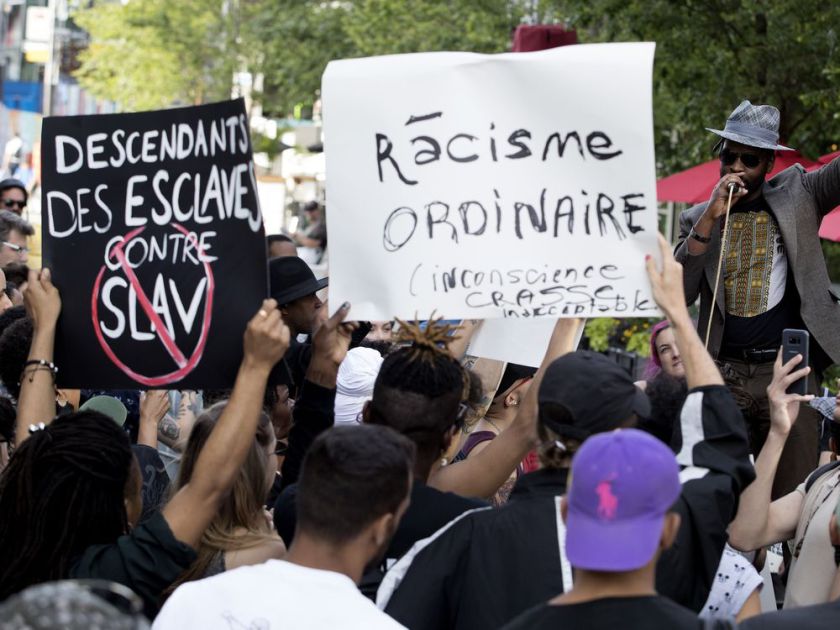 Cultural freedom is sacred, but it is essential to behave ethically in exercising that freedom. And ethical considerations do not permit the production of a show about black slavery without an equitable participation of black people. In the case of SLĀV, a theatrical odyssey centred on the songs of African-American slaves and forced labourers, directed by iconic techno-artist Robert Lepage and starring celebrated singer/musical director Betty Bonifassi, no such ethics were respected.

In the face of protests and mounting criticism, the Montreal International Jazz Festival finally made the right decision, and announced Wednesday that the remaining performances of the show were cancelled.

That SLĀV would spark justified outrage should have been predictable. The production whitewashes a deeply troubling African-American history in the name of artistic freedom. It is an act of cultural appropriation — nothing new for Lepage, who has time and again proven himself a pro at it, as seen in shows like The Dragons’ Trilogy and Zulu Time, and in his continued practice of colour-blind casting that seems to privilege white actors to play non-white characters.

It should be said that for SLĀV, Lepage and Bonifassi did consult with Aly Ndiaye (also known as Webster), a black hip-hop artist and historian. He strongly stressed the importance of hiring black actresses to play black characters.

The songs of SLĀV were those sung by enslaved Africans mourning for lost loved ones under extraordinarily punishing circumstances. Yet, to the exclusion of black artists, Bonifassi was in the lead role and four of the six of the show’s other performers were white actresses, singing slave songs and picking cotton. Their very presence onstage was a historical distortion. Lepage and Bonifassi showed no sensitivity to the fact that the songs were embedded in the deeply violent and wounding memory of slavery, racism and oppression. Bonifassi, who says she doesn’t “see colours,” simply professed: “We don’t talk about black and white in the show.” Yet race and colour were central to black slavery.

Cultural appropriation is not an acceptable way to explore the history of slavery, oppression, migration and mass incarceration. If Bonifassi and Lepage wish to consider these histories, I would invite them to honour, respect and appreciate people of colour as well as contribute to dismantling systemic racism. I do not, however, invite them to use their iconic position to reproduce and maintain oppressive structures.

An alternative to cultural appropriation is cultural exchange, in which people from diverse cultures and colours would come together as different but equal to learn from each other and create art. Such a cultural exchange would transcend colonial history and beliefs as well as transform misconceptions and misrepresentations into truth.

SLĀV isn’t a fictional narrative — it is a show built on artifacts of a people’s suffering, and those people are noticeably absent from the stage. Had Lepage and Bonifassi consulted and actively worked with black artists, beyond their two choir members, SLĀV wouldn’t have been a show of slavery, oppression, migration and mass incarceration. It would have been a show of resistance and liberation.

Rahul Varma is a Montreal playwright and artistic director of Teesri Duniya Theatre.