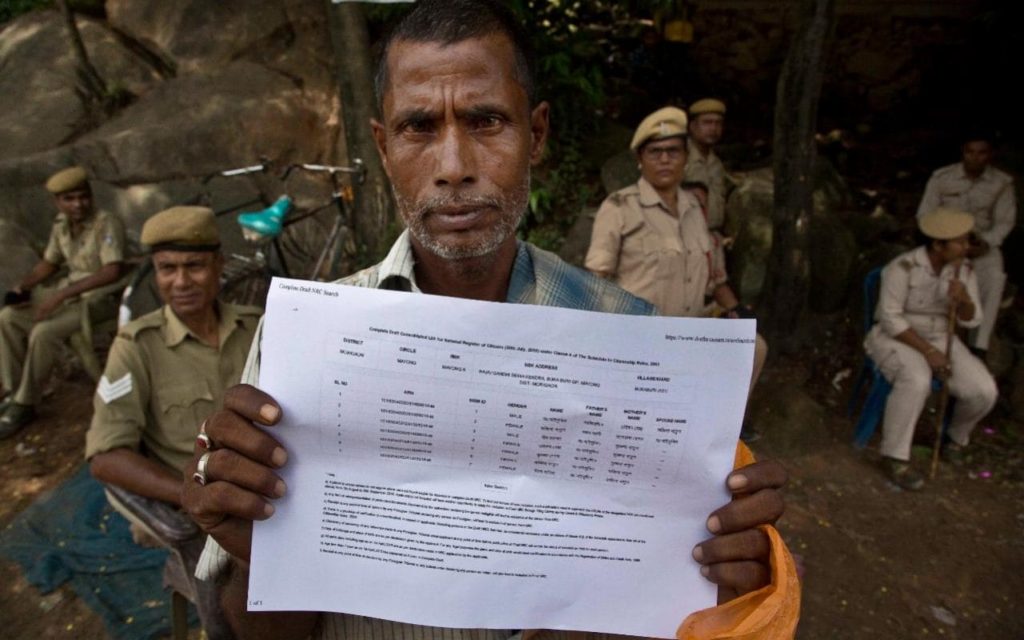 Muhammed Mainuddin shows his name on a sheet collected from the National Register of Citizens draft center in Mayoung as India released a list of its citizens in Assam.

30 Jul 2018 – India was braced for unrest in its north eastern Assam state today after the authorities declared some four million residents to be foreigners, effectively stripping them of their citizenship and raising fears of deportation.

The residents, mostly Muslims of Bangladeshi origin, were deemed ‘stateless’ as India published its draft list of citizens deemed to have entered the country before 1971, when millions fled Bangladesh’s war of independence into the state.

The government released its final draft of Assam’s National Registrar of Citizens (NRC) in what many claim is as an effort by Narendra Modi, the Indian prime minister, to target Muslims hostile to his BJP nationalist party ahead of elections next year.

But in a bid to quell growing unrest officials insisted no one would face immediate deportation to Bangladesh from where they had migrated decades ago and that all those deemed foreigners had the right to appeal.

The authorities on Monday also placed the Indian Army on standby and deployed over 40,000 state police and paramilitary personnel across the state.

“This is just a draft and not the final list” India’s census commissioner Sailesh, who uses only one name, told reporters in Guwahati, the state’s principal city.

“Based on the draft there is no question of anyone being taken to detention centres”, he stated adding that the four-week long appeal process would begin on 30 August and last till 28 September.

“Ample scope will be given to people for making objections” Sailesh declared. 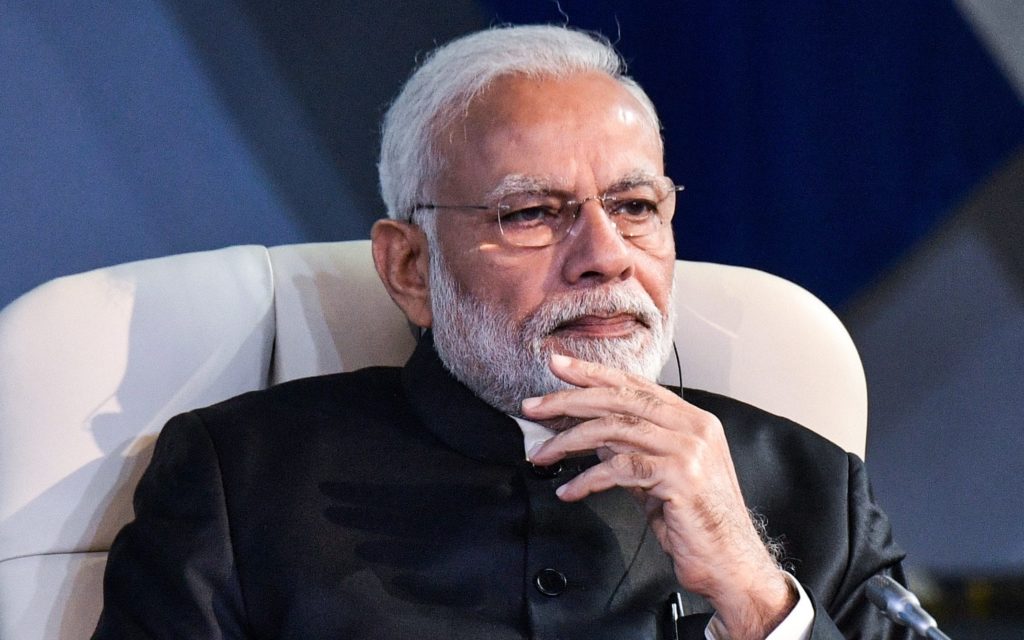 Narendra Modi’s critics see the citizenship test as a means of ridding the state of its Muslims. Credit: Alexei Nikolsky/TASS

To be eligible for Indian citizenship, all Assam residents were required to produce documents proving that they or their families had lived in the state before March 24, 1971, the day before the war for Bangladesh’s liberation from Pakistan began.

Following independence from Britain, the Indian sub-continent was divided between India and West and East Pakistan- largely Bengali – separated by some 1,370 miles of unfriendly territory.

Political and ethnic differences led to East Pakistan declaring independence from Islamabad in 1971.

And in the brutal military crackdown that followed tens of thousands of refugees, mostly Muslims but also Hindus, fled to Assam with which their country shares a 165-mile long border.

Over years, this resulted in a demographic change in tea and oil-rich Assam, with many of its 32 districts becoming Muslim-majority areas. Locals accused the refugees of taking their jobs and cornering resources and resentment between Hindus and Muslims grew.

Antipathies eventually led to an anti-Muslim pogrom in 1983 in which over 2,100 people were chased and killed by machete-wielding Hindu mobs in some 14 villages across the state.

This bloodshed resulted in the Assam Accord two years later, which decreed that anyone who could not prove that they had come to the state before March 1971 would be expelled and their names deleted from the electoral rolls.

The subsequent verification process to determine citizenship that began recently, however, was ambiguous, as a large number of Assamese, like in other parts of India, are illiterate and posses few if any documents proving their identity or resident status.

Many of those declared stateless were women who were born in Assam, got married there and raised families, but still had no documentation to support their claims as they believed they did not require them.

Critics see the citizenship test as a means of ridding the state of its Muslims who are reportedly the largest affected ethnic group to be declared stateless.

Some commentators claim that by targeting Muslims, the BJP aims to unite Hindus to vote for it in the upcoming general elections in early 2019.

The BJP has also reiterated that illegal Muslim migrants would be deported to Bangladesh.

But Bangladesh, burdened by the Rohingya refugee crisis, has indicated no willingness to accept a new lot of expatriates, increasing the possibility of India creating the latest lot of stateless people with nowhere to go.