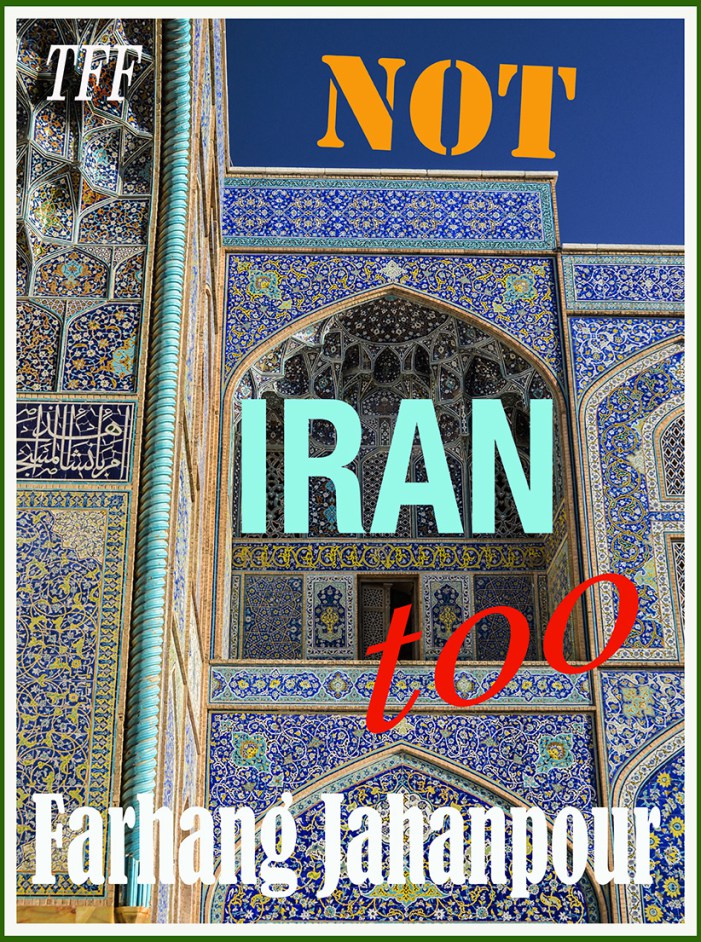 12 Sep 2018 – Just over 100 years ago, Britain, France, Germany and Russia ruled half of the world – most of Europe, all of Africa, South Asia, most of Southeast Asia, and most of the Pacific region. They dominated China and were of course influential everywhere else.

During the past century, including the two devastating World Wars when the West resorted to mechanised butchery and industrialised slaughter, more than 170 million people, mainly civilians, were killed.

The West introduced unprecedented levels of totalitarianism and oppression by inventing and ruling through Communism, Fascism, Nazism, slavery and apartheid.

Some six million Jews perished as the result of the Holocaust, in the same way that European adventurers and settlers had carried out the genocide of tens of millions of native populations of the Americas, Australia and New Zealand.

After the end of the Second World War and the intensification of colonialism, the world was divided between the Western Capitalist camp and the Eastern Communist camp. At times, the rivalry between the two blocs brought the whole world to the brink of extinction, the best-known example of which was the Cuban missile crisis.

That is one incident that is relatively well-known but there were a number of close calls, some of them not even covered by mainstream media, and some of them became known only decades later.

As General Lee Butler, the former Chief of U.S. Nuclear Forces said: “We were just lucky to survive”.

The rivalry between the two superpowers extended to many countries in Asia and Africa, as most countries had to attach themselves to one of the two camps in order to remain immune from the threat of the other superpower.

Although fortunately the two superpowers did not engage in direct confrontation, there were many proxy wars fought between them at the expense of other people in Korea, Vietnam, and many other countries in Asia, the Middle East and Africa.

With the collapse of the Soviet Union, the United States became the sole “hyper-power” and for a while ruled the world almost unopposed. Thus, for a while, we had the era of unipolar American ascendance and hegemony throughout the world.

The American military boasted that it had “full-spectrum dominance” on land, in air and sea, and even in space. America’s military spending is almost equal to the military spending of all other countries combined, if one adds up the money that is spent on the CIA and other 16 American intelligence organisations. 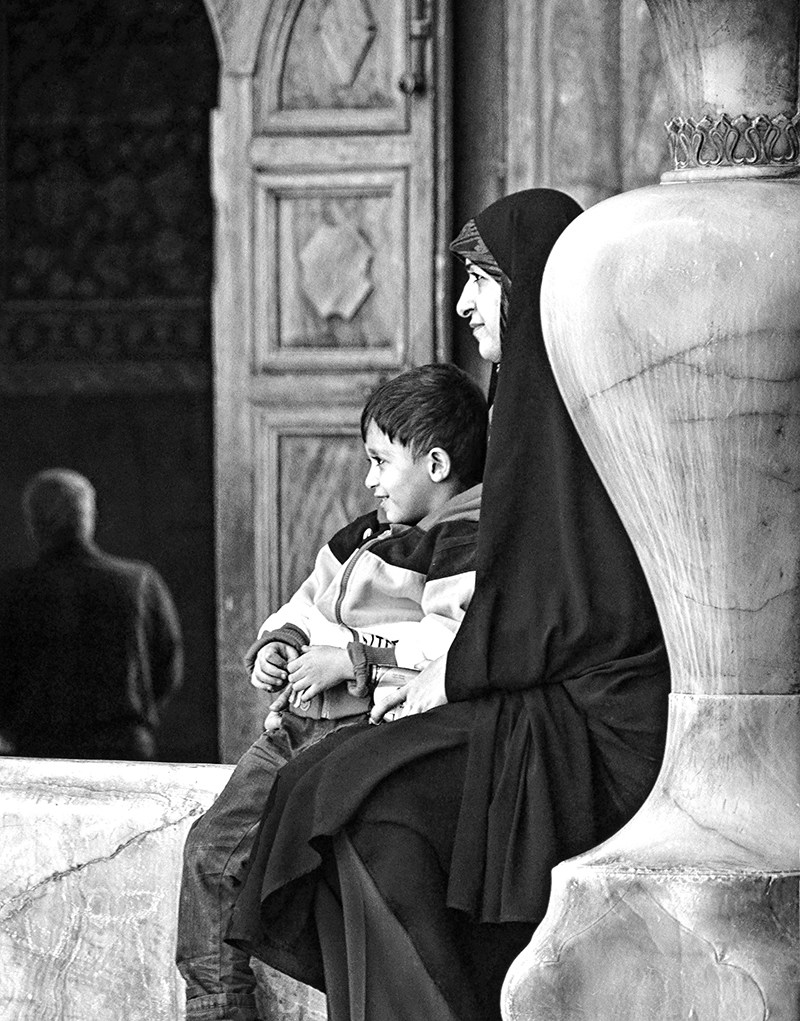 The irruption of Islam into the political landscape, in Iran and in many Islamic countries, is viewed as an anachronism.

The Islamic Revolution in Iran 40 years ago caught everybody by surprise, and ever since the establishment of the Islamic Republic, America has tried by different means to bring it down and replace it with a pro-Western regime.

Since the revolution, Iran has been under various degrees of sanctions, as well as different plots to crush it.

The terrorist acts committed by a small number of militant Muslims, who often have grudges against their own rulers or against the countries that have invaded and destroyed their countries, are attributed to an inherently violent Islamic doctrine. 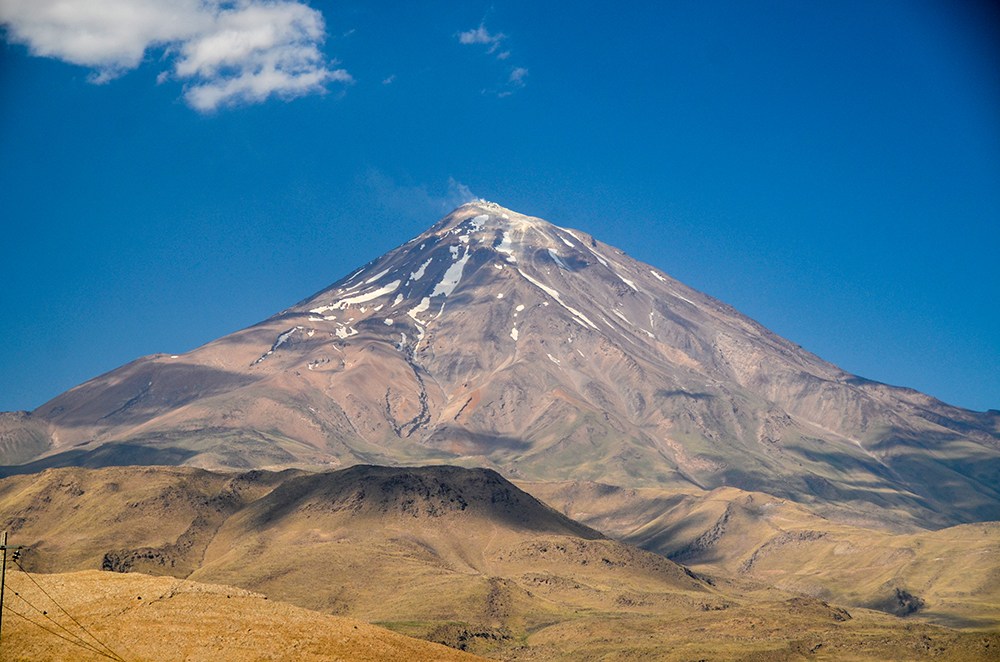 The disastrous wars in Iraq, and the Western attempts at regime change in Afghanistan, Iraq, Syria, Libya, Yemen and elsewhere have given rise to the most virulent and dangerous forms of terrorism, as represented by militant Sunni groups under various names, such as the al-Nusra Front, or the so-called Islamic State in Iraq and Syria (ISIS).

These groups overran a large area of territory in Iraq and Syria and nearly toppled the governments of those countries.

However, although Iran has been at the forefront of fighting those terrorist groups, no sooner were those groups defeated and on retreat that Iran again occupied the position of the main bogey and the “biggest sponsor of terrorism in the world” as the Americans would have it.

It is important to point out that terrorism has not been limited to Muslims.

As Olivier Roy, one of the greatest scholars of radical movements, explains in his book, The Failure of Political Islam:

“A strange Islamic threat indeed, which waged war only against other Muslims (Iran/Iraq) or against the Soviets (Afghanistan) and caused less terrorist damage than the Baader-Meinhoff gang, the Red Brigade, the Irish Republican Army, and the Basque separatist ETA, whose small-group actions have been features of the European political landscape longer than Hizbullah and other jihad movements.” (See Olivier Roy, The Failure of Political Islam, I.B. Tauris, 1994, Preface, p ix).

No one criticises Christianity for the activities of those terrorist gangs, but any terrorist action carried out by a crazy Muslim or a radical Islamic group is often attributed to Islam.

This is not to say that terrorist acts committed by various Muslim groups against local rulers or against Western targets are not serious. They are very serious and have to be dealt with. There has been an ominous intensification of such terrorist acts in various countries, and if they remain unchecked, they may pose serious problems in the future too.

The defeat of ISIS does not necessarily mean the end of terrorism, which may reveal itself in a different guise and more diverse forms, as we have seen in various European countries.

America has also paid a high price as the result of the activities of some terrorist groups.

We have witnessed the terrorist activities in the United States by Omar Abd al-Rahman and his associates who were originally involved in the assassination of President Sadat, and also the massive bombings at American embassies in Kenya and Tanzania where again Muslim groups were implicated.

Of course, we had the most devastating example of that form of terrorism in the events of 9/11.
However, an over-emphasis on the Islamic nature of these grievances can become a self-fulfilling prophecy and can create a situation that is much more difficult to deal with. 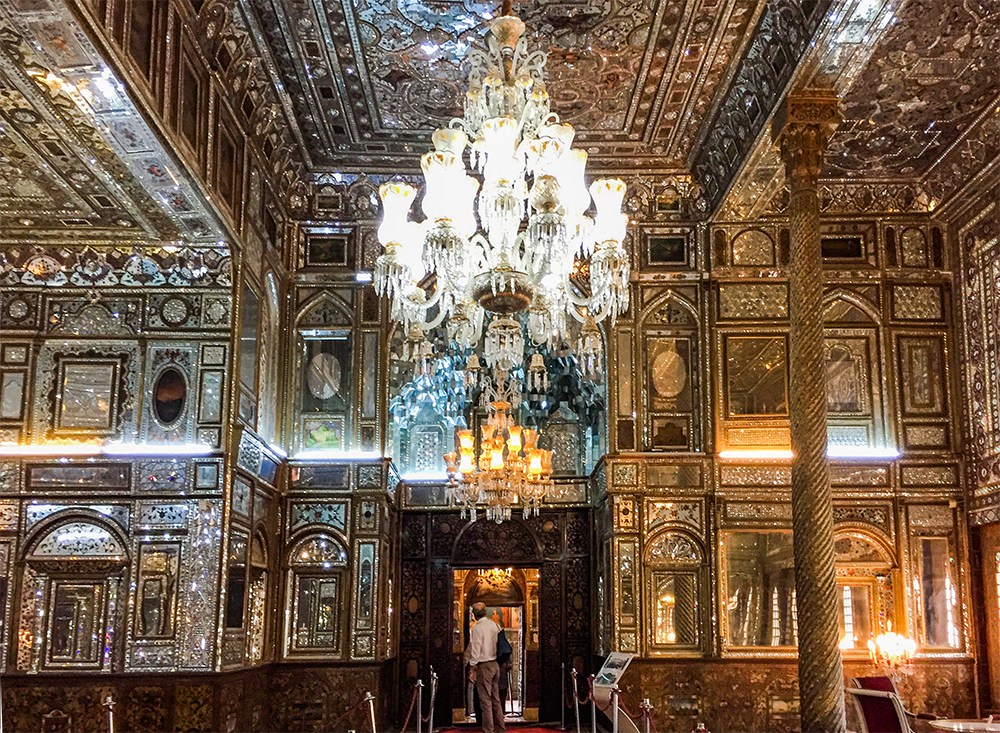 At the same time, many unrelated terrorist activities in America and Europe have also been attributed to Muslims.

Shortly after the Oklahoma City bombing on 19 April 1995, a leading British columnist Bernard Levin, writing in “The Times”, pondered:

“Do you realise that in perhaps half a century, not more, and perhaps a good deal less, there will be wars in which fanatical Muslims will be winning? As for Oklahoma, it will be called Khartoum-on-the-Mississippi, and woe betide anyone who calls it anything else.”(Quoted in John Esposito, The Islamic Threat: Myth or Reality (Oxford University Press, 1999), p. 235).

I remember seeing the cover story of a British tabloid newspaper on the same day that published a photograph of the bombed building and a dead child with the caption: “In the name of Islam.”

Of course, none of those newspapers apologised for their mistake when it was made clear that the Oklahoma bombing had been carried out by a friend and associate of the Christian teacher David Koresh, the founder of a Christian messianic movement, called Branch Davidians Sect.

The attack was carried out on the anniversary of the attack on Koresh’s headquarters in Waco, Texas, that had set fire to the whole compound killing Koresh and at least 79 others, including many women and children.

As it happens, I was watching television when the news of the attack on Koresh’s compound was being broadcast live. The forces of US Bureau of Alcohol, Tobacco, and Firearms who had been sent to arrest David Koresh drilled a hole through the wall of the compound and pumped gas through it to force the people inside to come out.

The gas was set aflame when it came in contact with fire inside, and the whole compound was set ablaze, flames spreading very fast as the result of a strong wind. It is incredible that no one had thought of having some fire engines or ambulances ready in case of the attack going wrong. It was horrendous to watch dozens of men and women and children being burnt alive before the fire engines finally arrived.

Even when it was established that David Koresh had originally been a member of the Seventh Day Adventist Church who claimed to have the gift of prophecy, later calling himself a prophet, he and his movement were referred to as members of a cult, not as Christian fundamentalists or Christian terrorists.

The founder of the Davidian movement, Victor Houteff, was a keen student of the Bible and taught Bible study classes, attracting large groups of Seventh Day Adventists.

Like many fundamentalist Christians, Houteff believed that God will have a judgement upon his people and have a purification in his church, resulting in only 144,000 people surviving. He wanted to establish the Davidic kingdom in Palestine, Texas.

Koresh shared many of Houteff’s views, but went a step further. He wanted to implement God’s orders and establish a Davidic kingdom in Jerusalem. In 1985, he traveled to Israel, where he claimed that he had a vision that he was the modern-day Cyrus, the saviour of Jews, hence his name Koresh, the Persian version of Cyrus.

There were similar anti-Islamic outbursts after the crash of the TWA Flight 800 on 17 July 1996. I remember distinctly that the day after the crash, the BBC studio announcer interviewing an American official asked if the bomb explosion on the aircraft had been connected with the attack on an American air base in Khobar, Saudi Arabia. 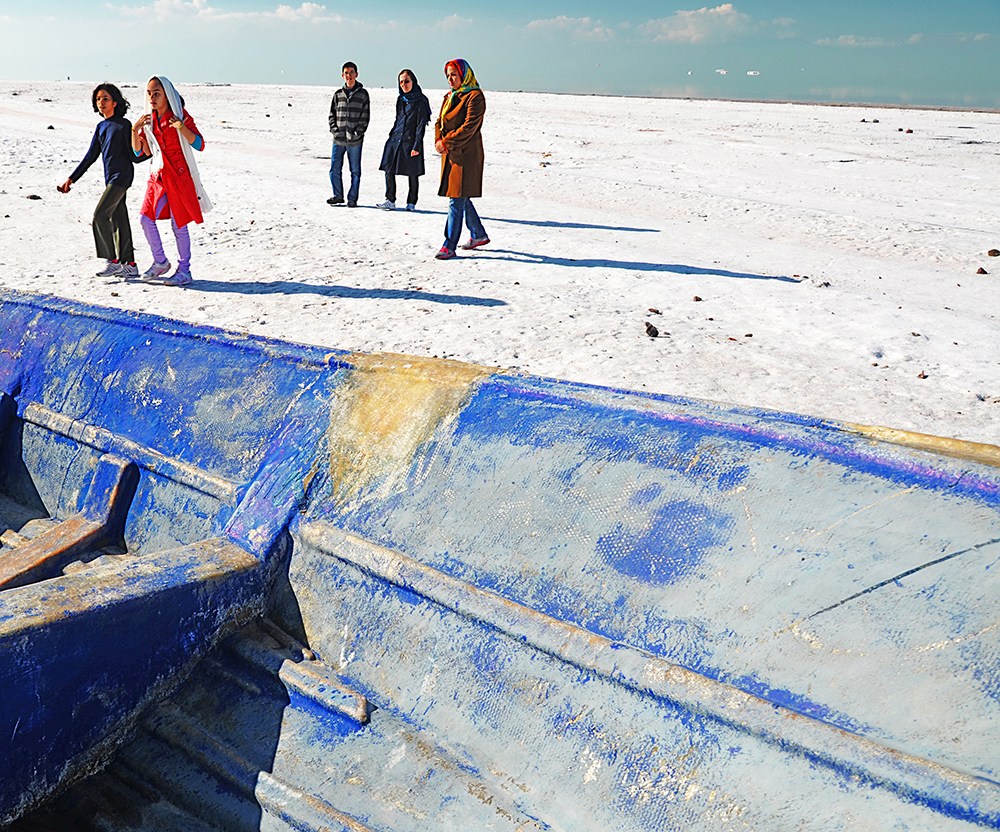 An exhaustive and costly investigation finally concluded that the cause of the accident had been the explosion of flammable fuel vapours in a fuel tank. However, the harm had already been done, and in the minds of millions of traumatised viewers and listeners, the deadly explosion had been attributed to Muslim terrorists.

The day after the news was announced, one of the tabloid newspapers devoted its entire front page to the picture of a Muslim school with the caption “Government surrender to segregation.”

Although there are hundreds of Church of England, Catholic and Jewish schools in Britain, yet in the case of one Islamic school there was the use of emotion-charged terms such as “surrender” and “segregation.”

Britain is one of the most tolerant, multicultural and compassionate societies in the world. It has provided shelter to millions of Asians and Africans and to people of all faiths and none.

British Muslims are perhaps more integrated into British society than is the case with Muslims in other European countries.

Nevertheless, even here there has been, and to some extent there still is, a feeling of hostility towards Muslims, that has been described as Islamophobia.

A report by the Runymede Trust, a race-relations think-thank, compiled by a committee composed of some senior Christian, Muslim and Jewish scholars and religious figures published on 28th December 1996, concluded that Britain had become a nation of Muslim haters, and Islamophobia was in danger of becoming institutionalised, unless the law was changed to outlaw religious as well as racial discrimination.

“In 20 years it has become more explicit, more extreme, more pernicious and more dangerous… [it] is part of the fabric of everyday life in modern Britain, in much the same way that anti-Semitic discourse was taken for granted earlier in this century.” (For the text of the report see ‘The Observer’ magazine, 29th Dec. 1996).

Great strides have been made since then in outlawing religious discrimination, but recent terrorist attacks have again revived a feeling of hostility and suspicion towards Muslims. 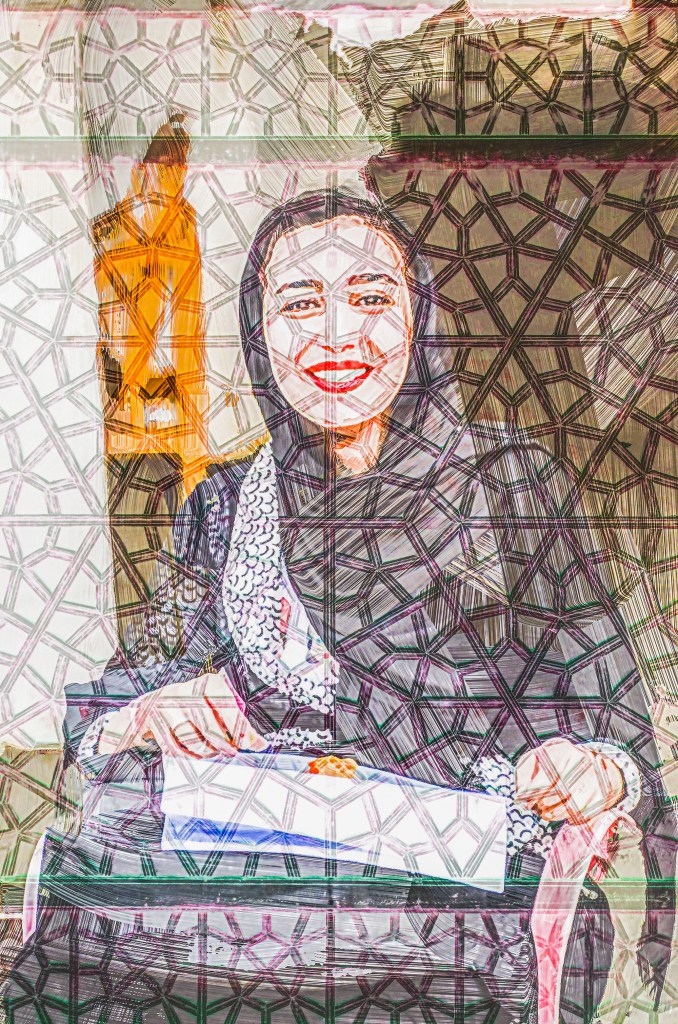