Are Sanctions against Myanmar’s Military Enough?

In one year, over 700,000 Rohingya Muslims have fled their homes in Myanmar’s Rakhine state, but the weight of the international response to their persecution has been dubious. 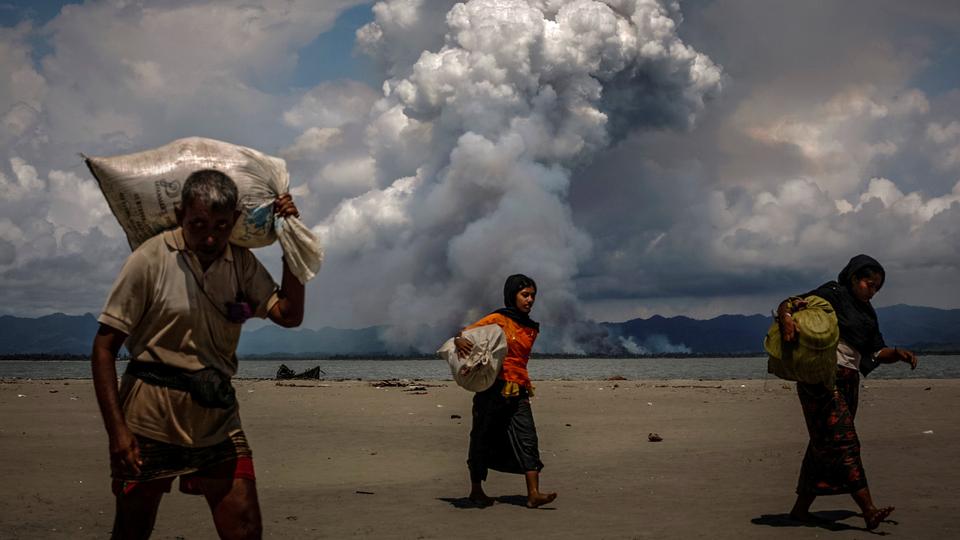 More than 900,000 Rohingya, an ethnic and religious Muslim minority in Myanmar, live in Bangladesh’s Cox’s Bazar district, the vast majority in camps, according to UNICEF. September 11, 2017. (Reuters)

27 Sep 2018 – It was Myanmar’s top brass that gave the green light to war-hardened soldiers who went to “crush the kalar [a racial epithet]” in Rakhine state. Their actions triggered the mass exodus of panic-struck Rohingya Muslims across the border into Bangladesh. Over 700,000 Rohingya have fled killings, torture and rape in the last year, leaving nothing but the burning embers of their lives behind.

At least 6,700 Rohingya were killed in the first month of violence, which started at the end of August 2017, aid agency Doctors without Borders (MSF) estimated. But Rohingya list makers put the final tally at more than 10,000 people.

A UN fact-finding mission has called the Myanmar army’s tactics genocide. But despite the strong, polished tones of the UN, the alleged atrocities against the Rohingya have been carried out with impunity.

There have been a smattering of pledges to investigate certain acts but not enough to cover the gamut of atrocities committed against Rohingya over the last year. Moves to mete out justice so far are tiny blots on what is otherwise a glaring problem.

Rohingya Muslims, along with other ethnic minorities in Myanmar are subject to intense forms of discrimination.

Though they ethnically originate from Rakhine and have been living within the borders of Myanmar for centuries, in Myanmar, they are widely believed to be — unwelcome — migrants from Bangladesh. The Rohingya refute this version of events but eventually were even stripped of their Myanmar citizenship. They are often called “kalar,” a pejorative term used for the Rohingya, referring to those of south Indian descent.

Myanmar is a nation that prides itself on its Theravada Buddhism roots.

All of this is a result of decades of state policy and religious teachings that have become embedded in the national psyche. The persecution of the Rohingya Muslims might never end unless state policies that foment this kind of bias and persecution are changed. That could take decades. 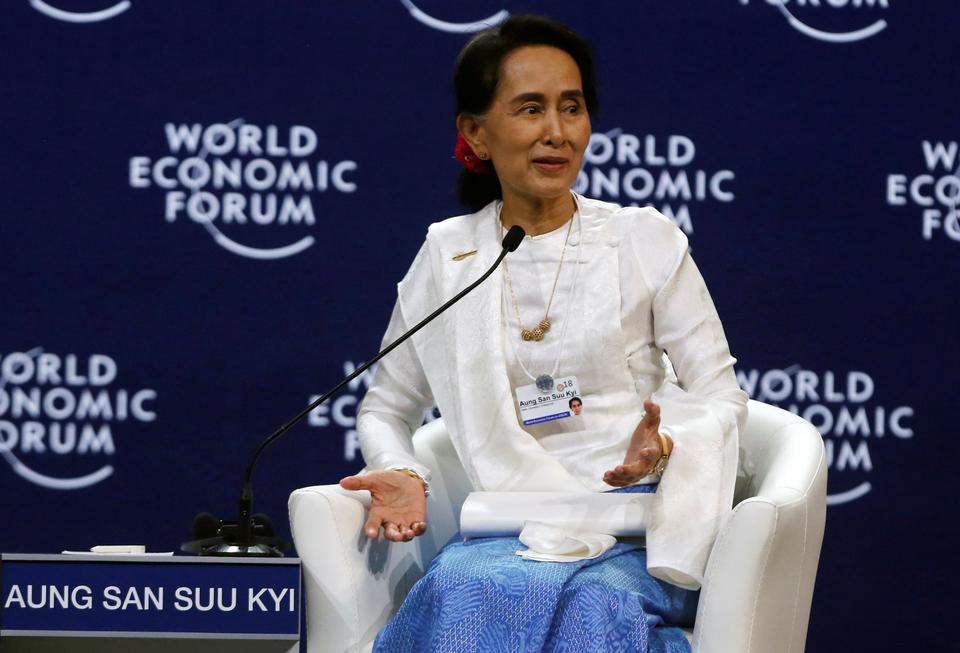 Sanctions or a placebo effect?

The United States blacklisted four commanders and two units of security forces – these measures blocked property these military officers own within US jurisdictions and prohibit US citizens from engaging in transactions with them.

An initial round enforced restrictions on visas, arms and sales and assistance to Myanmar’s military.

But the Trump administration has stopped short of enforcing these sanctions on the highest members of Myanmar’s military.

The European Union imposed sanctions on seven Myanmar security officials, which involved asset freezes and visa bans from the EU, after the bloc extended an arms embargo and prohibited any training of or cooperation with Myanmar’s armed forces.

But this is not enough to stop the country from what the former UN human rights chief branded ethnic cleansing.

“In effect, the entire EU response to what is probably genocide of the Rohingya is to stop seven soldiers and police officers shopping in the EU,” Burma Campaign UK director Mark Farmaner told The Financial Times.

Critics point to how sanctions slammed on these generals do nothing to address root causes of the violence perpetrated against Rohingya Muslims among other ethnic minorities. They admit the sanctions could amount to an acknowledgement of the fact that crimes have been committed but are also a “half measure.”

Sanctions, also, cannot be effective unless they are properly enforced.

Documents obtained by POLITICO revealed that the US has been allowing relatives of Myanmar’s military officials to obtain visas despite a years-long ban on them doing so. This watery enforcement of sanctions comes even after the Trump administration pledged to hold perpetrators accountable for crimes committed against the Rohingya.

“If the goal is to really squeeze the killer generals, to make them feel the pain and stop the atrocities and reverse the genocide then I think the current call for sanctions is not going to do anything,” co-author of “The Slow Burning Genocide of Rohingya in Myanmar” Maung Zarni told TRT World.

“It is simply an aspirin for a patient who needs an operation.” 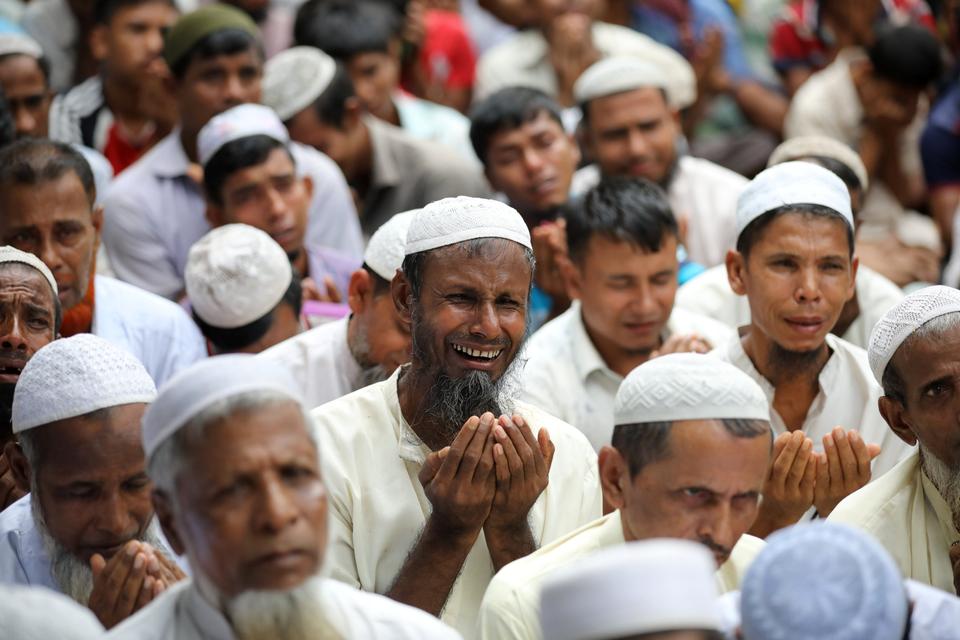 Rohingya refugees pray as they take part in a protest at the Kutupalong refugee camp to mark the one-year anniversary of their exodus in Cox’s Bazar, Bangladesh. August 25, 2018. (Reuters)

The current sanctions aren’t working; what next?

Observers seem to differ over what the right choice is.

Some suggest levying blanket sanctions, involving the suspension of aid, loans and grants to the government which also uses the money for Rohingya detention camps it runs in Rakhine state, even at “the risk of transitional suffering.”

Liam Mahony, who authored papers for the UN on Myanmar in 2015 and 2017, argues in an interview with IRIN that aid organisations pulling services out of the detention holds, which have been likened to concentration camps, could work towards the end goal of affording more rights to the Rohingya.

“The point of pulling out of the camps is to force the government to either resolve the cause of the suffering – which is deliberate imprisonment, and not a humanitarian disaster – or accept the onus of providing services that any government is responsible to provide for those it imprisons,” said Mahony.

But there remains the possibility that a block on aid would not deter the Myanmar government from committing atrocities.

“The Burmese government, Suu Kyi’s government and the military have shown that they don’t care if the Rohingya or other ethnic IDPs and refugees suffer in appalling conditions and die,” Farmaner told TRT World.

Sanctions, however, could be more effective as a compound measure rather than a single-track approach. One of these measures would involve bringing a halt to business with military owned or controlled companies.

“No sales of equipment, no financial or consulting services, trying to cut off their access to financial market in the systems,” Farmaner told TRT World.

“If you are going to have a visa ban then it ought to be a visa ban imposed on all military personnel, not just a handful of military and security people,” he added. 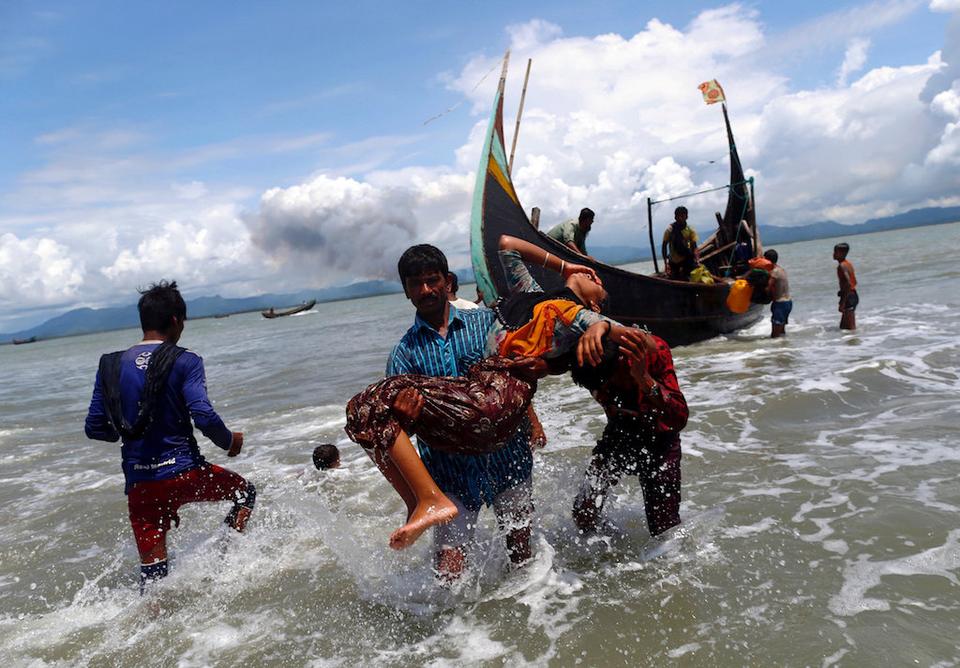 An exhausted Rohingya refugee woman is carried to the shore after crossing the Bangladesh-Myanmar border by boat through the Bay of Bengal, in Shah Porir Dwip, Bangladesh. September 11, 2017. (Reuters)

Hitting them in the pocket is fine and all, but what about the thump of the gavel?

Genocides and war crimes in the past have resulted in special prosecutions in international courts and tribunals. For such action to be taken against Myanmar’s generals, a case must be referred to the International Criminal Court by all five member states of the United Nations Security Council, including China, an ally of Myanmar.

“Burma is seen as a strategic component of China’s long-term strategy. China wants to access the Indian ocean,” said Zarni.

But Farmaner said the fear of Chinese or Russian influence should not prevent the UN Security Council from taking up the measure.

“Everyone is looking for Plan B without having tried Plan A,” Farmaner told TRT World.

Other options that have been floated around include setting up a special international tribunal and forming a coalition of UN member nations which commit to preventing the Myanmar government from persecuting Rohingya Muslims.

“I would advocate for holding an international conference. The establishment of a small but committed coalition of Muslim and non-Muslims governments,” Zarni told TRT World.

One thing is clear —  as long as the generals and other persons from Myanmar accused of orchestrating the attacks on Rohingya Muslims remain untouchable, they will continue to persecute the religious and ethnic minority.

“The real justice is when the victims have their own place on earth where they can live in peace, raise their families and build their own future —  within or without Myanmar,” Zarni said.