He Got Schizophrenia. He Got Cancer. And Then He Got Cured.

A bone-marrow transplant treated a patient’s leukemia — and his delusions, too. Some doctors think they know why. 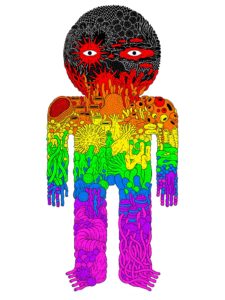 29 Sep 2018 – The man was 23 when the delusions came on. He became convinced that his thoughts were leaking out of his head and that other people could hear them. When he watched television, he thought the actors were signaling him, trying to communicate. He became irritable and anxious and couldn’t sleep.

Dr. Tsuyoshi Miyaoka, a psychiatrist treating him at the Shimane University School of Medicine in Japan, eventually diagnosed paranoid schizophrenia. He then prescribed a series of antipsychotic drugs. None helped. The man’s symptoms were, in medical parlance, “treatment resistant.”

A year later, the man’s condition worsened. He developed fatigue, fever and shortness of breath, and it turned out he had a cancer of the blood called acute myeloid leukemia. He’d need a bone-marrow transplant to survive. After the procedure came the miracle. The man’s delusions and paranoia almost completely disappeared. His schizophrenia seemingly vanished.

Years later, “he is completely off all medication and shows no psychiatric symptoms,” Dr. Miyaoka told me in an email. Somehow the transplant cured the man’s schizophrenia.

A bone-marrow transplant essentially reboots the immune system. Chemotherapy kills off your old white blood cells, and new ones sprout from the donor’s transplanted blood stem cells. It’s unwise to extrapolate too much from a single case study, and it’s possible it was the drugs the man took as part of the transplant procedure that helped him. But his recovery suggests that his immune system was somehow driving his psychiatric symptoms.

At first glance, the idea seems bizarre — what does the immune system have to do with the brain? — but it jibes with a growing body of literature suggesting that the immune system is involved in psychiatric disorders from depression to bipolar disorder.

The theory has a long, if somewhat overlooked, history. In the late 19th century, physicians noticed that when infections tore through psychiatric wards, the resulting fevers seemed to cause an improvement in some mentally ill and even catatonic patients.

Inspired by these observations, the Austrian physician Julius Wagner-Jauregg developed a method of deliberate infection of psychiatric patients with malaria to induce fever. Some of his patients died from the treatment, but many others recovered. He won a Nobel Prize in 1927.

One much more recent case study relates how a woman’s psychotic symptoms — she had schizoaffective disorder, which combines symptoms of schizophrenia and a mood disorder such as depression — were gone after a severe infection with high fever.

Modern doctors have also observed that people who suffer from certain autoimmune diseases, like lupus, can develop what looks like psychiatric illness. These symptoms probably result from the immune system attacking the central nervous system or from a more generalized inflammation that affects how the brain works.

Indeed, in the past 15 years or so, a new field has emerged called autoimmune neurology. Some two dozen autoimmune diseases of the brain and nervous system have been described. The best known is probably anti-NMDA-receptor encephalitis, made famous by Susannah Cahalan’s memoir “Brain on Fire.” These disorders can resemble bipolar disorder, epilepsy, even dementia — and that’s often how they’re diagnosed initially. But when promptly treated with powerful immune-suppressing therapies, what looks like dementia often reverses. Psychosis evaporates. Epilepsy stops. Patients who just a decade ago might have been institutionalized, or even died, get better and go home.

Admittedly, these diseases are exceedingly rare, but their existence suggests there could be other immune disorders of the brain and nervous system we don’t know about yet.

Dr. Robert Yolken, a professor of developmental neurovirology at Johns Hopkins, estimates that about a third of schizophrenia patients show some evidence of immune disturbance. “The role of immune activation in serious psychiatric disorders is probably the most interesting new thing to know about these disorders,” he told me.

Studies on the role of genes in schizophrenia also suggest immune involvement, a finding that, for Dr. Yolken, helps to resolve an old puzzle. People with schizophrenia tend not to have many children. So how have the genes that increase the risk of schizophrenia, assuming they exist, persisted in populations over time? One possibility is that we retain genes that might increase the risk of schizophrenia because those genes helped humans fight off pathogens in the past. Some psychiatric illness may be an inadvertent consequence, in part, of having an aggressive immune system.

Which brings us back to Dr. Miyaoka’s patient. There are other possible explanations for his recovery. Dr. Andrew McKeon, a neurologist at the Mayo Clinic in Rochester, Minn., a center of autoimmune neurology, points out that he could have suffered from a condition called paraneoplastic syndrome. That’s when a cancer patient’s immune system attacks a tumor — in this case, the leukemia — but because some molecule in the central nervous system happens to resemble one on the tumor, the immune system also attacks the brain, causing psychiatric or neurological problems. This condition was important historically because it pushed researchers to consider the immune system as a cause of neurological and psychiatric symptoms. Eventually they discovered that the immune system alone, unprompted by malignancy, could cause psychiatric symptoms.

Another case study from the Netherlands highlights this still-mysterious relationship. In this study, on which Dr. Yolken is a co-author, a man with leukemia received a bone-marrow transplant from a schizophrenic brother. He beat the cancer but developed schizophrenia. Once he had the same immune system, he developed similar psychiatric symptoms.

The bigger question is this: If so many syndromes can produce schizophrenia-like symptoms, should we examine more closely the entity we call schizophrenia?

Some psychiatrists long ago posited that many “schizophrenias” existed — different paths that led to what looked like one disorder. Perhaps one of those paths is autoinflammatory or autoimmune.

If this idea pans out, what can we do about it? Bone marrow transplant is an extreme and risky intervention, and even if the theoretical basis were completely sound — which it’s not yet — it’s unlikely to become a widespread treatment for psychiatric disorders. Dr. Yolken says that for now, doctors treating leukemia patients who also have psychiatric illnesses should monitor their psychiatric progress after transplantation, so that we can learn more.

And there may be other, softer interventions. A decade ago, Dr. Miyaoka accidentally discovered one. He treated two schizophrenia patients who were both institutionalized, and practically catatonic, with minocycline, an old antibiotic usually used for acne. Both completely normalized on the antibiotic. When Dr. Miyaoka stopped it, their psychosis returned. So he prescribed the patients a low dose on a continuing basis and discharged them.

Minocycline has since been studied by others. Larger trials suggest that it’s an effective add-on treatment for schizophrenia. Some have argued that it works because it tamps down inflammation in the brain. But it’s also possible that it affects the microbiome — the community of microbes in the human body — and thus changes how the immune system works.

Dr. Yolken and colleagues recently explored this idea with a different tool: probiotics, microbes thought to improve immune function. He focused on patients with mania, which has a relatively clear immunological signal. During manic episodes, many patients have elevated levels of cytokines, molecules secreted by immune cells. He had 33 mania patients who’d previously been hospitalized take a probiotic prophylactically. Over 24 weeks, patients who took the probiotic (along with their usual medications) were 75 percent less likely to be admitted to the hospital for manic attacks compared with patients who didn’t.

The study is preliminary, but it suggests that targeting immune function may improve mental health outcomes and that tinkering with the microbiome might be a practical, cost-effective way to do this.

Watershed moments occasionally come along in medical history when previously intractable or even deadly conditions suddenly become treatable or preventable. They are sometimes accompanied by a shift in how scientists understand the disorders in question.

We now seem to have reached such a threshold with certain rare autoimmune diseases of the brain. Not long ago, they could be a death sentence or warrant institutionalization. Now, with aggressive treatment directed at the immune system, patients can recover. Does this group encompass a larger chunk of psychiatric disorders? No one knows the answer yet, but it’s an exciting time to watch the question play out.

Moises Velasquez-Manoff, the author of An Epidemic of Absence: A New Way of Understanding Allergies and Autoimmune Diseases and an editor at Bay Nature magazine, is a contributing science writer.

A version of this article appears in print on Sept. 30, 2018, on Page SR7 of the New York edition with the headline: When Cancer Meets Schizophrenia.