India, in a First, Sends Seven Rohingya for Deportation to Myanmar

In violation of international law, India is deporting Rohingyas back to Myanmar with an ongoing genocide. 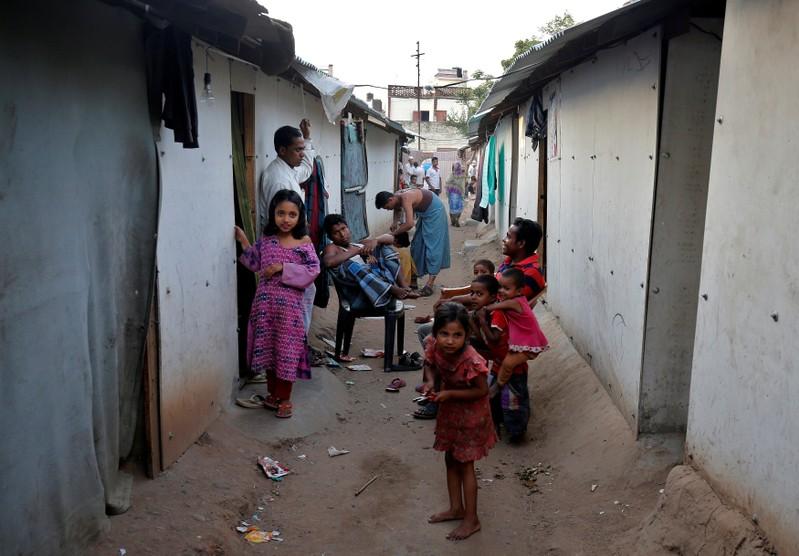 FILE PHOTO: People belonging to Rohingya Muslim community sit outside their makeshift houses on the outskirts of Jammu May 5, 2017. REUTERS/Mukesh Gupta/File Photo

3 Oct 2018 – Indian police bussed seven Rohingya Muslims to the border today to be deported to neighboring Myanmar for illegal entry, officials and activists said, the first such move against the community.

An estimated 40,000 Rohingya, a largely stateless Muslim minority, live in India after having fled violence and persecution in Buddhist-majority Myanmar’s Rakhine state over the years. The seven men being sent back had been held in prison since 2012 for illegal entry.

Bhaskar Jyoti Mahanta, additional director general of police in the northeastern state of Assam, said that the seven men would be handed over to Myanmar authorities on Thursday [4 Oct].

“This is a routine procedure, we deport all illegal foreigners,” Mahanta said.

But a U.N. human rights official said the forcible return of the Rohingya was a violation of international law.

“The Indian government has an international legal obligation to fully acknowledge the institutionalized discrimination, persecution, hate and gross human rights violations these people have faced in their country of origin and provide them the necessary protection,” the UN’s Special Rapporteur on racism, Tendayi Achiume, said in a statement.

An official at the UN refugee agency said conditions in Rakhine were not conducive for the safe, dignified and sustainable return of the Rohingya.

More than 700,000 Rohingya, according to U.N. agencies, have escaped Rakhine to neighboring Bangladesh over the past year, bringing accounts of mass killings, arson, and rapes by the Myanmar army.

Many continue to flee, saying conditions in Rakhine are no better than last year.

India’s move comes as its top court hears a case filed against the government order calling for the deportation of the Rohingya.

Cheryl D’souza, a lawyer for the petitioners, said it was important that such deportations “aren’t allowed to happen under the cover of darkness”.

Nearly 200 Rohingya are known to be detained in India on charges of illegal entry, according to the UN.

Myanmar’s government spokesman, Zaw Htay, did not answer telephone calls on Wednesday from Reuters seeking comment on the handover of the men. Last month, he said he would no longer speak to the media over the phone but only at a biweekly conference.

The Supreme Court in New Delhi has agreed to hear the matter of the seven Rohingya on Thursday, D’souza said.

Here is the directive (“memo”) from the Special Branch dated 27 Sept 2018 – signed by the deputy commissioner of police intelligence services (SB) in New Delhi: 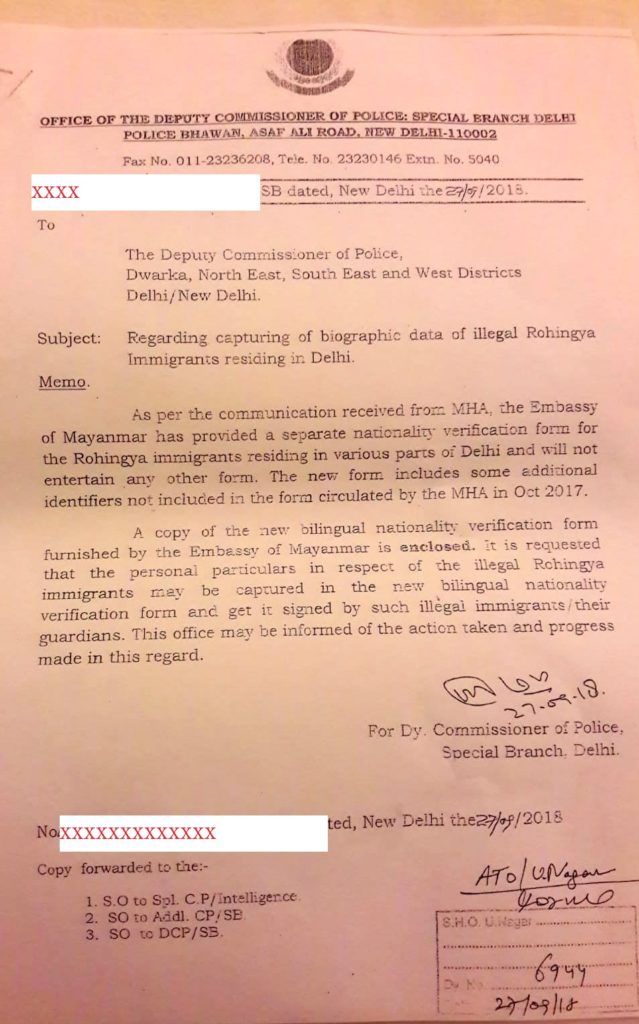