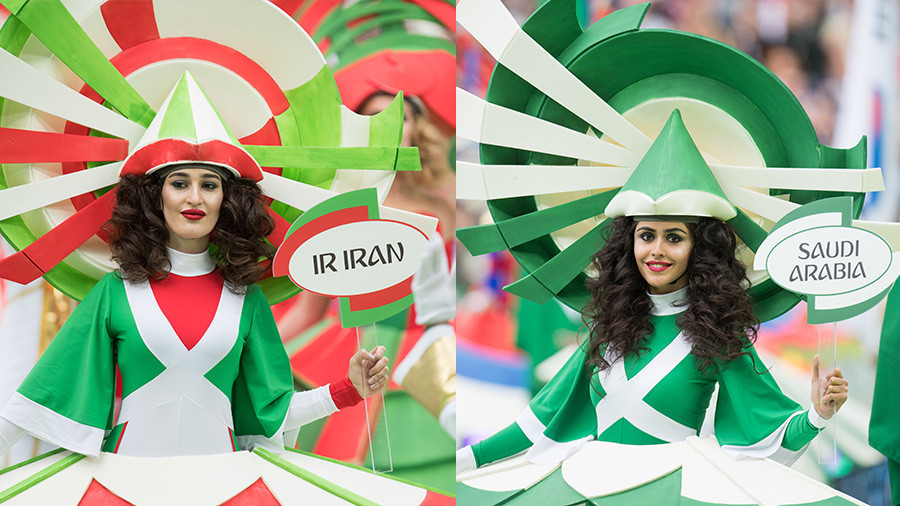 10 Oct 2018 – The rivalry between Iran and Saudi Arabia has for decades roiled the Middle East with sectarian conflict, instability and war. Thinking about how the region would look if these two powerhouses normalized relations is intriguing.

But, sadly, such an outcome is unrealistic.

When President Trump recently spoke contemptuously of the Saudi rulers, saying“they wouldn’t last two weeks without US military protection”, it was a candid moment of truth.

However, US neocolonialism as it currently exists, will endeavor to always prop up the Saudi rulers no matter how despotic.

American power and Saudi rulers are a symbiotic scourge on the region, which, shamefully, will never permit restoration of relations with Iran.

Iran’s Foreign Minister Mohammad Javad Zarif, in a recent interview with Al Jazeera, made an offer of dialogue with Saudi Arabia in a bid to create political settlements across the region. It was not the first time that Tehran has extended a hand of friendship towards Riyadh.

Earlier this year, Zarif told the Council on Foreign Relations in New York that a “strong Middle East” depends on Iran and Saudi Arabia working together along with other Gulf Arab states.

“None of us can become the new hegemon,” said Zarif. “The era of hegemonic influence is long gone,” adding that “neither Iran nor Saudi Arabia” can dominate the oil-rich region. He called for a new forum of dialogue between neighboring states in which Iran and Saudi Arabia should show leadership by setting aside their differences.

The Iranian diplomat hinted that the Arab states and the Persian nation must try to forge a regional independence from outside interference, a hint aimed at the historic role of the United States as a military supporter of Saudi Arabia.

“Security cannot be purchased,” said Zarif. Instead, it requires mutual “understanding in the region”.

In a powerful comment, the diplomat noted: “In an attempt to be the strongest in the region… we have managed to destroy the region.”

Indeed, the decades-old rivalry between Saudi Arabia and Iran has come at a blood-soaked cost. The Iran-Iraq War (1980-88) was largely stoked by the Saudi rulers sponsoring Iraqi dictator Saddam Hussein.

More recently, the war in Yemen, in which millions of children are facing starvation, has been fueled by Saudi claims that Iran is trying to destabilize its Arabian backyard by supporting Houthi rebels. Both Iran and the rebels deny the claim.

There are also ongoing sectarian tensions in Lebanon and Bahrain where Saudi Arabia and Iran face off through local proxies.

Surely, the wars in Syria and Iraq have been greatly exacerbated by Saudi interventions driven by Riyadh’s geopolitical antagonism with Iran.

The recent overture from Tehran for dialogue with Saudi Arabia seems magnanimous in the aftermath of the terror attack in Iran’s southwest city of Ahvaz last month, when 29 people were killed after militants opened fire on a military parade. Iran accused Saudi Arabia of having a hand in the atrocity by lending support to Arab separatists who carried it out. Saudi Arabia denied any involvement.

Over a year ago, another terror attack in Tehran left 12 dead when gunmen shot up the parliament building and the mausoleum dedicated to the late Supreme Leader Ayatollah Ruhollah Khomeini.

That assault followed provocative comments made by the Saudi heir to the throne, Crown Prince Mohammed bin Salman, in which he vowed to “take the battle into Iran”.

Regrettably, a rapprochement between Iran and Saudi Arabia is highly unlikely, despite the good sense for the region and in spite of Iran’s willingness to engage.

Apart from bringing peace and stability, one potential benefit would be that the Muslim nations are empowered to speak with one voice in support of Palestinian national rights. Part of the reason why Israel is emboldened to continually frustrate Palestinian aspirations for statehood is the lack of unity among Muslim states due to the Saudi-Iranian antagonism.

But, as noted, the chances of normalization between Iran and Saudi Arabia are slim, if not negligible.

It must be said the ideological disposition of Saudi rulers militates against mutual engagement. The fundamentalist Wahhabi religion at the core of Saudi state power is premised on an abiding hostility towards Shia Islam, the dominant form of Islam in Iran.

Saudi Wahhabism and related Salafism are extreme versions of the Sunni branch of Islam, which view Shia as “infidels” to be persecuted. This ideology is one factor in why the Saudi-sponsored jihadists in Syria and Iraq have acted with such brutality towards Shia and others whom they view as “non-believers”.

The Saudi heir – and de facto leader at the young age of 33 – claimed that Iran wants to overthrow the House of Saud and impose its Shia religion over the Arabian Peninsula, usurping the Holy Mosques of Mecca and Medina.

This theological obsession with Iran runs through the House of Saud, but the Crown Prince seems to have a particular aversion towards Iran. Given that he could potentially be the ruler of Saudi Arabia for decades to come his irrational hostility does not bode well.

But perhaps more important as an obstacle to detente is the power relations between the US, Saudi Arabia, the other Sunni Arab kingdoms and Israel.

Washington’s ambitions to dominate the oil-rich region have always depended on patronizing the Saudi and related monarchs, as well as Israel. Like Israel, Washington has always seen advantage in keeping the region divided and ultimately weak as a bloc.

That is why the aspirations of Iran’s Zarif about “regional unity and strength” are somewhat naive or misplaced. A united Middle East of Arab and Muslim oil-producing nations is exactly what the US and its ally Israel do not want. It would be anathema to them.

To avoid such “calamity”, Washington has assiduously encouraged the bitter Sunni-Shia divide that most characterizes the Saudi-Iranian relationship.

It is no coincidence that immediately following Iran’s Islamic revolution in 1979 the US fostered Saudi Arabia and the other Sunni Arab states to embrace even more fundamentalist ideology. The latter was seen by Washington as a bulwark against the spread of Iranian influence in the region.

For the monarchical regimes, the notion of popular revolution is seen as a mortal threat to their hold on power. Saudi Arabia has only been in existence as a state since 1932. The House of Saud’s grip on power and immense privilege is far from secure. And in that insecurity, the Saudi rulers have tended to see Iran’s more progressive politics as a nemesis.

Such nemesis also applies to America’s neocolonialist interests in the region. If the House of Saud and related monarchs were to collapse, then Washington’s hegemonic ambitions would be dealt a grievous blow from the impact on the dollar as oil trade currency, as well as loss of weapons sales. Hence, it is in both their interests to never engage cordially or constructively with Iran.

Peaceful relations may only come when American and Saudi power are democratized.