8 Nov 2018 – Dozens of Rohingya Muslims in Myanmar and Bangladesh have boarded boats to try to reach Malaysia, officials and aid workers said today, raising fears of a fresh wave of such dangerous voyages after a 2015 crackdown on people smugglers. 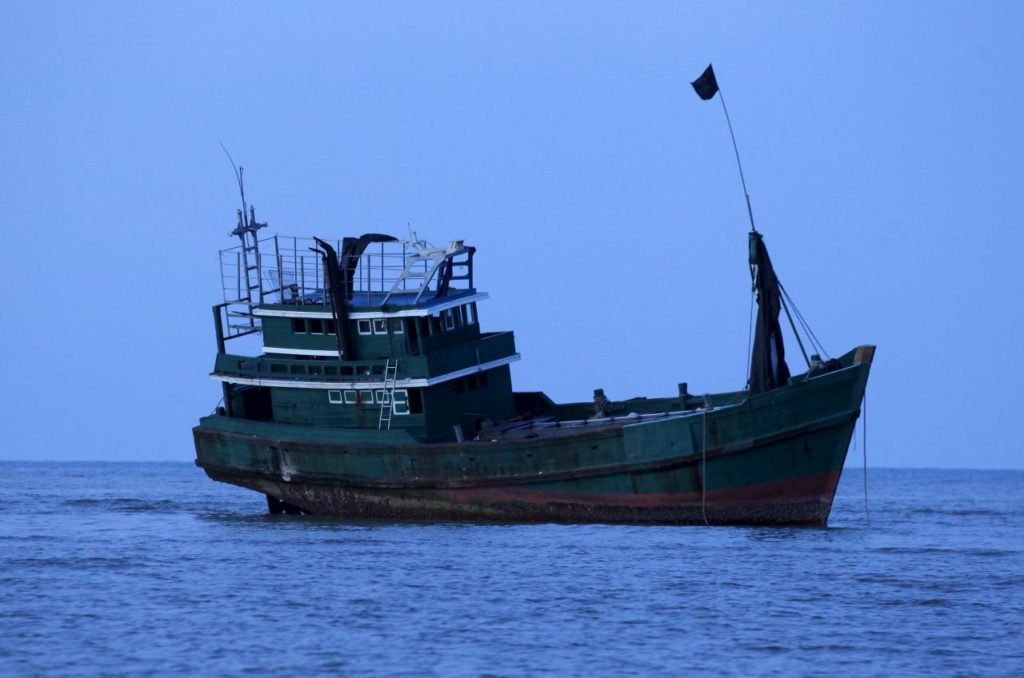 FILE PHOTO: Abandoned boat which carried Rohingya and Bangladeshi migrants from Thailand is found off the coast near the city of Kuta Binje, Indonesia’s Aceh Province May 20, 2015. REUTERS/Beawiharta

One boat attempted to set sail from the southern coast of Bangladesh on Wednesday, the coast guard said, while several vessels left Rakhine state in western Myanmar, according to Rohingya leaders, aid workers and a monitoring group.

Officials detained 33 Rohingya and six Bangladeshis aboard a fishing boat bound for Malaysia in the southeastern part of the Bay of Bengal, said Foyezul Islam Mondol, the head of the coast guard in southeastern Teknaf upazila.

A spokeswoman for the U.N refugee agency in Myanmar said the organization had heard “similar reports” of boats leaving the country but could not confirm their location.

“With the prospect of boat movements increasing following the end of the monsoon season, it is increasingly urgent for the authorities to take measures to address the root causes of displacement…and create conditions which foster social cohesion and economic opportunities for all communities,” the spokeswoman said.

A Myanmar government spokesman could not be reached for comment. Kyaw Swar Tun, deputy director of the Rakhine state government, said he was unaware of any boats leaving.

More than 700,000 Rohingya, members of a persecuted Muslim minority, fled Rakhine following an army-led crackdown in August last year, settling in sprawling Bangladeshi refugee camps, according to U.N. agency figures, while hundreds of thousands remain inside the country in internal displacement camps and villages.

Refugees say soldiers and local Buddhists carried out mass killings and rape during the violence last year, while the United Nations has accused the military of “genocidal intent”. Myanmar has denied almost all the allegations.

For years, Rohingya on both sides of the border have boarded boats organized by smugglers in the dry months between November and March, when the sea is calm. The perilous journey to Thailand and Malaysia, often undertaken in overcrowded, rickety vessels, has cost many lives.

Thailand cracked down on the trade after discovering a series of mass graves in 2015, leading to a crisis when smugglers abandoned their human cargo and left boats adrift in the Andaman Sea.

The new departures come as Myanmar prepares to take some of the refugees back after agreeing with Bangladesh to start repatriation on Nov. 15, despite widespread opposition from Rohingya, who say they will not return without guarantees of basic rights, including citizenship and freedom of movement.

The United Nations has said conditions in Rakhine, where Buddhists have protested against the repatriation, are not conducive for returns and the special envoy on human rights, Yanghee Lee, on Thursday urged a halt to the “rushed plans”.

Chris Lewa, director of the Arakan Project, which has a network of sources across Rohingya communities, said the threat of being sent back to Myanmar could be pushing refugees to turn to smugglers.

“The Rohingya are trapped,” she said when contacted by Reuters via phone. “They have nowhere to go. No one wants them, and now they face on top of that the threat of repatriation.”

On the other side of the border in Sittwe, the capital of Rakhine, tens of thousands of Rohingya have been languishing in internal displacement camps since a previous wave of violence in 2012.

Accounts of how many boats had left Myanmar differed. A high level of secrecy surrounds the smuggling operations.

An aid worker in Sittwe said they had received information that at least four boats had departed since the start of October, and some of them had already arrived in Malaysia. Some of those boarding the boats were women and children joining other family members, the aid worker said.

“The living conditions in the camp are very bad and there’s not enough food to survive,” said Kyaw Hla, a Rohingya leader from Thae Chaung camp outside Sittwe, where he said one boat carrying some 80 people left last week.

“People are not able to stand against all these troubles, so they are deciding to leave,” he said. “There’s no hope for us here.”