Bangladesh is the only player in the Rohingya crisis that actually wants repatriations to take place. 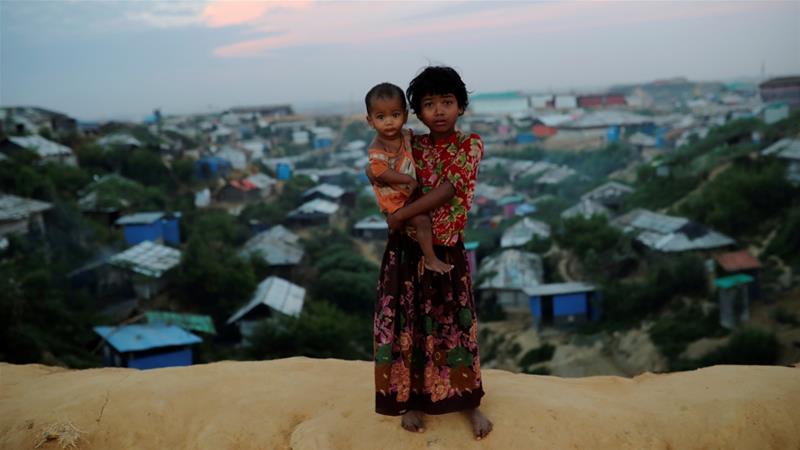 22 Nov 2018 – Earlier this month, Bangladesh and Myanmar attempted to repatriate thousands of Rohingya refugees currently residing in Bangladesh as part of a deal they had signed last November, but were eventually forced to postpone their plans amid intense international pressure.

More than 720,000 Rohingya fled Myanmar as result of a brutal military crackdown in August last year, taking shelter in crowded camps in Bangladesh and bringing with them harrowing tales of rape, murder and arson. Earlier this year, the United Nations’ Independent International Fact-Finding Mission on Myanmar classified the atrocities perpetrated by the country’s military as “genocide”. In its 440-page report on the crackdown, the mission revealed that the military has killed more than 10,000 people in a matter of months and used brutal methods like rape, sexual slavery, arson and abductions to force the Rohingya to leave the country.

Marzuki Darusman, chair of the UN fact-finding mission, also said the estimated 250,000 to 400,000 Rohingya who remained in the Buddhist-majority country following last year’s crackdown “continue to suffer the most severe” restrictions and repression. “It is an ongoing genocide that is taking place,” he said.

Myanmar, on the other hand, rejected the UN report, claiming the investigation was “flawed, biased and politically motivated”. Myanmar authorities consistently deny any atrocity ever against Myanmar’s Rohingya population, saying the country’s security forces only attack “armed rebels”.

Opinion: Rohingya repatriation: why the rush? by Charmain Mohamed

In light of all this, the rushed attempt to send the Rohingya refugees back to their home state caused concern in the international community and led many to question the reasons behind the eagerness of Bangladesh and Myanmar to swiftly start the repatriation process.

Perhaps Bangladesh wants to unload the burden of the refugees as soon as possible and Myanmar wants to partially repair its image in the international arena by showing some willingness to welcome back the Rohingya. While all this is understandable, there were major flaws in the process that led to the failed repatriation attempt.

First of all, the refugees themselves were absent from the bilateral negotiations on repatriation between the two neighbouring states – nobody asked them what they wanted to do.

“We want to return to Burma [Myanmar] as it is our motherland, we were born and brought up there,” said Abdul Jalil, a newly arrived Rohingya refugee I interviewed in September in the Balukhali camp in Bangladesh.

“But we experienced nothing but atrocities there since August last year – Burma turned into a ‘death hole’ for us,” he added. “Now you tell me, would you be willing to fall into a death hole?”

Other Rohingya men and women I interviewed there told me more or less the same thing: That they want to go back to their homeland, but only if Myanmar gives them legal recognition and their safety is guaranteed by an international body such as the UN High Commissioner for Refugees (UNHCR).

Nevertheless, even in the unlikely scenario that Myanmar agrees to meet these conditions, the safe repatriation of the Rohingya refugees may not be possible. The ethnic Burmese majority in Myanmar is highly sceptical of Muslims in general and the Rohingya minority in particular, and the events of the past year only accentuated these feelings.

Kyaw Soe Moe, the administrator of the Inn Din village in Myanmar’s Rakhine state – where most atrocities took place – told Britain’s Guardian newspaper in October that he does not believe “the Muslims will come back”. “No one wants the terrorists to come back,” he added.

Given that the Rohingya refugees in Bangladesh do not want to return to “a death hole” and many in Myanmar are reluctant to welcome back “terrorists”, it is possible to say, at least for now, any repatriation attempt is doomed to fail.

Myanmar is not mentally, politically, or logistically ready for the Rohingya refugees’ return and those in Bangladesh are not ready to go back to their “homeland” due to a persistent sense of insecurity.

Predictably, Bangladesh, an already overpopulated country whose infrastructure reached a breaking point following the arrival of the last batch of Rohingya refugees, is eager to start the repatriation process.

However, as was demonstrated by the failed attempt earlier this month, repatriation cannot take place without the agreement of the Myanmar authorities, the Burmese majority, the international community and, most importantly, the Rohingya refugees themselves. For now, none of the concerned parties – other than Bangladesh – genuinely believes the right conditions for the return of the Rohingya refugees are there.

Myanmar is not willing to bring the Rohingya refugees back. It is only appearing to be going along with Bangladeshi attempts to arrange their return to ease international pressure. The fact that the Rohingya villages in Rakhine are being prepared to be re-populated by “Rakhine, Chin, Bamar, and Hindu people from other parts of the country” clearly shows that Myanmar authorities have no real intention to welcome Rohingya back.

The international community is also not supporting the idea of repatriation at this time as NGOs active in the region and the UN agree that a rushed action would put the Rohingya at further risk. As Myanmar authorities are still refusing to give citizenship rights to the Rohingya, it is clear to many that what is waiting for them on the other side of the border is nothing more than the same apartheid conditions and threats that they faced prior to their escape.

Therefore, we need to ask ourselves: Who would benefit from rushed repatriation efforts other than the Myanmar authorities? Who would get an opportunity to pretend they are doing something to end the crisis? Can any repatriation deal convince the Rohingya that they will be safe in Myanmar, that they will have a dignified and productive life not clouded by fear?

Everyone who has been following the devastating ordeal of the Rohingya refugees undoubtedly wants the crisis to be resolved as soon as possible. However, rushed and forced repatriation is not the sustainable solution everyone is looking for.

Repatriation would only be acceptable if it takes place within the framework of reciprocal understanding, mutual trust and multilateral consensus between Bangladesh, Myanmar, international actors and the Rohingya. It would only succeed if it ensures the legal recognition, safety and dignity of the Rohingya population.

For now, such a repatriation deal does not appear to be within reach. We can talk repatriation if and when the Myanmar authorities take the necessary steps to convince the Rohingya people that they can be truly safe at home. Until then, the concerned parties should focus on easing the suffering of the Rohingya refugees and the burden on the Bangladeshi state.

Nasir Uddin is professor of anthropology at the Chittagong University, Bangladesh.