The Dalai Lama on Science and Spirituality

“What science finds to be nonexistent we should all accept as nonexistent, but what science merely does not find is a completely different matter.” 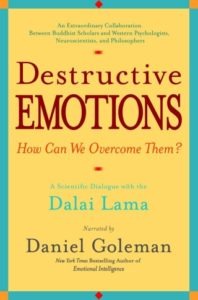 “The notion that science and spirituality are somehow mutually exclusive does a disservice to both,” Carl Sagan wrote in his final book nearly four centuries after Galileo made the same point in his famous letter defending his life.

A recent Pioneer Works conversation about science and spirituality with physicist Alan Lightman, based on his immensely insightful and poetic book on the subject, reminded me of a different, older conversation contemplating the relationship between these two hallmarks of the human experience.

In the early 1990s, shortly after receiving the Nobel Peace Prize, the Dalai Lama sat down for a five-day dialogue with a group of ten Western scientists and one philosopher of mind, seeking a scientific perspective on what Buddhism calls the Three Poisons: greed, hatred, and delusion — the primary classes of emotion that cause us to harm ourselves and those around us. The wide-ranging conversation, the synthesis of which was later published as Destructive Emotions: A Scientific Dialogue with the Dalai Lama (public library), aimed to bridge ancient spiritual practices and modern findings in biology, cognitive science, psychology, and neuroscience in an effort to reveal the human mind’s capacity to transcend its own fundamental flaws. 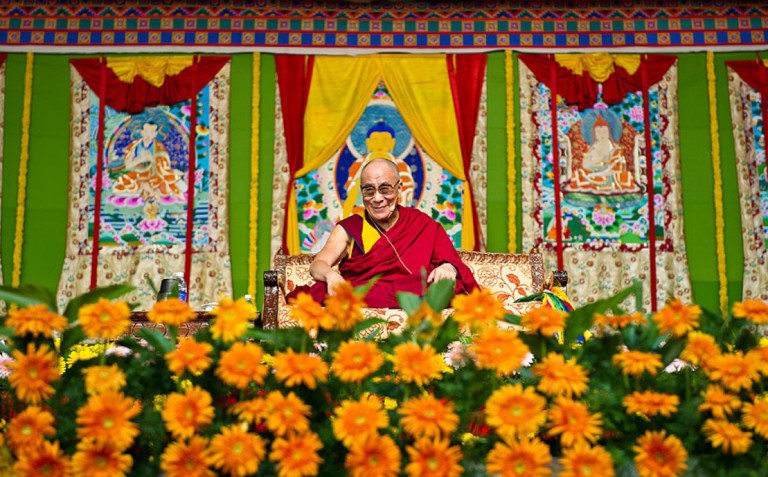 With an eye to the complementarity between Buddhism, which has been exploring the human mind for millennia, and Western science, whose neuroscience and psychology are barely a century and a half old, the Dalai Lama writes in the preface to the book:

Buddhism and science are not conflicting perspectives on the world, but rather differing approaches to the same end: seeking the truth. In Buddhist training, it is essential to investigate reality, and science offers its own ways to go about this investigation. While the purposes of science may differ from those of Buddhism, both ways of searching for truth expand our knowledge and understanding. 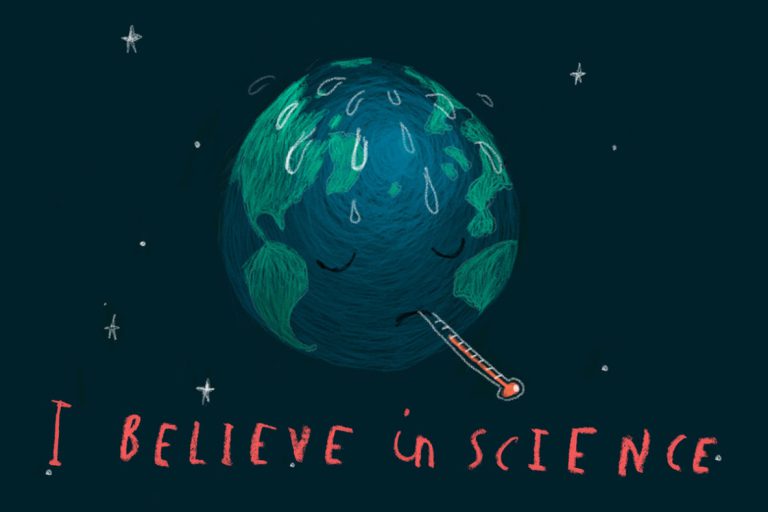 Four millennia after the Buddha laid down his tenets of critical thinking, known as The Charter of Free Inquiry, the Dalai Lama points to the scientific method as our mightiest tool in the pursuit of truth, but also insists on applying it to science itself:

I have often said that if science proves facts that conflict with Buddhist understanding, Buddhism must change accordingly. We should always adopt a view that accords with the facts. If upon investigation we find that there is reason and proof for a point, then we should accept it. However, a clear distinction should be made between what is not found by science and what is found to be nonexistent by science. What science finds to be nonexistent we should all accept as nonexistent, but what science merely does not find is a completely different matter. An example is consciousness itself. Although sentient beings, including humans, have experienced consciousness for centuries, we still do not know what consciousness actually is: its complete nature and how it functions. 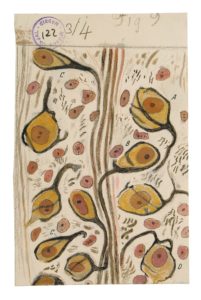 Calyces of Held — synapses made by axons carrying auditory information and contacting neurons in a brainstem structure called the trapezoid body. One of neuroscience founding father Santiago Ramón y Cajal’s stunning drawings of the brain.

The purpose of spirituality in a secular world, he argues, is that of a moral compass that tempers the destructive emotions that so often accompany our modern materialism. In consonance with Adam Gopnik’s insight into the essential nonreligious value of the Bible, the Dalai Lama echoes Martin Luther King’s assertion that “injustice anywhere is a threat to justice everywhere [for] whatever affects one directly, affects all indirectly,” and writes:

The more we pursue material improvement, ignoring the contentment that comes of inner growth, the faster ethical values will disappear from our communities. Then we will all experience unhappiness in the long run, for when there is no place for justice and honesty in people’s hearts, the weak are the first to suffer. And the resentments resulting from such inequity ultimately affect everyone adversely.

With the ever-growing impact of science on our lives, religion and spirituality have a greater role to play in reminding us of our humanity. What we must do is balance scientific and material progress with the sense of responsibility that comes of inner development. That is why I believe this dialogue between religion and science is important, for from it may come developments that can be of great benefit to mankind.

The concrete manifestations of and path to that civilizational benefit is what the remainder of Destructive Emotions explores — questions of whether these destructive emotions are an elemental part of human nature, what lends them their formidable power, and how much plasticity there is in the brain to allow for outgrowing them. Complement this excerpt with Nobel-winning physicist Niels Bohr on subjective vs. objective reality and the uses of religion in a secular world, pioneering astronomer Maria Mitchell on mathematics, divinity, and the human search for truth, and Albert Einstein’s 1931 conversation about science and spirituality with the Nobel-winning Indian poet and philosopher Rabindranath Tagore.