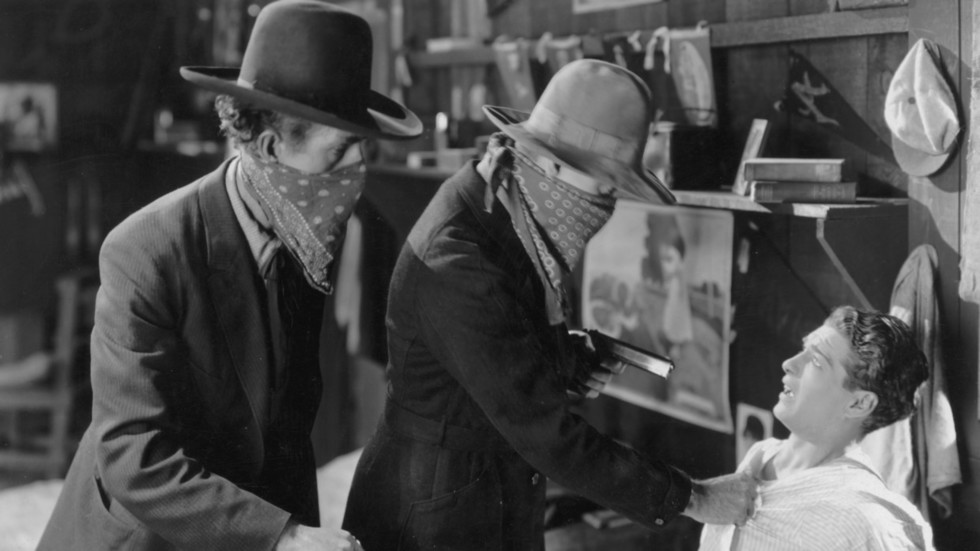 12 Dec 2018 – The blatant arrest of a Chinese telecoms executive in Canada on behalf of the US is shrouded in obscure legalistic claims. But the bottom line is clear; the US is abusing the legal process to pursue lawless economic interests.

This hegemonic conduct by the US is undermining international law and leading to chaos. The recklessness of American unilateral diktat is unsustainable and is risking inevitable war with someone, sometime, somewhere.

China’s anger over the latest legal spat resonates with similar grievances against the US felt by Russia, Iran, Venezuela, and even American allies in Europe, due to Washington’s high-handed arbitrariness.

The US is behaving like a bandit state, imposing its demands as it alone sees fit for its presumed advantage – under the cover of legalistic probity.

The detention of Meng Wanzhou on December 1 while boarding a commercial flight out of Vancouver was carried by Canadian federal police on behalf of US authorities. It was not even clear on what legal grounds Meng was hauled away in handcuffs for. A court hearing for bail this week in Vancouver confirmed that the charges relate to US accusations that the chief financial officer of Chinese telecom giant Huawei allegedly violated American sanctions on Iran.

However, as Canadian legal expert Christopher Black explains, the alleged offenses of sanctions-busting that the US claims are non-existent in international law. American sanctions against Iran – questionable as they are – are a matter solely for US courts. They have no application to foreign territories and between sovereign states such as China and Canada which have diplomatic relations. International sanctions can only be implemented and enforced by the UN Security Council.

Therefore, according to Black, what Canadian law enforcement is doing on behalf of the US in the arrest of the Huawei executive is illegal.

Besides, adds Black, the sanctions claim concerning Iran and Huawei is not the real motive, he believes. “Huawei is a leading global competitor of US telecoms firms. What the US is doing is using legalistic mechanisms to outlaw Huawei and other Chinese competitors like ZTE,” he said in an email interview.

Japan may be taking sides with US in trade war against China, halts purchases of #Huawei & ZTE techhttps://t.co/iwKQmsqDadpic.twitter.com/U6H4D1aJyJ

This week President Donald Trump told Reuters that he was prepared to personally intervene in the Meng case “if it helps US-China trade relations”. That suggests the Chinese executive is being used as a pawn in the trade war between Washington and Beijing.

For months now, US government and media sources have been spreading scary claims that Chinese technology is posing a threat to national security by stealthily introducing spy software into homes and businesses. China has strenuously denied the claims as provocative nonsense. Significantly, too, US telecoms firms such as Apple which manufacture products in China have also come to flatly reject the claims emanating from Washington of Chinese government “spy chips”.

It seems obvious that this background of anti-China commercial propaganda is aimed at discrediting and disenfranchising Chinese telecoms firms from the US and other markets. Huawei phones, for example, are banned from sale on US military bases around the world.
Earlier this year, in testimony to become CIA chief Gina Haspel gave a snide comment in congressional hearings to the effect that she wouldn’t touch Chinese tech products with a barge pole, implying security risk.

The detention of Meng Wanzhou, the Huawei executive, which Chinese media have denounced as barbaric, fits this context of commercial competition. The alleged Iranian sanctions issue is merely a cover for her arrest. Even on its face, the detention of Meng is arguably a violation of international rights. But the real, underlying issue is the US using legality to pursue economic interests – unlawfully – which then makes the US and Canadian conduct even more odious.

We are witnessing similar hegemonic conduct by the US over and over. A few weeks ago, the Trump administration slapped sanctions on Russian and Iranian businesses for allegedly shipping oil commercially to Syria. Again, this was another instance of American authorities invoking their laws to apply extra-territorially on other parties whom they deem to be in violation.

The US has increasingly been wielding its legal definitions and measures as if it is the world’s judge and jury.

In recent years, American lawmakers have created a slew of legal weapons, including the Magnitsky Act, the Global Magnitsky Act, the Countering America’s Adversaries Through Sanctions Act, which give Washington the supposed power to penalize any country it deems to be in breach of its national laws.

The arbitrariness of US “justice” has got to the febrile point where Washington is threatening all nations, including its supposed European allies, with legal punishment if they don’t toe the line on its designated policy.

With regard to Iran, the Trump administration is the party that is arguably in dereliction of international law having unilaterally pulled out of the UN-ratified nuclear accord with Tehran – the Joint Comprehensive Plan of Action, signed in 2015 by the European Union, Russia and China. Yet Trump is threatening to impose sanctions on countries, including the Europeans, who continue doing business with Iran.

The same megalomaniac mentality is applied by the US towards Europe regarding its long-standing purchase of Russian natural gas. Washington is threatening European firms and governments with sanctions for allegedly “trading with an adversary”. But the brazen motive is to harass Russian gas out of its natural market, to give US Liquefied Natural Gas an abnormal competitive advantage – an advantage that defies normal laws of economics.

Read More: Submit or else: US gives China 90 days to accept trade ultimatum or face tariffs

Evidently, this is what it’s all about. The US economy is no longer viable as a global competitor on its own merits. Decades of chronic underinvestment at home and setting up businesses abroad by US capital have completely undermined any concept of American national economy. Trump is trying to reverse that through his nationalistic and demagogic appeals for “America First” and “Make America Great Again”. But Trump is striving to achieve that epic reversal, not through genuine economic regeneration at home. Instead, Washington is using and abusing legalistic cover for lawless attacks on the legitimate commercial interests of foreign nations.

Nevertheless, this flagrant exercise in banditry by the US is a dangerous Pandora’s Box. The arbitrary arrest of foreign business executives and bullying use of secondary sanctions will undermine the confidence of global business with Washington. Will European corporate leaders be next to be arrested for allegedly doing business with Russia or Iran?

More serious is the deterioration in international law and escalating tensions. China has warned that it will retaliate over the detention of the Huawei executive. Already there are reports of a former Canadian diplomat being detained in China this week. It is presumed the arrest is a tit-for-tat move.

Washington’s lawless pursuit of its nationalistic interests is turning the globe into a seething jungle of distrust and resentment. The political chaos in Washington – where even the president is accused by domestic opponents of abusing democratic norms – is fanning out to engulf the rest of the world.

America’s erstwhile claim of being the world’s sheriff has taken on a macabre twist. Increasingly in the eyes of the world, it is a renegade state which absurdly justifies its criminality with lofty claims of rule of law.