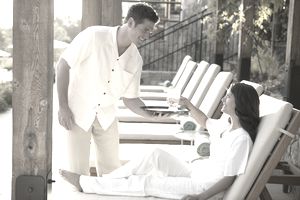 28 Dec 2018 – A progressive tax imposes a higher rate on the wealthy than on the poor. It is based on the taxpayer’s ability to pay.

Why should the wealthy pay a greater portion of their income to the government? Poor families spend a larger share of their income on the cost of living. They need all the money they earn to afford basics like shelter, food, and transportation. A tax decreases their ability to afford a decent standard of living.

The wealthy, on the other hand, can afford the basics. A tax decreases their ability to invest in stocks, add to retirement savings, or purchase luxury items.

The U.S. income tax is progressive. The tax rates get higher as income increases. Here are the 2018-2025 federal income tax rates for singles and married couples filing jointly. The income levels are for after-tax income after all exemptions and deductions have been taken. You can see how those in the higher income brackets pay a higher tax rate.

The Obamacare income tax is progressive.

It only applies to those who make more than $200,000 a year or to those who are married, earning more than $250,000 annually, and are filing jointly. It levies an additional 0.9 percent Medicare hospital tax on any income and self-employment profits above the thresholds. It also levies an extra 3.8 percent on investment income. That includes dividends and capital gains that are above the threshold.

Investment income taxes are progressive. They target income that wealthier families can afford better than poor families. Taxes on capital gains and dividends are 15 percent if they are held for at least a year. Some critics argue that these taxes aren’t progressive enough. Investment income should be taxed at regular income tax rates. Many wealthy people receive all their income from these investments. They are receiving almost the lowest tax rate.

Tax on interest earned is progressive for the same reason investment taxes are. They only apply to those who have enough income to save and received interest.

Rental earnings are assessed like income tax rates. But property owners can deduct all costs. Losses from any one property can be deducted from other properties. Some wealthy landlords can use those deductions to avoid all taxes.

As a result, taxes on rentals are both progressive and regressive, depending on how the business is run.

The estate tax is very progressive. It is levied on assets children inherit from their parents. It is 40 percent on amounts greater than $5.43 million. The Trump tax plan has increased the exemption level for this tax, making it a bit less progressive.

The Social Security payroll tax is regressive, the opposite of progressive. First, it is paid at the same rate, regardless of income. Employees pay 6.2 percent of their income, while business owners pay 12.4 percent. More importantly, employees and business owners don’t have to pay the tax on income above a certain level. In 2018, the limit is $128,400.

Itemized deductions include retirement savings, interest on student loans, and health savings accounts. These make the income tax less progressive since poor people aren’t likely to have enough income to afford these expenses. As a result, they can’t take advantage of the deductions.

How It Affects the Economy

Progressive taxes are a form of income redistribution. The government spends some of that tax money on services for the poor to make the American Dream more achievable. It attempts to provide every child with an equal opportunity to pursue his or her own happiness.

Obamacare taxes are progressive. They make sure the poor can afford preventive care, thus lowering everyone’s cost of health care. The cost of emergency room care for the uninsured is a staggering $10 billion a year. Hospital care is very expensive, making up one-third of all health care costs in America. Almost half of all hospital patients,specifically 46.3 percent, went because they had no other place to go for health care. That’s especially true for the uninsured. This cost gets shifted to your health insurance premiums and to Medicaid. If the poor can afford health insurance and medical care, they are more likely to get preventive care. They can get treated for chronic diseases before they become life-threatening. The result is lower health care costs for everyone.

Progressive tax systems improve the poor’s ability to purchase everyday items, increasing economic demand. For example, a study by Economy.com found that every dollar spent on food stamps stimulates $1.73 in demand. How can $1 create $1.73? It creates a ripple effect. For example, a dollar spent at the grocery store pays for the food. It also helps pay the clerk’s salary, the truckers who haul the food, and even the farmer who grew it. The clerks, truckers, and farmers then make purchases, which pays more staff. This ripple effect keeps demand strong, creating added benefit. With strong demand, there is no need to lay off employees.

Tax breaks for the rich have a much weaker effect. For example, business tax breaks only generate 33 cents for every revenue dollar lost.

Kimberly Amadeo has 20 years senior-level corporate experience in economic analysis and business strategy. She received an M.S. in Management from the Sloan School of Business at M.I.T. Kimberly is the U.S. Economy expert for The Balance, and has been writing for Dotdash/About.com since 2006. She covers economic and business news, and explains how the economy affects you.