27 Dec 2018 – Marine conservationists Sea Shepherd are claiming Japan’s decision to abandon whaling around Antarctica as a victory, though their battle will go on with the Asian nation moving to resume hunting elsewhere.

On Boxing Day, Japan announced it was leaving the International Whaling Commission so it could resume commercial hunting of the marine mammals in their territorial waters.

Marine conservationists Sea Shepherd, who have clashed with whalers many times, were “delighted to see the end of whaling in the Southern Ocean Whale Sanctuary”, captain Paul Watson in a statement. “We look forward to continuing to oppose the three remaining pirate whaling nations of Norway, Japan and Iceland. Whaling as a ‘legal’ industry has ended.” 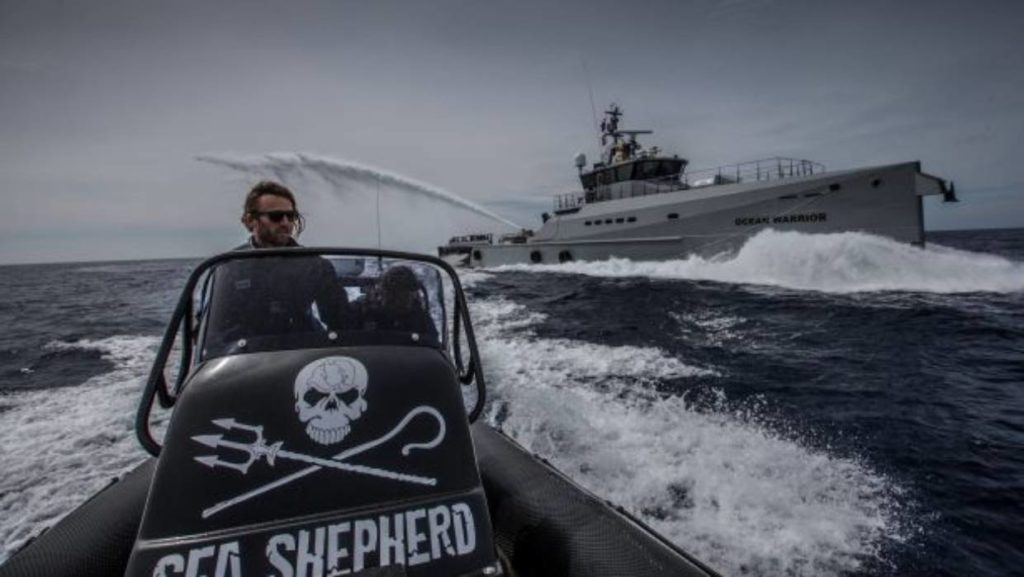 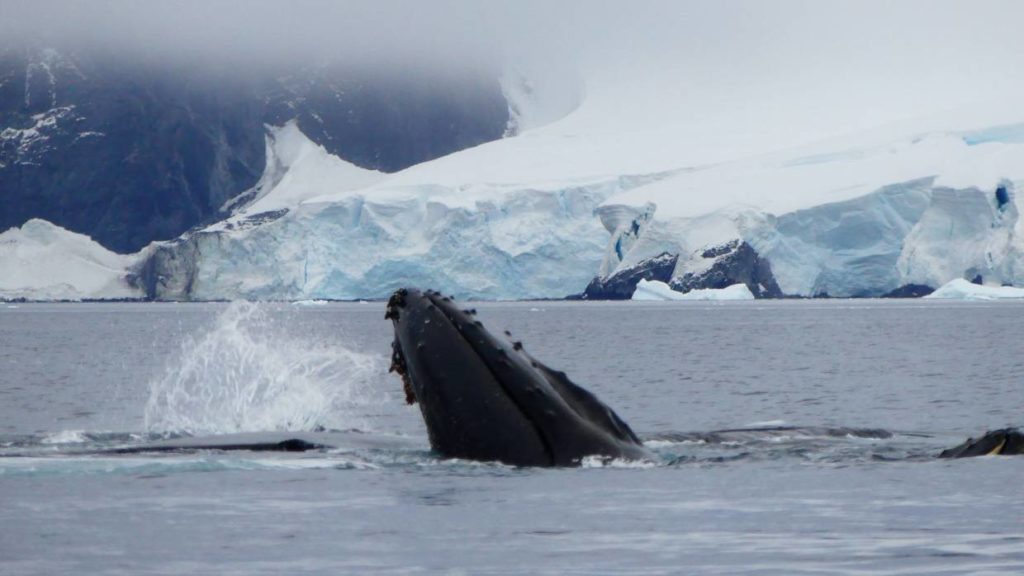 A whale breaches near a boat in Antarctica. Tracy Hickman

Japan Pulls the Pin on IWC

Japan announced that it is leaving the International Whaling Commission to resume commercial hunts for the animals for the first time in 30 years, but said it would no longer go to the Antarctic for its much-criticised annual killings.

Japan switched to what it calls research whaling after the IWC imposed a moratorium on commercial whaling in the 1980s, and now says stocks have recovered enough to resume commercial hunts.

He added that Japan is disappointed that the IWC – which he said is dominated by conservationists – focuses on the protection of whale stocks even though the commission has a treaty mandate for both whale conservation and the development of the whaling industry.

“Regrettably, we have reached a decision that it is impossible in the IWC to seek the coexistence of states with different views,” he said at a news conference.

Suga said the commercial hunts would be limited to Japan’s territorial waters and its 323-kilometre exclusive economic zone along its coasts. He said Japan would stop its annual whaling expeditions to the Antarctic and northwest Pacific oceans. Non-signatory states are not allowed to do so, according to Japanese Fisheries Agency officials.

The IWC imposed the moratorium on commercial whaling three decades ago due to a dwindling whale population. In 1987, Japan switched to what is calls research whaling, but the programme has been criticised as a cover for commercial hunting since the meat is sold on the market at home.

Japanese officials said Japan, even after leaving the whaling convention, will remain as an observer to the IWC and plans to continue participating in the group’s scientific meetings and annual conferences.

The environmental group Greenpeace condemned the announcement and disputed Japan’s view that whale stocks have recovered, and noted that ocean life is being threatened by pollution as well as overfishing.

“The declaration today is out of step with the international community, let alone the protection needed to safeguard the future of our oceans and these majestic creatures,” Sam Annesley, executive director of Greenpeace Japan, said in a statement. “The government of Japan must urgently act to conserve marine ecosystems, rather than resume commercial whaling.”

Australia’s government, often a vocal critic of Japan’s whaling policies, said in a statement that it was “extremely disappointed” with Japan’s decision to quit the commission.

Japanese Fisheries Agency official and longtime IWC negotiator Hideki Moronuki said Japan would use the IWC’s method to carefully determine a catch quota on the basis of science, but declined to give an estimate. He said Japan plans to use seven existing whaling hubs on the Pacific coast for the upcoming commercial hunts.

Moronuki said Japan is starting with a modest plan because it has to figure out if or how commercial whaling can be a viable industry. “What’s most important is to have a diverse and stable food supply,” he said.

The Fisheries Agency said Japan plans to catch three kinds of whale that are believed to have sufficient stocks – minke, sei and Bryde’s.

Japan has hunted whales for centuries, but has reduced its catch following international protests and declining demand for whale meat at home. The withdrawal from the IWC may be a face-saving step to stop Japan’s ambitious Antarctic hunts and scale down the scope of whaling to around the Japanese coasts.

Japan slashed its annual quota in the Antarctic by about one third after the International Court of Justice ruled in 2014 that the country’s research whaling program wasn’t as scientific as it had argued. Japan currently hunts about 600 whales annually in the Antarctic and the Northern Pacific.

Fisheries officials have said Japan annually consumes thousands of tons of whale meat from the research hunts, mainly by older Japanese seeking a nostalgic meal. It’s a fraction of the country’s whale meat supply of about 200,000 tonnes before the IWC moratorium. Critics say they doubt commercial whaling can be a sustainable industry because younger Japanese may not view the animals as food.

Nonetheless, Japanese lawmakers want to promote whales not only as a source of protein but as part of Japan’s cultural tradition.

“We hope the resumption of commercial whaling will lead to the economic revitalisation of (whaling) communities,” Agriculture, Forestry and Fisheries Minister Takamori Yoshikawa told a meeting of his ruling party’s whaling committee.

Kazutaka Sangen, mayor of Taiji, a central Japanese town known for dolphin hunts, welcomed the decision and vowed to stick with scientific way of stock management so that Japan’s position on whaling can gain understanding from the international community.

Suga said that Japan would notify the IWC of its decision by December 31 and that it remains committed to international cooperation on proper management of marine life even after its IWC withdrawal. 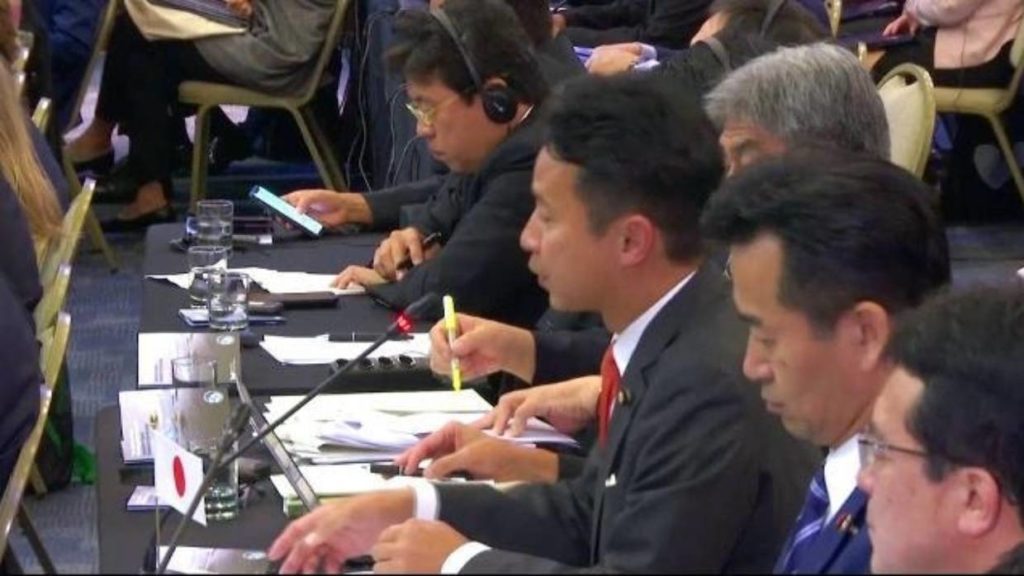 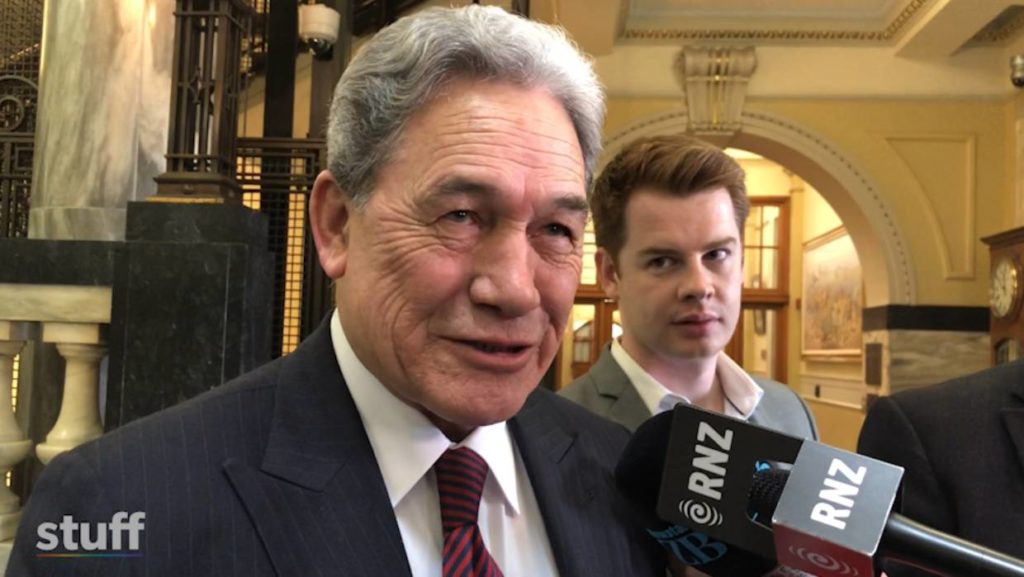 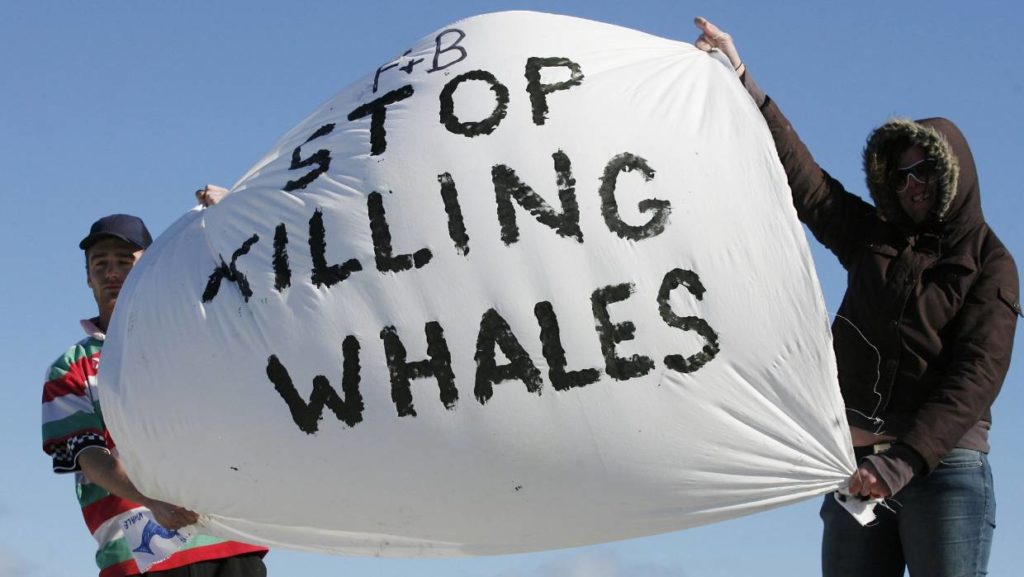