Training for the jobs of the future keeps workers trapped as long as workers can’t shape how technology is used and who profits from it. 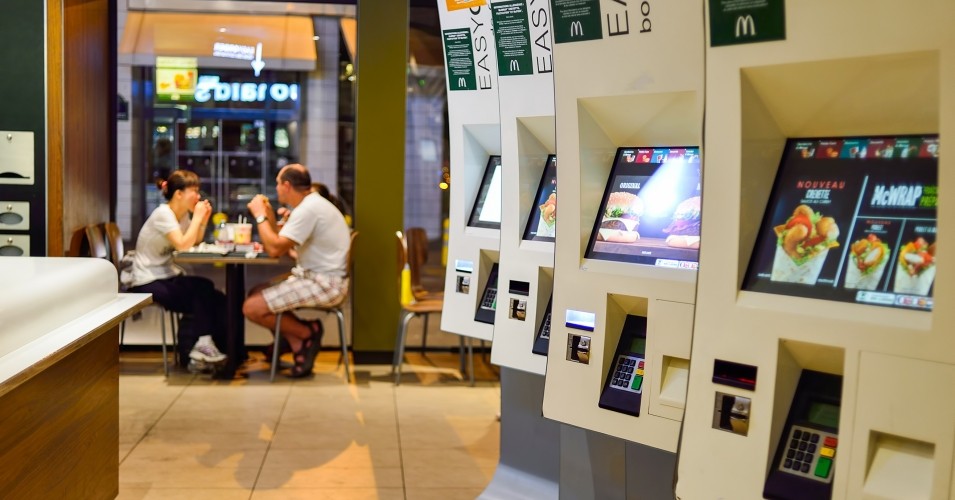 A recent “60 Minutes” segment featured venture capitalist and author Kai-Fu Lee predicting that advances in artificial intelligence would “in 15 years displace about 40 percent of the jobs in the world.” (Photo: Shutterstock)

23 Jan 2019 – Each week workers are confronted with yet another article touting the threat of technology wiping out their jobs. A recent “60 Minutes” segment featured venture capitalist and author Kai-Fu Lee predicting that advances in artificial intelligence would “in 15 years displace about 40 percent of the jobs in the world.”

The message to workers is clear: the threat of obsolescence is real, so act accordingly. The advice of the World Economic Forum, the McKinsey Global Institute, and others, is that workers must “reskill” in order to have a livelihood available to them.

For workers, though, this advice is a trap.

Organizing unions and developing pathways to ownership is the best way workers can address the anxiety of the so-called “automation age,” not chasing the labor market demands of elites.

The presumed aspirant tech moguls of the automation age acknowledge that your current, barely-making-ends-meet job is going to get squeezed, shortchanged, or wiped out altogether by a robot or an algorithm. But go back to school (and take on some student debt) and get training in a new skill, and you will not only be able to weather the change but you’ll make even more money.

This prescription will only work however if workers refuse to question the paradigms that preserve the wealthy’s control of the game, and they coded it so they will always ultimately win. Practically, the “reskilling” that workers achieve will simply serve to lower the cost currently existing tech labor without any assurances that such sectors will be immune from “disruption” in a few years by the next wave of automation.

Ultimately, the better advice for workers seeking to avoid “disruption” is to become the agents of disruption themselves. What 21st-century workers need is what workers have always needed: power. Organizing unions and developing pathways to ownership is the best way workers can address the anxiety of the so-called “automation age,” not chasing the labor market demands of elites.

There is nothing wrong with workers seeking more education, learning new skills, and increasing their capacity to innovate. The problem is the system that captures this knowledge and creativity, and commodifies it for the primary benefit of an elite ownership class. It’s a system that relies on the threat of impoverishment to compel people to sell their skills and knowledge to that elite, which constantly works to buy “human capital” at the lowest possible price.

Without the threat of economic misery, workers could—and likely would—refuse to participate in an increasingly exploitative system that exclusively benefits the one percent. Learning to program the robot that took your last job might be a temporary reprieve, but the way the system works does not change: It demands that workers be disciplined by the threat of looming destitution. And it demands that capitalists maximize their profits, including by decimating workers with new technology if that’s what it takes. Capitalism can’t function if workers are liberated from such threats, by skills or otherwise.

As Ben Tarnoff and JS Chen have noted, the purpose of emphasizing tech skills like coding is ultimately to mitigate or cut completely the increased wages accrued from such skills. Moreover, reports about the occupational risk of automation from the McKinsey Global Institute and the Boston Consulting Group both assert, rather intuitively, that jobs with higher wages come with a higher incentive to automate.

Technology adopted without worker control results in an economy that continues to disempower and devalue workers.

Capitalism also relies on what is popularly referred to as “unskilled” labor. Many forms of labor performed in food systems and on farms are considered unskilled. So is child care, domestic labor and sanitation work. The explicit definition of “unskilled labor” is that such work can be performed without a college education or more formalized forms of training. It is labor that is both essential in maintaining society (and capitalism itself) and simultaneously poorly compensated–if compensated at all.

Given the exorbitant costs of higher education and the debt burden that often accompanies it, it becomes clear how “reskilling” increasingly either excludes working-class people or serves to further discipline them under debt burdens. At the same time, the focus on skills as a pathway out of low-paid jobs enables “futurists” to maintain the capitalist tradition of devaluing the difficult and essential work that makes society possible.

Without food workers who typically face additional discipline from state violence directed toward immigrant communities, grocery stores quickly empty out. Without undervalued and often unpaid childcare work performed predominantly by women, there are likely to be fewer children with the capacity to learn the skills necessary for tech-sector work. Without the minimum wage workers in Amazon’s fulfillment centers, the “high-tech” company’s executives get nothing—and neither do Amazon’s high-skilled software development engineers and machine learning scientists.

What that should say to both skilled and unskilled workers is that neither is being paid based on their value and that the system is rigged so that either running faster on the treadmill you are on with new skills or switching treadmills with a different career will not get you very far.

It’s all about control. Technology adopted without worker control results in an economy that continues to disempower and devalue workers. To have agency in their lives, workers must have agency in the economy. This requires strong labor unions that organize and exercise workers’ power from below, and policies from above that open for workers pathways to ownership and control. Finally, even in a more automated economy, the traditional “analog” labor that makes society possible will still be necessary. Any desirable future will not tolerate divides between so-called “high-skilled” and “low-skilled” workers, and will include all working-class voices in a more democratic and equitable economy.

Adam Simpson is program associate at The Next System Project at the Democracy Collaborative. He specializes in financial and monetary policy, workplace democracy and the impact of automation.