Hermann Hesse on Solitude, the Value of Hardship, the Courage to Be Yourself, and How to Find Your Destiny

“Solitude is not chosen, any more than destiny is chosen. Solitude comes to us if we have within us the magic stone that attracts destiny.” 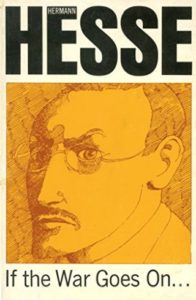 “No one can build you the bridge on which you, and only you, must cross the river of life,” the young Nietzsche wrote as he contemplated what it takes to find oneself. Somehow, this man of stark contradiction, cycling between nihilistic despondency and electric buoyancy along the rim of madness, has managed to inspire some of humanity’s most surefooted spirits — among them, the great German poet, novelist, painter, and Nobel laureate Hermann Hesse (July 2, 1877–August 9, 1962), who drew from Nietzsche’s philosophy the most humanistic ideas, then magnified them with his own transcendent humanity.

Some of Hesse’s most emboldening ideas about our human responsibility to ourselves and the world unfold in his “Letter to a Young German,” written to a dispirited youth in 1919 and later included in his 1946 anthology If the War Goes On… (public library), published the year he received the Nobel Prize — the same stirring piece that gave us Hesse on hope, the difficult art of taking responsibility, and the wisdom of the inner voice. 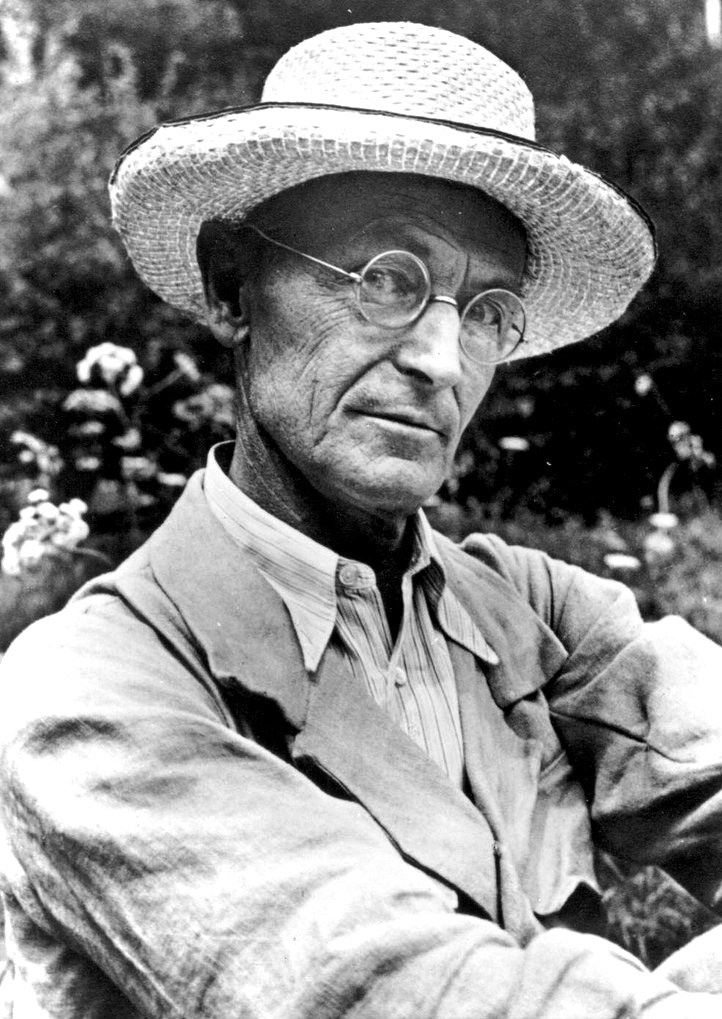 Decades before E.E. Cummings asserted that “to be nobody-but-yourself — in a world which is doing its best, night and day, to make you everybody else — means to fight the hardest battle which any human being can fight,” Hesse writes:

You must unlearn the habit of being someone else or nothing at all, of imitating the voices of others and mistaking the faces of others for your own.

One thing is given to man which makes him into a god, which reminds him that he is a god: to know destiny.

When destiny comes to a man from outside, it lays him low, just as an arrow lays a deer low. When destiny comes to a man from within, from his innermost being, it makes him strong, it makes him into a god… A man who has recognized his destiny never tries to change it. The endeavor to change destiny is a childish pursuit that makes men quarrel and kill one another… All sorrow, poison, and death are alien, imposed destiny. But every true act, everything that is good and joyful and fruitful on earth, is lived destiny, destiny that has become self.

Echoing Nietzsche’s insistence that a fulfilling life requires embracing rather than running from difficulty, Hesse exhorts the young to treat their suffering with respect and curiosity, and adds:

Might your bitter pain not be the voice of destiny, might that voice not become sweet once you understand it?

In the same way, my friends, man suffers destiny. Destiny is earth, it is rain and growth. Destiny hurts.

Long before Simone Weil contemplated how to make use of our suffering, Hesse holds up hardship as “the forge of destiny” and adds:

Writing fifteen years after he made his exquisite case for breaking the trance of busyness, Hesse returns to the sandbox of selfhood — solitude:

True action, good and radiant action, my friends, does not spring from activity, from busy bustling, it does not spring from industrious hammering. It grows in the solitude of the mountains, it grows on the summits where silence and danger dwell. It grows out of the suffering which you have not yet learned to suffer.

Solitude is the path over which destiny endeavors to lead man to himself. Solitude is the path that men most fear. A path fraught with terrors, where snakes and toads lie in wait… Without solitude there is no suffering, without solitude there is no heroism. But the solitude I have in mind is not the solitude of the blithe poets or of the theater, where the fountain bubbles so sweetly at the mouth of the hermit’s cave. 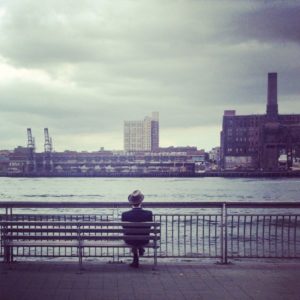 Learning to be nourished by solitude rather than defeated by it, Hesse argues, is a prerequisite for taking charge of our destiny:

Most men, the herd, have never tasted solitude. They leave father and mother, but only to crawl to a wife and quietly succumb to new warmth and new ties. They are never alone, they never commune with themselves. And when a solitary man crosses their path, they fear him and hate him like the plague; they fling stones at him and find no peace until they are far away from him. The air around him smells of stars, of cold stellar spaces; he lacks the soft warm fragrance of the home and hatchery.

A man must be indifferent to the possibility of falling, if he wants to taste of solitude and to face up to his own destiny. It is easier and sweeter to walk with a people, with a multitude — even through misery. It is easier and more comforting to devote oneself to the “tasks” of the day, the tasks meted out by the collectivity.

In a sentiment the poet May Sarton would echo in her stunning ode to solitude two decades later, Hesse adds:

Solitude is not chosen, any more than destiny is chosen. Solitude comes to us if we have within us the magic stone that attracts destiny. 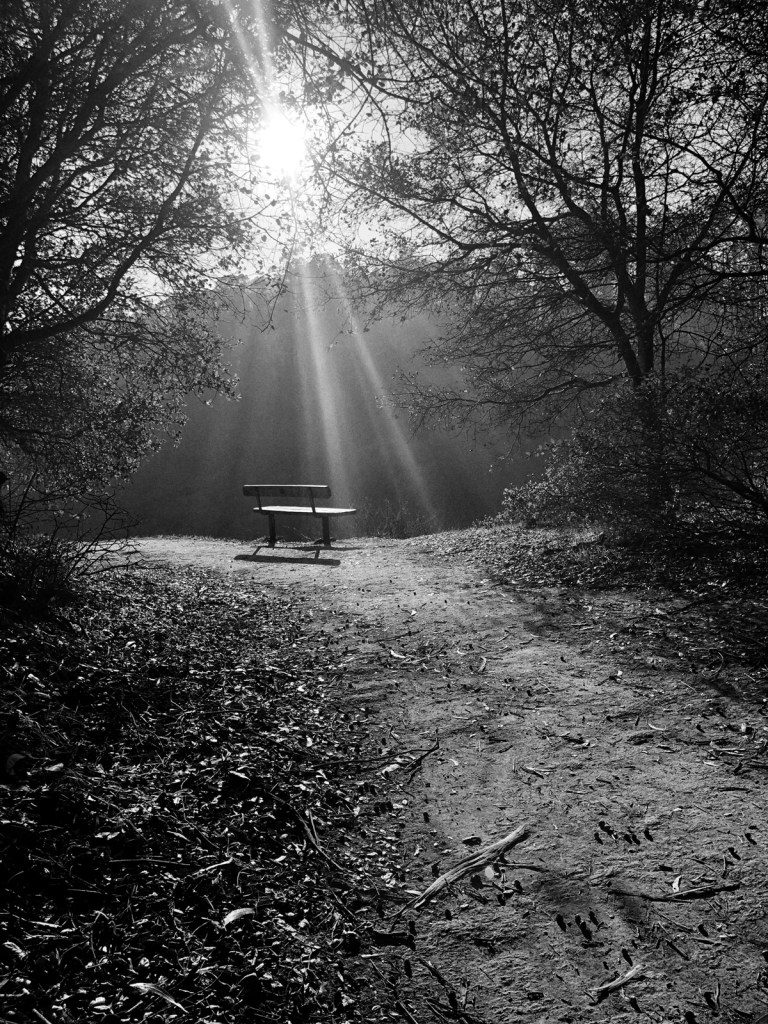 Two millennia after Seneca admonished that “all your sorrows have been wasted on you if you have not yet learned how to be wretched,” Hesse exults:

In consonance with Seamus Heaney’s lyrical insight that “the true and durable path into and through experience involves being true… to your own solitude, true to your own secret knowledge,” Hesse addresses the young:

In each one of you there is a hidden being, still in the deep sleep of childhood. Bring it to life! In each one of you there is a call, a will, an impulse of nature, an impulse toward the future, the new, the higher. Let it mature, let it resound, nurture it! Your future is not this or that; it is not money or power, it is not wisdom or success at your trade — your future, your hard dangerous path is this: to mature and to find God in yourselves.

A century later, the entire piece remains a spectacular and deeply insightful read, as does the whole of Hesse’s If the War Goes On…. Complement this particular fragment with Ursula K. Le Guin on suffering and the other side of pain, Louise Bourgeois on how solitude enriches creative work and Elizabeth Bishop on why everyone should experience at least one long period of solitude in life, then revisit Hesse on the discipline of savoring life’s little joys, why books will survive all future technology, the three types of readers, and what trees teach us about belonging and life.