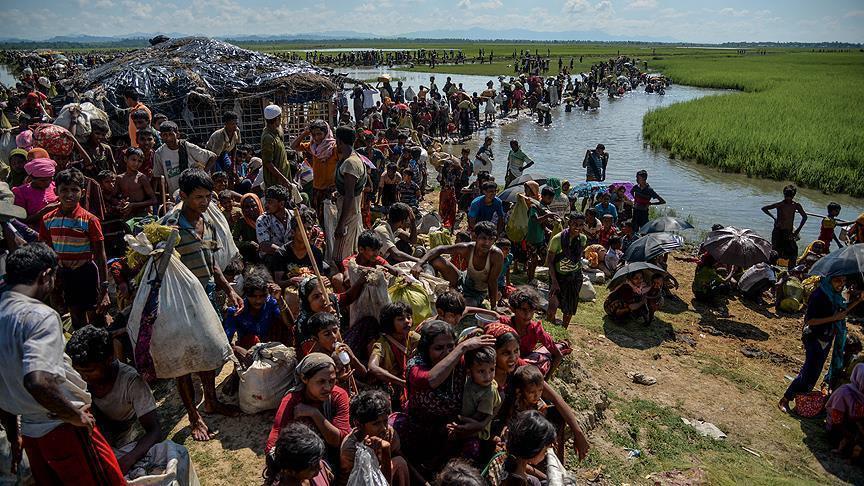 12 Feb 2019 – A member of the United Nation’s fact-finding mission on Myanmar has told of horrific accounts of violence against Rohingya.

“Firstly, the killing of young men and secondly, terrible sexual violence against women and girls especially in large houses and detention centers. And there was also brutality toward children by separating them from their parents. Sometimes they were throwing them into fires,” Radhika Coomaraswamy told Anadolu Agency in an interview.

A UN report released in September 2018 documented serious violations against Rohingya Muslims as well as against other minorities including genocide, crimes against humanity and war crimes.

“We have identified six generals to be investigated for genocide, crimes against humanity and war crimes,” Coomaraswamy told Anadolu Agency.

“What is happening now in Rakhine state, there seem to be new military campaigns and we were really worried because there has been an increase in the number of refugees now after a year,” said Coomaraswamy.

Coomaraswamy said conditions in refugee camps are very dire despite the international aid, warning against the radicalization of the refugees.

“There’s no education. They have nothing to do. They can’t find a job because they can’t go out of Cox’s Bazar so they just sit there the whole day doing nothing in a pretty miserable situation. So it’s really not sustainable, who can have that kind of future? They will naturally radicalize and then we will complain that they’ve become radical,” she added.

“I think we may force Myanmar to take these people back and create conditions that these people can have viable conditions. If this can’t happen, then we should send Rohingya Muslims to safer places to have a fresh start,” she said.

The Rohingya, described by the UN as the world’s most persecuted people, have faced heightened fears of attack since dozens were killed in communal violence in 2012.

Since Aug. 25, 2017, nearly 24,000 Rohingya Muslims have been killed by Myanmar’s state forces, according to a report by the Ontario International Development Agency (OIDA).

More than 34,000 Rohingya were also thrown into fires, while over 114,000 others were beaten, said the OIDA report, titled “Forced Migration of Rohingya: The Untold Experience.”

Some 18,000 Rohingya women and girls were raped by Myanmar’s army and police and over 115,000 Rohingya homes were burned down and 113,000 others vandalized, it added.

According to Amnesty International, more than 750,000 Rohingya refugees, mostly children, and women, fled Myanmar and crossed into neighboring Bangladesh after Myanmar forces launched a crackdown on the minority Muslim community in August 2017.

The UN also documented mass gang rapes, killings — including of infants and young children — brutal beatings, and disappearances committed by Myanmar state forces. In its report, UN investigators said such violations may have constituted crimes against humanity.