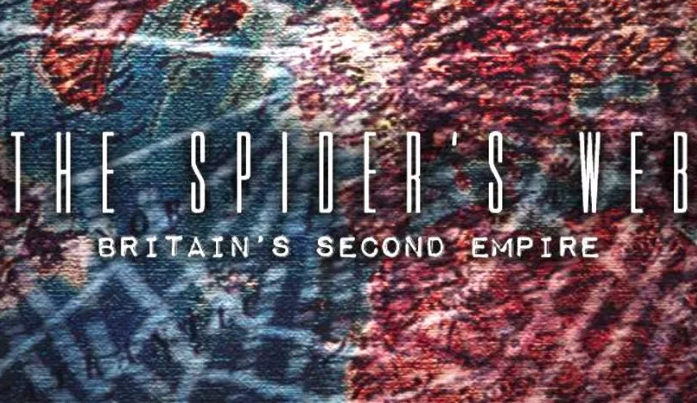 4 Dec 2018 – Since it was uploaded to YouTube just ten weeks ago, Michael Oswald’s seminal documentary film on Britain and its tax haven empire has gained over 1,000,000 views. “The Spider’s Web: Britain’s Second Empire” documents how British elites created a network of tax havens after World War II and the lengths they take today to preserve it – exemplified in a chilling scene where a Jersey police officer harasses and interrupts the filmmakers’ interview with a tax haven whistleblower. Based on Nick Shaxson’s best-selling book Treasure Islands: The Men Who Stole the World, the film delivers a sobering account of Britain’s role in corrupting the global economy.

Director Michael Oswald said about his inspiration for the film:

I realized that there was an interesting, coherent and self-contained story that had not been told, the story of Britain’s transformation from a colonial power to a financial power, and the myriad and obscure financial structures created by City of London financial interests that lie at the heart of this transformation.”  (read more here.)

Tax Justice Network’s John Christensen, who co-produced The Spider’s Web, traces his interest in the subject back to the late-1970s when he and various colleagues started to look at London’s role as a global tax haven:

We had no doubt that the City of London was a major player in the process of looting poorer countries of their wealth and in protecting Britain’s secrecy jurisdiction satellites from political attempts – at the United Nations, for example – to rectify the policy and regulatory flaws that enabled capital flight and tax dodging on such an immense scale.” (read more here)

Made on an astonishingly small budget, The Spider’s Web has been acclaimed by reviewers.  Here is a sample of what they’ve said:

Forget anything by John Le Carre, this is a real political drama which is more thrilling than anything seen in Tinker, Tailor, Solider, Spy.”
– Filmotomy

Framed with strong images of the City of London, tax havens and set to a haunting original soundtrack, The Spider’s Web is a film all ordinary, tax-paying citizens should watch.”
– Modern Times Review

The Spider’s Web gives an excellent overview of the scale of the global tax dodging problem and its corrosive effects on democracy.”
–Open Democracy

This film is not a thriller. There are no crimes, murders, war or rape. But it deals with the consequences of such acts, metaphorical or real, and you need a strong constitution to watch it, if you care about the state of capital. It is calm, professional and accurate, like a hitman should be. I can’t recommend it enough.”
– Mr Ethical, whistleblower

Watch the documentary for free