Evolutionary Economics and the Question of Corporate Power 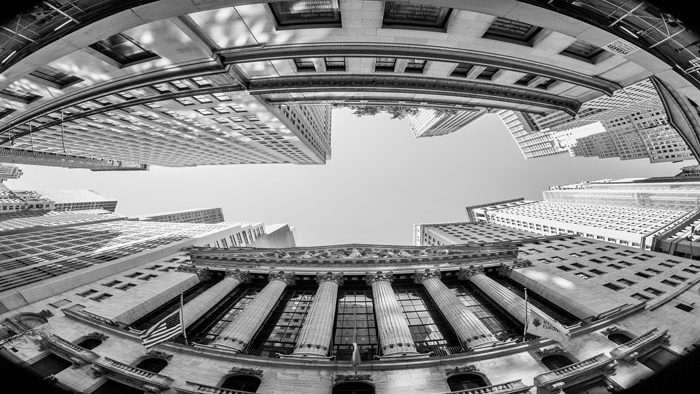 31 Jan 2019 – The past decades have seen a great number of books and articles that discuss the retreat of the state and the triumph of corporate-driven globalization. In recent years, these studies have been complemented by contributions that focus more specifically on the politics of corporations (Baars and Spicer 2017; Babic, Fichtner & Heemskerk 2017; Bakan 2004; May 2015; Mikler 2018). However, we need more tools for analyzing the ways in which power has shifted from states to Multinational Enterprises (MNEs). With this in mind, I argue that the International Relations (IR) scholarship concerned with corporations would benefit from paying more attention to the contributions by evolutionary economists and legal scholars.

Ever since International Political Economy (IPE) emerged in the early 1970s, IR scholars have been occupied by the question of how and why the traditional forms of state sovereignty are eroding (Murphy & Tooze 1991; Spero 1977). Conducted under umbrellas such as of interdependency, structural power and governance, the studies on corporate power have since then evolved to tackle questions such as the role of jurisdictional arbitrage, offshore finance and various forms of private decision-making power (e.g. Palan & Mangraviti 2016; Underhill & Zhang 2008).

Despite these and other similar contributions, there is still a strong tendency to create strict analytical boundaries between markets on the one hand and politics on the other. Multinational Enterprises are seen to belong firmly to the sphere of “markets” even in cases when their actions have very visible political impact within the states and communities where they operate. States, on the other hand, are seen to belong to the sphere of “politics” despite decades of neoliberal efforts to make states behave more “market-like” (Ylönen 2017)

Contributions that discuss non-market aspects of firms often rely on economistic frameworks such as Oliver Williamson’s transaction cost approach and new institutional economics (Williamson 1971; 1979). These approaches are rooted in the notion that hierarchical features of firms are actually based on seemingly “optimal” decisions under bounded rationality, asymmetric information and other constraining factors. Thus, the mainstream economics approaches to the institutional aspects of the firm give us few (if any) tools to tackle the power-related shifts between states and MNEs (Ylönen 2017).

Even though Williamson’s foundational texts on transaction costs paid respect to several early American institutionalist scholars, the state-market relationship that the transaction cost approach advocated was very different than the one proposed by the early theorists of corporate power, such as Thorstein Veblen and John R. Commons. Together with other early institutional economists, Veblen and Commons saw that the emergence of the modern corporation had superseded earlier strict divisions between market-based and rule-based forms of power (Veblen 1921; 1923; Commons 1957).

From Adam Smith onward, the classical political economists who preceded Veblen and Commons had understood markets as places for spontaneous exchange of goods, and the modern corporate activities fit poorly into this picture. Commons, for one, argued that both states and firms rely on market-based and hierarchical forms of transactions. Transactions that were closest to the classical political economic understanding of markets were bargaining transactions, whereas rationing transactions of ownership or rights were based on authoritative rather than voluntary relationship. At the other end of the continuum, managerial transactions relied on authoritative rule (Commons 1934).

In the eyes of Commons and Veblen, the emerging marginalist strand of the emerging neoclassical economics of the early 1900s failed to grasp the importance of the modern corporation. By reframing markets as an abstract conception, the marginalist scholars deliberately excluded themselves from examining the ways in which modern corporations actually operated (Milonakis and Fine 2009). The emerging neoclassical understanding of the firm positioned corporations firmly in the sphere of mythical markets, thus preventing meaningful analyses of the ways in which corporations exert power.

The development of early American institutionalism continued through the work of various scholars, many of whom are not widely remembered in today’s academia. However, one contribution that did manage to reach sustained global fame was the book Modern Corporation and Private Property by Adolf Berle and Gardiner Means. In this book, Berle and Means adopted yet another approach to the hierarchical and non-market aspects of modern corporations (Berle and Means 1934). While the Modern Corporation is usually remembered for its thesis about separation of corporate ownership and control, its most important contribution lay elsewhere: namely, in the idea of price administration.

Now, a question arises: how is this relevant for IR scholarship? In order to address this question, it is helpful to start from the period that saw the birth of the International Political Economy (IPE) discipline under the broader IR framework.

The Missing Institutionalism in IPE

When  IPE emerged in the early 1970s, Susan Strange and several other scholars issued calls for a new research agenda on a range of economic issues such as international debts, finance, “beggar-thy-neighbor” policies — as well as the role that MNEs play in these processes (Cooper 1968; Strange 1970). However, Strange’s famous 1970 manifesto argued that the IPE project was a marriage of international relations and international economics, and neither of these disciplines offered meaningful tools for analyzing the political power of firms.

For a short period of time, the contributions of the United Nations Centre for Transnational Corporations (UNCTC) managed to fill this intellectual void through its steady stream of studies on tax practices and other issues related to MNEs. After the Reagan administration defunded UNCTC in the early 1980s, however, this source of expertise was lost. At the same time, the small number of Marxist scholars who had focused on corporate power also redirected their attention to other issues (Radice 2014). As a result of these changes, the entire research agenda around corporate power was in tatters (Ylönen 2016).

If the IPE agenda had evolved as a more transdisciplinary affair from its beginning, the IPE project may have avoided this kind of informational dependency on one single actor. However, this would have required bringing in not only institutionally oriented scholars who still followed along the paths paved by Veblen and Commons, but also legal and business scholars who would have possessed the necessary technical-legal expertise to analyze firms.

In the 2000s, early American institutionalism (which, today, is more commonly known as evolutionary economics) has started to make inroads to the IPE scholarship. Today, Veblen, Commons and other institutionalists are increasingly cited in leading critical IPE journals.

While this shift has been a long and complicated process, recent years have seen a number of interesting analytical openings that are highly useful for the transdisciplinary GPE scholarship on MNEs. One explicitly Commonsian framework that needs to be highlighted centers around the concept of Global Wealth Chains (GWCs). Developed by Duncan Wigan and Leonard Seabrooke, the GWC framework argues that the increasingly financialized intra-firm structures enable firms to separate their sites of value creation from the sites where profits are being booked (Seabrooke and Wigan 2017).

One of the strengths of the GWC framework is that enables us to tackle issues that neither traditional value chain analysis nor various global governance -centered frameworks can tackle. Specifically, the GWC approach creates opportunities to tackle the power of MNEs in a realm that is usually addressed as “markets” and which is typically seen as to belong in an exclusive realm of economists or scholars of International Business. Moreover, it resonates with the idea that we should approach MNEs as centrally coordinated “enterprise entities” instead of assuming that firms are aggregates of their shareholders’ interests (Biondi 2013; Finér and Ylönen 2017).

Towards a New Research Agenda

By taking seriously the enormous number of elaborate tax avoidance strategies that MNEs have at their disposal, and by paying proper attention to the various ways in which MNEs can also pressure governments to grant concessions that often enable artificial shifting of profits to tax havens, we can finally start to approach the seemingly economic power of corporations as a form of a political rule (Ylönen and Teivainen 2017).

To highlight on example, a large portion of the world trade takes place within MNEs and not between them. In principle, the OECD’s rules and their national implementations dictate that prices used in this intra-firm trade should reflect prices that independent firms would charge from each other in similar transactions. However, already in the 1950s the courts started to realize that it was often impossible to determine these “market prices” for various reasons. For example, the prices for most products are not quoted in real time in markets, and pricing services and immaterial rights is typically even more complicated. (Ylönen and Teivainen 2017)

Using Commonsian terminology, much of the world trade consists of managerial or rationing transactions instead of market transactions. Major MNEs have large freedoms to determine where and how they want to declare their profits, which has major impact on the ways in which these transactions are taxed and regulated. (Ylönen and Teivainen 2017) These firm-level decisions influence also the capacities that states have to perform their functions, especially in cases when the size and importance of a MNE is large relative to the state where it operates.

This realization makes it also possible to see that there are more commonalities between states and large firms than is commonly being acknowledged. Both firms and states rely on various forms of managerial, rationing and bargaining transactions in the conduct of their everyday operations. Whereas firms regularly plan and administer their internal flows of wealth in ways that have little or no resemblance with markets, the states have also become less “state-like” than used to be the case some decades ago.

If we want to seek answers to the question of what role MNEs should play in IR scholarship, we need to take seriously the blurring boundaries between seemingly market-based mechanisms, hierarchical transactions, and political rule. Through this exercise, we can also gain a better understanding on how the so-called forces of globalization have shaped  state sovereignty in different parts of the world.

Matti Ylönen is university lecturer in world politics at University of Helsinki. He has published extensively on the politics of tax avoidance, global tax governance, and the role of consultants in public governance. In 2015, an article that Ylönen co-authored won the Amartya Sen Prize granted by Yale University.