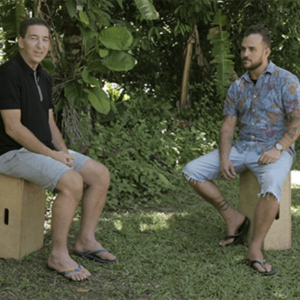 uses of industrial animal agriculture have been catapulted from fringe left-wing activist circles to the center of a wide range of non-ideological policy, ethical, environmental, political, and moral debates. That has happened, as is true of most societal changes, largely due to increased awareness and greater information, which in turn compels a shift in thinking about how our actions, policies, and beliefs should be best understood.

For years, the horrific realities of factory farms and industrial agriculture were — by extensive design — kept almost completely hidden from public view. Using their lobbyist-driven control over both federal regulatory agencies and state legislatures, the industry succeeded in having implemented a series of laws that criminalized key methods for reporting on their abuses and imposed absurdly excessive punishments on activists who worked to expose them, to the point of classifying activism against the industry as a form of terrorism, complete with draconian prison sentences and harsh incarceration conditions.

But that secrecy has crumbled. Courts have ruled so-called ag-gag laws — which criminalized undercover reporting on factory farms — to be unconstitutional on free speech and free press grounds. Increasingly creative means used by activists, such as virtual reality filming, as well as the emergence of more and more whistleblowers of conscience from within the industry, have led to mass public exposure of the atrocities and evils that this industry has worked so hard for decades, with great success, to conceal from public view.

Being forced to confront the indescribable torture and suffering of billions of highly complex and socially intelligent animals each year — along with the vast damage that industry practices are causing to the environment, communities around the world, and public health — has rendered all of this unsustainable. The increasingly important role that animals, particularly dogs, play in the lives of humans who now live and work in a globalized society incapable of meeting humans’ basic psychological needs, has independently changed how millions of people think about the capacity of animals to suffer.

All of these changes mean that a specific political ideology is no longer required to view the cause of animal rights and the abuses of industrial agriculture as a matter of great ethical, political, and public policy importance. It is clear that the time for humanity to grapple with its treatment of animals, and the multilevel damage being done in order to feed the planet through the use of animals, has arrived.

Beginning with the first report that The Intercept published about industrial agriculture — our October 2017, exposé on the abuses of pigs at Smithfield Farms, the abuses of law enforcement resources by the U.S. government to protect this industry from transparency, and the abuse of the legislative process to silence reporting — we quickly realized that the appetite for reporting and discussion on this industry was far greater than we had previously realized. In Washington, multiple bills to curb the worst abuses of this industry are now pending with truly bipartisan support, and are beginning to pass.

The realization is now pervasive that these practices extend far beyond the mere question of whether we should treat animals humanely. They extend to profound questions of environmental protection, racial and economic justice, the treatment of workers, and threats to public health, questions that large numbers of people are realizing can no longer be avoided.

To explore all of these vital issues, and to attempt to discuss them free of the jargon and dogma that has sometimes limited the reach of reporting on this industry, The Intercept has partnered with Sentient Media, a new media company devoted to the issue of animal rights, to produce an eight-episode video series, titled “Animal Matters.” Filmed at the homeless-run dog shelter my husband and I created in Brazil, the episodes entail discussions between myself and Grant Lingel, who works in the corporate world but is increasingly devoting himself to the cause of fighting against the abuses of this industry.

Each video episode will be between 10 to 20 minutes long, cover a specific topic or debate that is central to these questions, and be released in various venues online — including here at The Intercept — once every two weeks. Our first episode debuts today. It is designed to discuss the purpose of this series, what led us to this cause, and what we hope to accomplish with “Animal Matters.”