Pablo Neruda: Against the Illusion of Separateness

“There is no insurmountable solitude. All paths lead to the same goal: to convey to others what we are. And we must pass through solitude and difficulty, isolation and silence in order to reach forth to the enchanted place where we can dance our clumsy dance…” 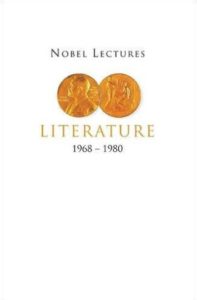 The great Chilean poet and diplomat Pablo Neruda (July 12, 1904–September 23, 1973) was only a small boy, just over the cusp of preconscious memory, when he had a revelation about why we make art. It seeded in him a lifelong devotion to literature as a supreme tool that “widens out the boundaries of our being, and unites all living things.”

Although his father discouraged his precocious literary aspirations, the young Neruda found a creative lifeline in the poet, educator, and diplomat Gabriela Mistral — the director of his hometown school. Mistral — who would later become the first Latin American woman awarded the Nobel Prize in Literature and Chilean consul in Madrid, a post in which Neruda would succeed her during his own diplomatic career — recognized and nurtured the boy’s uncommon talent. Fittingly, Neruda’s first published piece, written when he was only thirteen and printed in a local daily newspaper, was an essay titled “Enthusiasm and Perseverance.”

These twin threads ran through the length of his life, from his devoted diplomatic career to his soulful, sorrowful, yet buoyant poetry. His landmark collection Twenty Love Poems and a Song of Despair, composed before he turned twenty, is to this day the most widely read book of verse in Latin literature and contains some of the truest, most beautiful insight into the life of the heart humanity has ever committed to words. 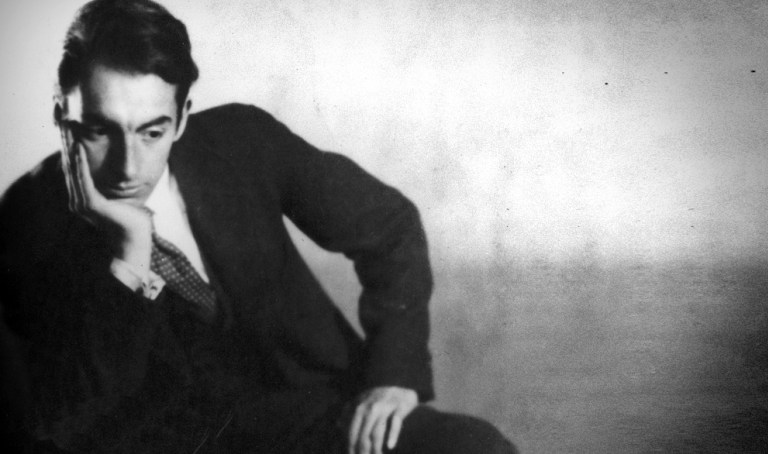 Pablo Neruda as a young man

By the time he was awarded the Nobel Prize in Literature less than two years before his death, Neruda had become an icon. Gabriel García Márquez, whose own subsequent Nobel Prize acceptance speech echoed Neruda’s humanistic ideals, considered him “the greatest poet of the twentieth century in any language.”

On December 13, 1971, Neruda took the podium in Stockholm to deliver an extraordinary acceptance speech, later included in Nobel Lectures in Literature, 1968–1980 (public library). He begins with a lyrical, almost cinematic recollection of his 1948 escape to Argentina through a mountain pass when Chile’s dictatorial government issued an order for his arrest on account of his extreme leftist politics — a long, trying journey which embodied for the poet “the necessary components for the making of the poem.” He recounts:

Down there on those vast expanses in my native country, where I was taken by events which have already fallen into oblivion, one has to cross, and I was compelled to cross, the Andes to find the frontier of my country with Argentina. Great forests make these inaccessible areas like a tunnel through which our journey was secret and forbidden, with only the faintest signs to show us the way. There were no tracks and no paths, and I and my four companions, riding on horseback, pressed forward on our tortuous way, avoiding the obstacles set by huge trees, impassable rivers, immense cliffs and desolate expanses of snow, blindly seeking the quarter in which my own liberty lay. Those who were with me knew how to make their way forward between the dense leaves of the forest, but to feel safer they marked their route by slashing with their machetes here and there in the bark of the great trees, leaving tracks which they would follow back when they had left me alone with my destiny.

Each of us made his way forward filled with this limitless solitude, with the green and white silence of trees and huge trailing plants and layers of soil laid down over centuries, among half-fallen tree trunks which suddenly appeared as fresh obstacles to bar our progress. We were in a dazzling and secret world of nature which at the same time was a growing menace of cold, snow and persecution. Everything became one: the solitude, the danger, the silence, and the urgency of my mission.

Through this dangerous and harrowing journey, Neruda arrived at “an insight which the poet must learn through other people” — a profound understanding of the interconnectedness of each life with every other, echoing his childhood revelation about the purpose of art. In consonance with the Lebanese-American poet and painter Kahlil Gibran’s insight into why we create, Neruda writes:

There is no insurmountable solitude. All paths lead to the same goal: to convey to others what we are. And we must pass through solitude and difficulty, isolation and silence in order to reach forth to the enchanted place where we can dance our clumsy dance and sing our sorrowful song — but in this dance or in this song there are fulfilled the most ancient rites of our conscience in the awareness of being human and of believing in a common destiny. 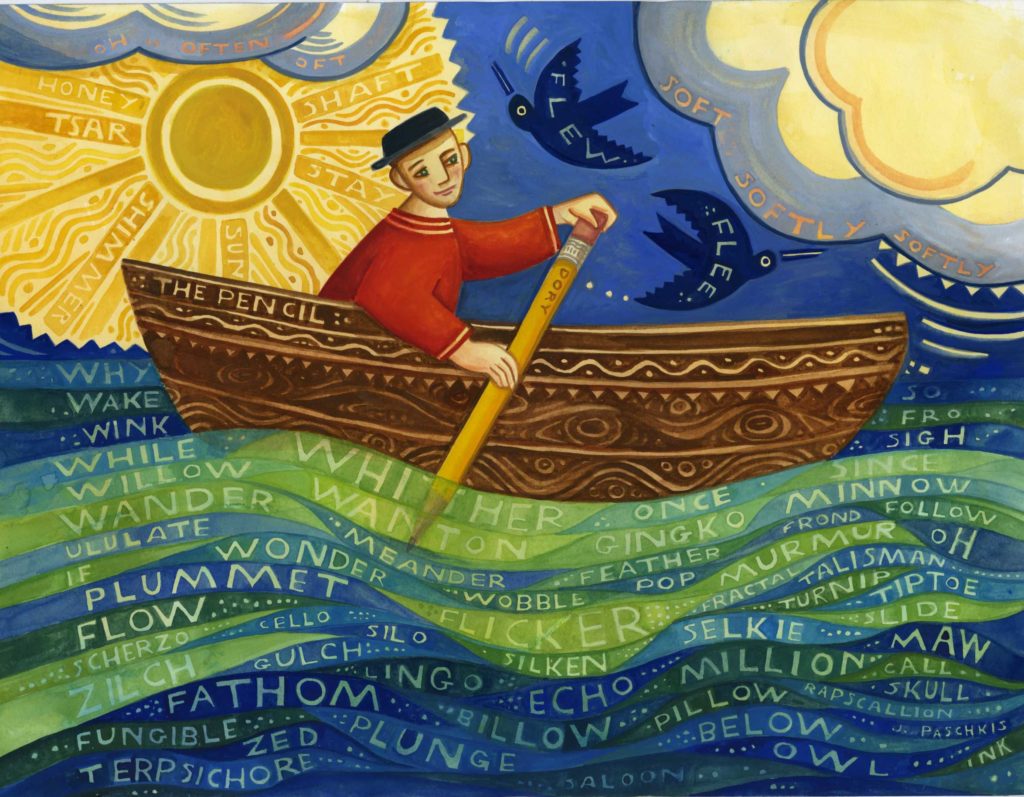 Illustration by Julie Paschkis from Pablo Neruda: Poet of the People by Monica Brown

Echoing physicist Freeman Dyson’s meditation on how our self-expatriation from history makes for a deep loneliness, Neruda adds:

He concludes with a vision for what it would take to let go of our damaging illusion of separateness and inhabit our shared humanity:

It is today exactly one hundred years since an unhappy and brilliant poet, the most awesome of all despairing souls, wrote down this prophecy: “A l’aurore, armés d’une ardente patience, nous entrerons aux splendides Villes.” “In the dawn, armed with a burning patience, we shall enter the splendid Cities.”

I believe in this prophecy of Rimbaud, the Visionary. I come from a dark region, from a land separated from all others by the steep contours of its geography. I was the most forlorn of poets and my poetry was provincial, oppressed and rainy. But always I had put my trust in man. I never lost hope. It is perhaps because of this that I have reached as far as I now have with my poetry and also with my banner.

Lastly, I wish to say to the people of good will, to the workers, to the poets, that the whole future has been expressed in this line by Rimbaud: only with a burning patience can we conquer the splendid City which will give light, justice and dignity to all mankind.

In this way the song will not have been sung in vain.

Complement with Neruda’s beautiful ode to silence and this lovely picture-book about his life, then revisit other timeless Nobel Prize acceptance speeches from great writers: Toni Morrison (the first black woman awarded the accolade) on the power of language, Bertrand Russell on the four desires driving all human behavior, Pearl S. Buck (the youngest woman to receive the Nobel Prize in literature) on writing and the nature of creativity, and Saul Bellow on how art ennobles us.