Researchers Have Identified How Naval Sonar Is Killing and Beaching Whales 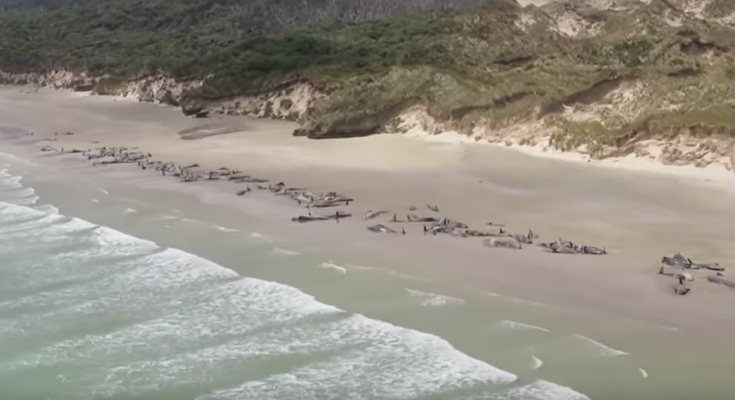 We have known for a long time that naval sonar has devastating effects on marine life but just exactly how it leads to sickness and death was a mystery till now.

In new research published in the Proceedings of the Royal Society B, they discovered that the sound emitted by sonar is so intense that marine mammals will swim hundreds of miles, dive deep into the abyss or even beach themselves to flee from the sounds that are literally unbearable to them.

In particular, beaked whales are one of the marine mammals that are often found beached due to sonar testing. Prior to the 1960s, beaked whale strandings were extremely rare. But once the 60s rolled around, the Navy started to use mid-frequency active sonar (MFAS) to detect submarines.

And from the 60s onwards, whales washing up on beachings became a very common occurrence. The paper recently published is a summary of what was discussed at a 2017 meeting of beaked whale experts in the Canary Islands and revealed that sonar distresses beaked whales so much that the marine mammals ends up with nitrogen bubbles in their blood very similar to what divers would call decompression sickness or the bends. The nitrogen can cause hemorrhaging and damage to whales vital organs.

The big question that was brought up was how an animal that lives in the ocean and is adapted to perform deep water dives for hours at a time can obtain decompression sickness? Well simply, the sonar is so powerful, the animals dive deep too quickly causing the sickness.

“In the presence of sonar they are stressed and swim vigorously away from the sound source, changing their diving pattern,” lead author Yara Bernaldo de Quiros told AFP.

“The stress response, in other words, overrides the diving response, which makes the animals accumulate nitrogen. It’s like an adrenalin shot.”

The conclusions are drawn from autopsies of dead whales, although a handful of animals were killed by other threats inflicted by humans, such as collisions with ships or entanglement in fishing nets, as well as disease.

The authors note that to mitigate the impacts of sonar on beaked whales, we must ban its use in areas where they’re found. A moratorium on the use of MFAS around the Canary Islands in 2004 shows just how well this works – no atypical strandings have been seen since. The researchers urge other countries where sonar is deployed, such as the US, Greece, Italy, and Japan, to follow suit.