The executions are likely to stoke further regional and sectarian tensions between rivals Saudi Arabia and Iran. 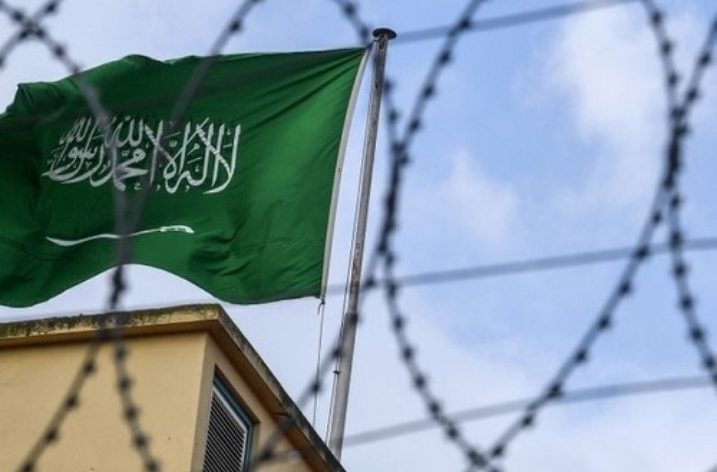 24 Apr 2019 – Saudi Arabia on Tuesday [23 Apr] executed 37 of its citizens convicted of terrorism, three years after another mass execution that ultimately led to a break in relations with Iran.

The latest executions were carried out in Riyadh, the Muslim holy cities of Mecca and Medina, the predominantly Sunni province of Qassim, and in the Eastern Province, home to the country’s Shiite minority.

The men were executed “for adopting terrorist and extremist thinking and for forming terrorist cells to corrupt and destabilise security”, said the official Saudi Press Agency (SPA). 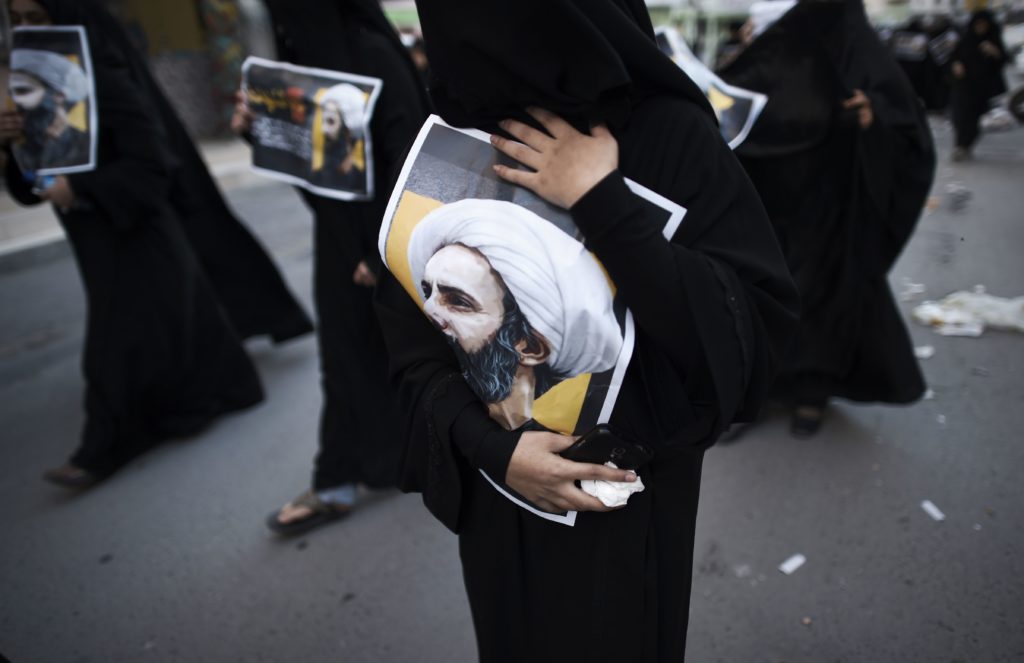 Bahraini women hold posters of prominent Shiite Muslim cleric Nimr al-Nimr during a protest against his execution by Saudi authorities, in 2016. AFP

It said one person was crucified after his execution, a punishment reserved for particularly serious crimes.

At least 100 people have been executed in Saudi Arabia since the start of the year, according to data released by SPA.

“Today’s mass execution of 37 people in Saudi Arabia is a chilling demonstration of the authorities’ disregard for human life. It is yet another gruesome indication of how the death penalty is being used as a political tool to crush dissent.” https://t.co/09BBTcfDgu

On Sunday, four men were killed in an attack on a security services base north of the capital Riyadh in an assault claimed by the jihadist Islamic State group.

Saudi authorities arrested 13 “terrorist” suspects the next day, but they did not say where the arrests took place or if they were linked to Sunday’s attack.

The interior ministry said some of those executed Tuesday were accused of “inciting sectarian strife”, a charge often used in Saudi Arabia against Shiite activists. 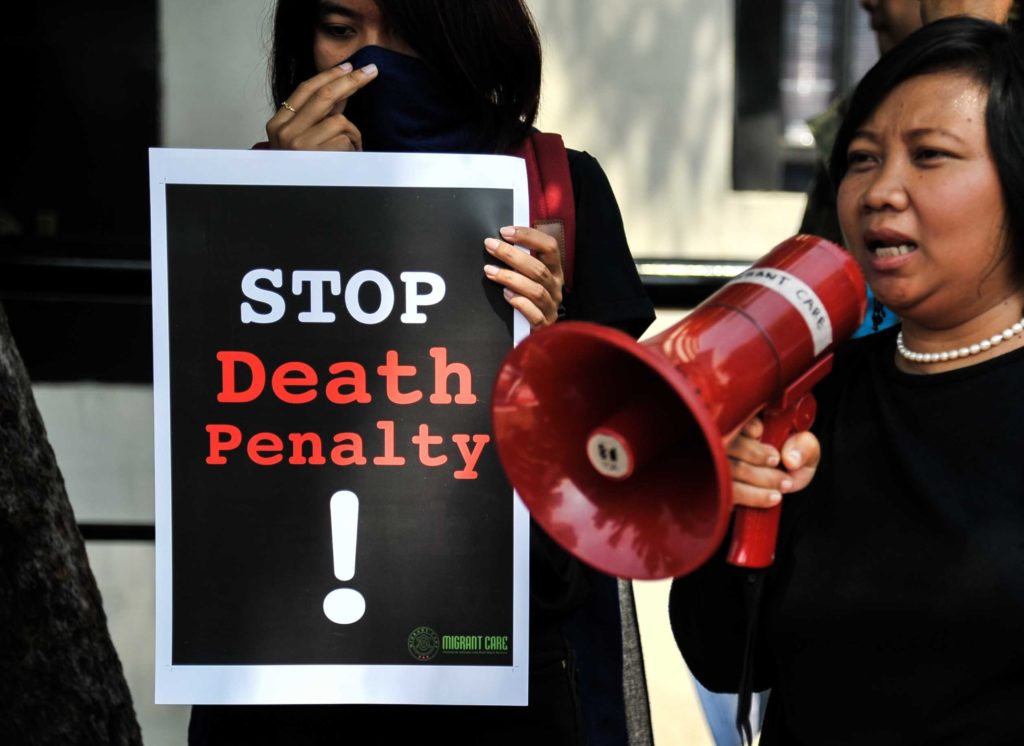 A protester delivers a speech to the Saudi government regarding the execution of an Indonesian migrant worker Zaini Misirin in 2018. Anadolu

Rights group Amnesty International, in a statement, said most of those executed were Shiite men “convicted after sham trials that violated international fair trial standards (and) which relied on confessions extracted through torture”.

The executions were “yet another gruesome indication of how the death penalty is being used as a political tool to crush dissent” from within the country’s Shiite minority, said Lynn Maalouf, Middle East research director at Amnesty.

The rights watchdog said 11 of those executed were convicted of spying for Iran, while at least 14 others were sentenced in connection with anti-government protests in the Eastern Province between 2011 and 2012.

Among those executed was Abdulkareem al-Hawaj, who was only 16 at the time of his arrest, it said.

The Eastern Province has seen bouts of unrest since 2011 when protesters emboldened by the Arab Spring took to the streets demanding an end to alleged discrimination by the Sunni-dominated government.

Although no official figures exist, Shiites make up an estimated 10-15 per cent of the ultra-conservative kingdom’s population of 32 million.

In January 2016, Saudi Arabia enraged Shiite Iran with the execution of prominent Shiite cleric Nimr al-Nimr, among a group of 47 people convicted of “terrorism”.

Riyadh accuses Tehran of attempting to “destabilise” the region and of interfering in other countries’ internal affairs.

Rights experts have repeatedly raised concerns about the fairness of trials in Saudi Arabia, governed under a strict form of Islamic law.

Executions in the ultra-conservative kingdom are usually carried out by beheading.

Last year, the oil-rich Gulf state carried out 149 death sentences, according to Amnesty International, which said only Iran was known to have executed more people.