Syria: Is US Fighting ISIS or Liquidating Assets? 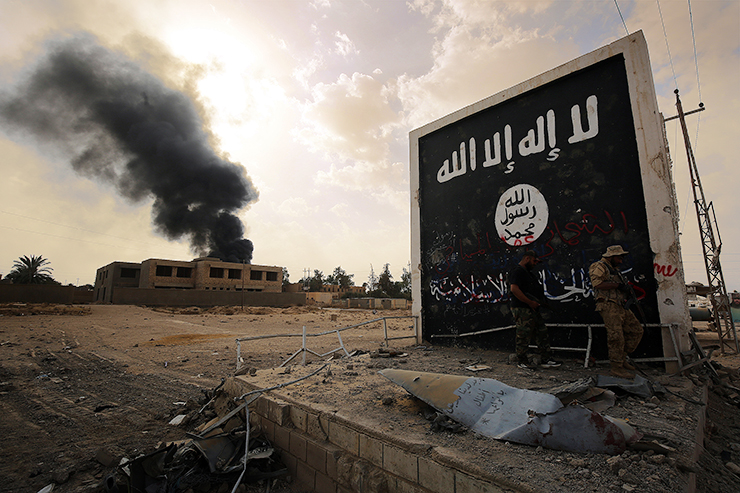 Iraqi fighters of the Hashed al-Shaabi (Popular Mobilisation units) stand next to a wall bearing the Islamic State (IS) group flag as they enter the city of al-Qaim, in Iraq’s western Anbar province near the Syrian border as they fight against remnant pockets of Islamic State group jihadists on November 3, 2017.
/ AFP PHOTO / AHMAD AL-RUBAYE

30 Mar 2019 – That the “final stronghold” of the self-proclaimed Islamic State (ISIS) resides in US occupied territory in Syria says it all.

From US Defense Intelligence Agency (DIA) memos dating back to 2012 noting efforts to create a “Salafist” [Islamic] “principality” [State] in eastern Syria precisely where ISIS rose and now clings to its “final stronghold,” to the obvious fact that ISIS’ fighting capacity was only possible through extensive state sponsorship – it was already clear that the US and its partners in regime change against Syria had been using terrorists including ISIS as proxy ground forces.

Now the US claims it has cornered and is on the verge of defeating ISIS – despite the terrorist group having been cleared out of virtually every other corner of the nation by Syrian, Russian, Iranian, and Hezbollah forces long ago.

In reality, the US is merely liquidating assets it had harbored, protected, armed, and funded throughout the 8 year proxy war until no longer politically feasible.

CNN in its article, “Thousands of ISIS troops surrender amid attack on final stronghold in Syria,” uncritically claims:

At its height, ISIS controlled huge swaths of territory in Syria and Iraq. The US-led coalition has been working for years to oust the group from cities and towns.

CNN omits entirely any mention of the source of ISIS’ fighting capacity and the fact that its supply lines led directly out of NATO-member Turkey and was overseen by US special forces and intelligence agencies.

CNN also omits that it wasn’t until the 2015 Russian military intervention when Russian air power attacked and cut ISIS supply lines that ISIS began suffering defeat across Syrian territory – first and foremost in territory being retaken by Syrian forces and its allies.

In territory illegally-occupied by the US, it appears that ISIS militants and other extremists were simply being shuffled around. In other cases, US forces attacked the Syrian military and their allies when attempting to cross into US-occupied territory in pursuit of ISIS forces. This game has carried on to the point of absurdity with the largest and most powerful military in the world only now creeping in last across the finish line of its own supposed battle against ISIS. 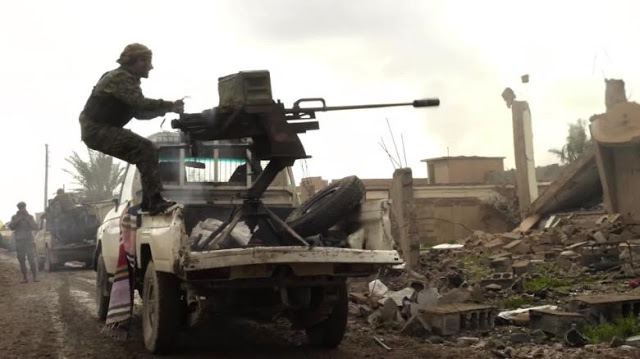 What Becomes of Surrendering and Fleeing ISIS Militants?

More than 3,000 ISIS fighters have surrendered amid a pitched battle by US-backed forces to retake the last ISIS stronghold in Syria.

The article also notes that many more may attempt to flee. The US has not made it clear what will happen with these fighters, or others “fleeing” from the supposed US-backed offensive. In certain cases, it seems Washington has singled interest in sending foreign fighters back to their countries of origin – which means many will simply be reintegrated into society where local intelligence agencies will keep tabs on them, use them for domestic distractions, or redeploy them to Washington’s next proxy war when required.

More: The US Syria Withdrawal and the Myth of the Islamic State’s “Return”

A recent Iraqi military deployment near the Syrian-Iraqi border consisting of Iranian-backed Popular Mobilization Forces (PMF) amid the ongoing US offensive in Syria indicates that at least Baghdad believes Washington’s “defeat” of ISIS is more likely another attempt to shuffle valuable proxy fighters around on the battlefield – and this time – back into Iraq and in particular, into Al Anbar governorate where the US still maintains a military presence and where they will continue receiving defacto US protection.

The Iraqi Armed Forces deployed a large number of military personnel to the Syrian border this week to block any Islamic State (ISIS/ISIL/IS/Daesh) from fleeing into Iraq.

According to a new report, the Iraqi Army and Hashd Al-Sha’abi deployed these reinforcements to the Anbar-Deir Ezzor border after some Islamic State terrorists were suspected of sneaking into Iraq from eastern Syria.

It was the rise of ISIS inside Iraq and its crossing over into Syrian territory that set the pretext for the now ongoing US occupation of Syrian territory. The threat of ISIS “resurging” in Iraq also serves as an ongoing pretext for US forces still based there. 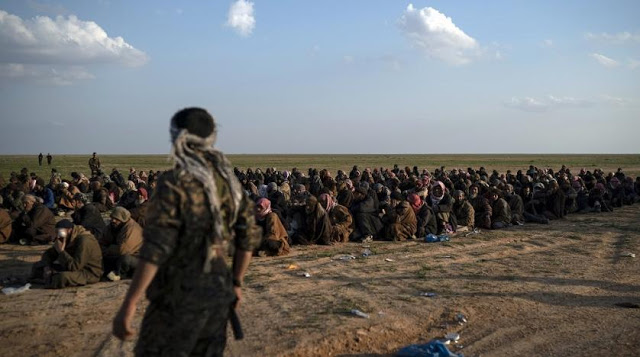 The rise of Iranian-backed militias throughout Iraq has become a potent counterweight to US-backed proxies attempting to take root there once again, and will make it infinitely more difficult for the US to repeat the scale and duration of the ISIS scourge the US visited upon the region.

The term “liquidate” in this context doesn’t necessarily mean destroying ISIS formations entirely – but instead simply moving them where they can be protected in Al Anbar and reconstituted to either continue serving as a pretext for US troops to remain in the region, or to fight in future proxies wars the US is planning in the wake of its current defeat in Syria.

While the Western media is attempting to hail this “final battle” as a victory for US forces – it is in actuality an indictment of America’s complicity in ISIS’ creation, proliferation across the region, and its longevity on the battlefield – suspiciously where US forces are operating.