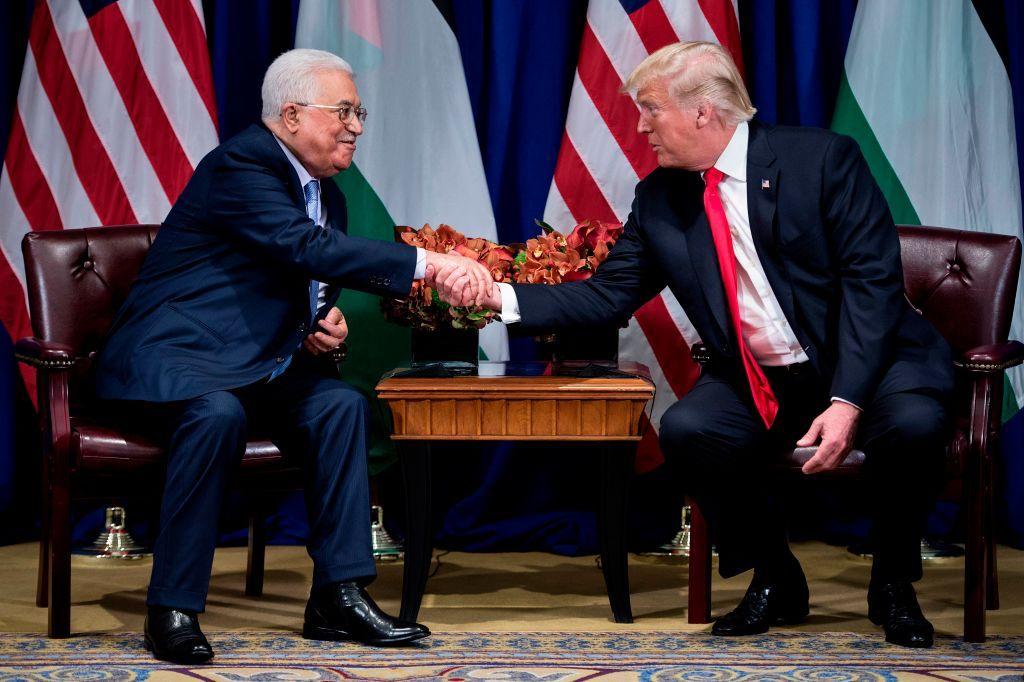 26 Apr 2019 – The excessive focus on US President Donald Trump’s forthcoming “deal of the century” is already marginalising the Palestinians. Pitting the US plan against the two-state compromise has created another diplomatic battlefield in which the only losers continue to be the people of Palestine.

Yet this has not deterred the new Palestinian Authority Prime Minister, Mohammad Shtayyeh, from contributing to the elimination of any kind of focus on the Palestinians to prioritise the narrative of Trump versus the international community and vice versa. “There are no partners in Palestine for Trump,” Shtayyeh told Associated Press. “There are no Arab partners for Trump and there are no European partners for Trump.” He described US decisions which have crippled the PA as a “financial war”.

This statement is misleading. Arab states are not against normalising relations with Israel, and Egypt is being touted as a recruiter to mobilise them towards supporting Trump’s deal. Israel has already signalled that Arab states are keen on normalising ties and Prime Minister Benjamin Netanyahu has stated repeatedly that the Palestinian cause is no longer a priority for regional diplomacy.

Kushner: US to announce ‘deal of the century’ after Ramadan

The US departure from the two-state compromise has been blown out of proportion, and not out of concern for Palestinians. All political actors are exploiting Palestine for the sake of furthering their own diplomacy, and the PA is a willing participant in a charade that prioritises taking sides and forgetting about the Palestinian people. 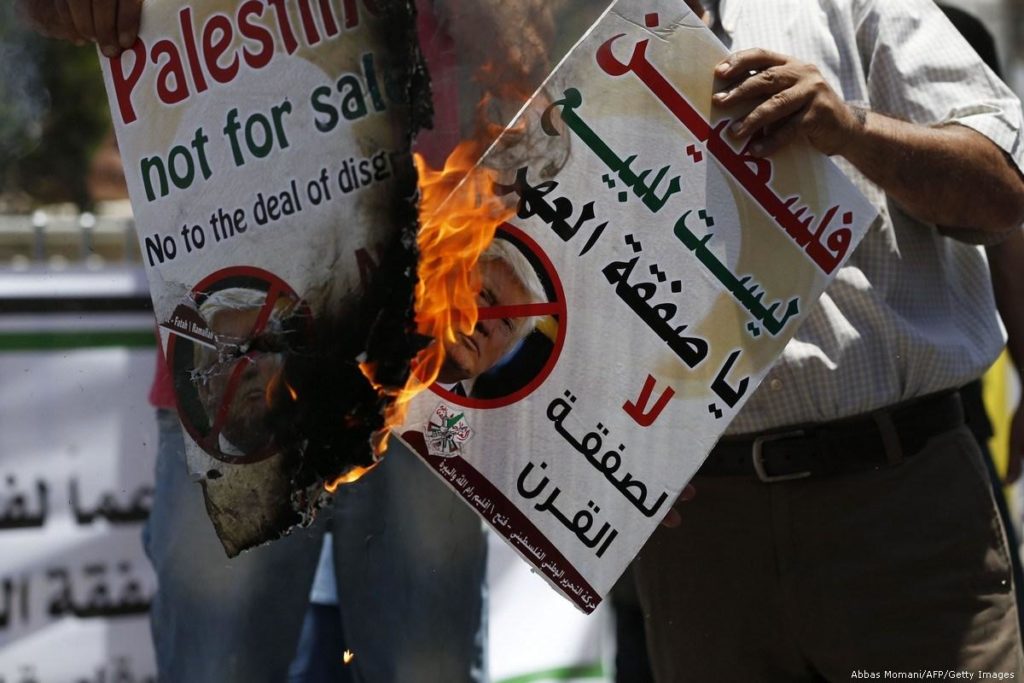 Palestinians protest against Trump’s deal of the century in the West Bank city of Ramallah on 2 July 2018.  [Abbas Momani/AFP/Getty Images]

Shtayyeh makes a valid point when speaking about Trump’s isolation in the international community. Yet this bravado does not exclude the fact that the PA’s inclusion within the international arena is merely a by-product of its subjugation to the process that has ensured the colonisation of Palestine and continues to aid Israel’s expansion. Moreover, the PA official makes no recognition of the fact that the political isolation enforced upon Palestinians, and which the PA is upholding, is of greater magnitude than the derision which has followed Trump’s presidency.

READ: We are witnessing a tsunami of Arab crises

There is more truth in Shtayyeh’s acknowledgement that the unilateral decisions taken by Trump are collectively more detrimental than the “deal of the century”. Again, though, the PA Prime Minister resorts to the two-state hypothesis to justify opposition to the US administration’s overtures towards Israel. The missing part of the equation is the PA’s refusal to lambast the two-state “solution” as untenable and equally detrimental to the Palestinian people, just as Trump’s deal will ultimately also spell disaster for them and their land.

Instead of Palestine and the Palestinians, the talk is now of Trump’s deal and the two-state compromise. Rather than being the focal point, Palestine is nothing more than a reference for the international community, including the US, to promote their agenda. Both camps are well versed in applying the humanitarian agenda and neither has any inclination to turn to the Palestinian people and their political demands. Shtayyeh himself will not entertain the possibility of the people’s participation, simply because there is no doubt that the PA’s bureaucratic structure would suffer further repercussions that could lead to its demise if the people were to decide the course of their own politics and rights.

This work is licensed under a Creative Commons Attribution-NonCommercial-ShareAlike 4.0 International License. If the image(s) bear our credit, this license also applies to them