The prominent Palestinian activist calls the US entry ban ‘ideologically and politically motivated’. 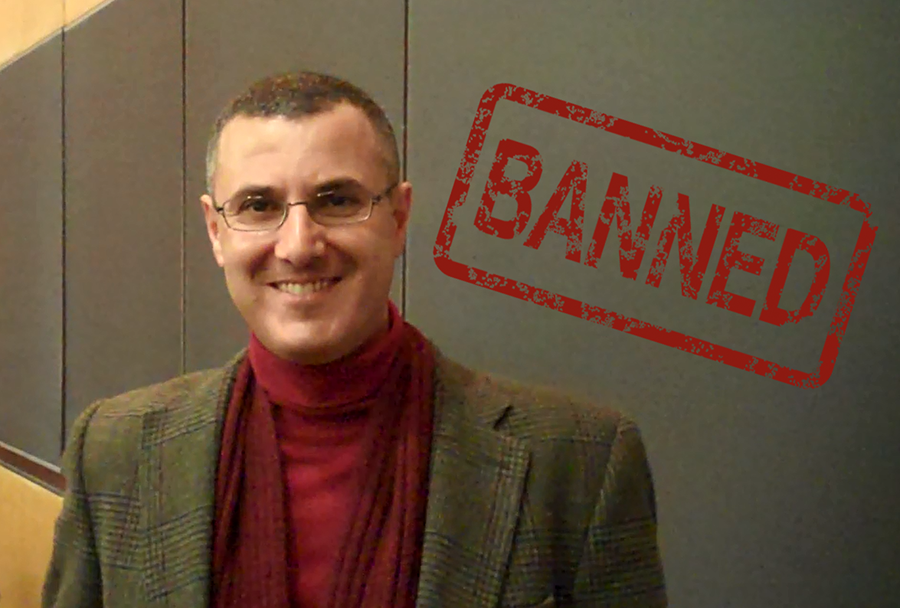 Omar Barghouti was travelling to the US on the invitation of Arab American Institute (AAI) in Washington, DC to speak at New York University’s (NYU) DC campus.

Upon arrival at Ben Gurion Airport in Tel Aviv, Barghouti was told by airline staff that the US Consulate in the city was directed by US Citizenship and Immigration Services (USCIS) to deny him travelling to the US due to an “immigration matter”.

Barghouti holds valid travel documents and a US visa valid until 2021.

“They just said it’s a ban by the US immigration service, nothing beyond that,” he told Al Jazeera.

Barghouti was also scheduled to speak at public events at the NYU campus in New York, Harvard University and with policymakers and journalists, AAI said in a statement on Thursday. At the end of his trip, he planned on attending  the wedding of his daughter who lives in the US.

Barghouti’s difficulties travelling in the past were due to the Israeli government restricting his ability to exit and enter Israel by not renewing his travel document, but this was the first time he has faced a ban by the US government.

“This US entry ban against me, which is ideologically and politically motivated, is part of Israel’s escalating repression against Palestinian, Israeli and international human rights defenders in the BDS movement for freedom, justice and equality,” Barghouti said.

“Israel’s far-right regime is not merely continuing its decades-old system of military occupation, apartheid and ethnic cleansing; it is increasingly outsourcing its outrageous, McCarthyite repression to the US and to xenophobic, far-right cohorts across the world,” he added. “The most precious thing that this ban deprives me of, and that I cannot compensate, is being at my daughter’s wedding. I am hurt, but I am not deterred.”

AAI’s president James Zogby said in a statement that “Omar’s denial of entry into the US is the latest example of the Trump Administration’s disregard for those rights”.

“Having spent considerable time here as a student and while on speaking tours, Omar visiting America was never an issue before,” he added. “It is clear this arbitrary political decision is motivated by this administration’s effort to silence Palestinian voices.”

The US embassy in Jerusalem and USCIS did not immediately respond to Al Jazeera’s request for a comment. 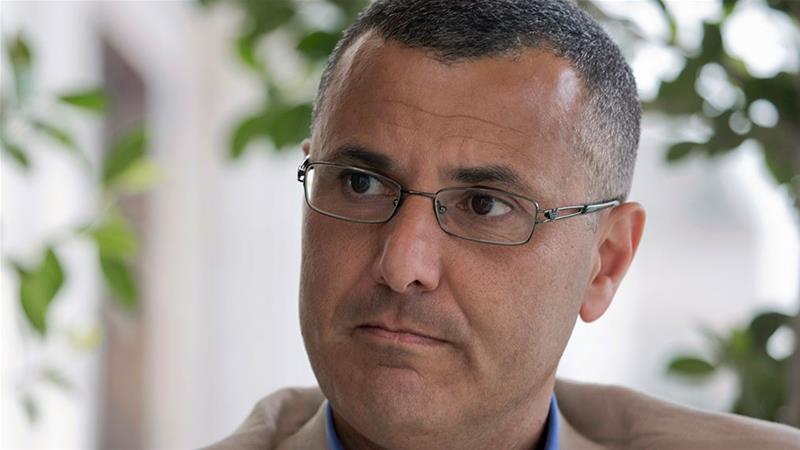 Omar Barghouti listens during an interview with the Associated Press in the West Bank city of Ramallah. [File: Nasser Nasser/AP Photo]

Zoha Khalili, a staff lawyer with Palestine Legal, a US-based advocacy group, said “the effort to block Omar Barghouti’s speaking tour demonstrates a coming together of two important strains of government overreach that we’ve seen ramp up especially under the Trump administration: the politicisation of our borders and the push to censor and punish the movement for Palestinian rights.”

At least 27 states in the US have introduced laws to combat BDS activism, according to Palestine Legal.

Most recently, Maryland introduced a ban on companies from contracting with businesses that boycott Israel earlier this year.

This year, the US Senate also passed an anti-BDS bill that would allow state and city governments to terminate contracts with US entities that support the BDS movement. The Hill reported on Wednesday that Republican politicians in the House of Representatives are launching a discharge petition to force a vote on the Senate measure.

“At a time when some members of Congress are advocating for regressive anti-BDS bills and resolutions, and when states have passed legislation targeting the non-violent boycott movement in violation of our protected First Amendment rights, it is disturbing that policymakers and the American people will not have the opportunity to hear from Omar directly about his views,” Zogby said.