25 Apr 2019 – The monarchical dictatorship of Saudi Arabia announced on Tuesday [23 Apr] that it had carried out another killing spree, publicly executing 37 people in the cities of Riyadh, Medina and Mecca, as well as in central Qassim Province and in the kingdom’s Eastern Province.

One of the headless corpses was then crucified and left hanging in public as a hideous warning to anyone who would even contemplate opposing the absolute power of the ruling royal family admired by Pres. Trump.

The regime announced that those who were brought into public squares to be decapitated with swords had been punished “for adopting terrorist and extremist thinking and for forming terrorist cells to corrupt and destabilize security.”

In Saudi Arabia, an antiterrorism law adopted in 2017 defines as a “terrorist” anyone “disturbing public order,” “shaking the security of the community and the stability of the State” or “exposing its national unity to danger.” The law essentially provides the death penalty for anyone daring to criticize the Saudi monarchy or its de facto ruler, Crown Prince Mohammed bin Salman.

Under bin Salman, the Trump administration’s closest ally in the Arab world, the number of executions has doubled. While last year, the regime beheaded 149 people, it has already chopped off the heads of 105 people in 2019.

It is known that at least 33 of the 37 put to death this week were Saudi Shias. In the case of 14 of them, their alleged “crimes” stemmed from the mass protests that swept Saudi Arabia’s predominantly Shiite Eastern Province in 2011, expressing popular demands for democratic reforms and an end to the discrimination and oppression of the Shiite population at the hands of a Sunni monarchy, whose rule is bound up with the official, state-sponsored religious doctrine of Wahhabism, an ultraconservative Sunni sect.

Another 11 were accused of spying for Iran.

None of these individuals were allowed to speak to lawyers during investigations that were carried out by means of torture. They were denied visits from their families and kept in solitary confinement during these ordeals, and were sentenced to death in sham mass trials that lacked even a modicum of due process.

The barbaric mass state murders carried out by the regime in Riyadh constituted a calculated political act driven by both domestic and international objectives. Its immediate aim is to intimidate the Shia minority, which constitutes approximately 15 percent of the population and is concentrated in the Eastern Province, a key oil-producing region.

At least three of those put to death were minors at the time of their alleged offenses, making their executions a flagrant violation of international law barring the death penalty for children.

Abdulkarim al-Hawaj, was 16 when he was arrested and charged with participating in demonstrations and using social media to incite opposition to the monarchy. He also was alleged to have helped make banners with slogans denouncing the regime. He was convicted based on a confession extracted through torture, including electric shocks and being held with his hands chained above his head.

Salman Qureish was arrested just after his 18th birthday for alleged crimes that took place when he was a juvenile. Denied his basic legal rights, he was sentenced to death in a mass trial. 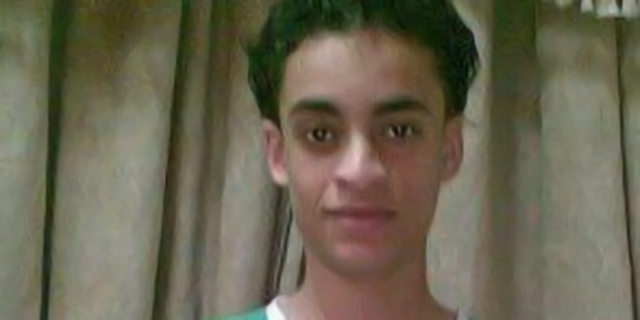 Mujtaba al-Sweikat, arrested at 17 and executed Tuesday in Saudi Arabia

Mujtaba al-Sweikat was 17 when he was arrested at King Fahd International Airport, grabbed as he prepared to board a plane to the United States to begin life as a student at Western Michigan University. He was severely tortured and beaten, including on the soles of his feet, until he provided his torturers with a confession.

The faculty at Western Michigan University issued a statement in 2017 in response to the news of al-Sweikat’s imprisonment:

“As academics and teachers, we take pride in defending the rights of all people, wherever they may be in the world, to speak freely and debate openly without hindrance or fear. We publicly declare our support for Mujtaba’a and the 13 others facing imminent execution. No one should face beheading for expressing beliefs in public protests.

“Mujtaba’a showed great promise as an applicant for English language and pre-finance studies. He was arrested at the airport gates as he readied to board a plane to visit our campus. We were unaware that at the moment we were ready to welcome him, he was locked away, beaten and tortured and made to ‘confess’ to acts for which he was condemned to death.”

The Saudi regime, headed by its de facto ruler Prince Mohammed bin Salman, ignored this protest along with others from United Nations and human rights organizations, convinced that it enjoys absolute impunity based upon the support it enjoys from Washington.

The bloodbath organized by the Saudi regime on Tuesday was the largest since 2016, when it beheaded 47 men in a single day, including the prominent Shia cleric Sheikh Nimr Baqral-Nimr, a leading spokesman for Saudi Arabia’s oppressed Shiite minority. The state killings touched off angry protests in the region, including in Tehran, where crowds stormed the Saudi embassy. The furor was seized upon by Riyadh as the pretext for breaking diplomatic relations with Tehran and escalating its anti-Iranian campaign throughout the Middle East.

Since then, relentless repression in the Eastern Province has been joined with the near-genocidal war that is being waged by Saudi-led forces against Yemen, claiming the lives of at least 80,000 Yemenis and leaving more than 24 million people—80 per cent of the population—in need of humanitarian assistance, many of them on the brink of starvation.

The Sunni monarchy views the rise of the Houthi rebels in Yemen as a potential threat to its own internal situation, fearing that it could inspire the oppressed Shia population to revolt.

The main responsibility for the crimes of the Saudi regime rests with its principal patron, US imperialism. The savage monarchy in Saudi Arabia, with its public beheadings, is not merely some remnant of feudal backwardness. It is rather the direct product of US imperialist intervention in the Middle East, from the concessions secured by Texaco and Standard Oil in the 1930s and 1940s to the current massive arms sales that make the Saudi monarchy today’s number one customer of the US military-industrial complex.

Washington has responded to the mass beheadings in Saudi Arabia with a deafening silence. While the day before the beheadings were announced, the State Department issued a statement in connection with its severe tightening of punishing sanctions against Iran, demanding that it “respect the rights of its people,” there was no such appeal to Riyadh, much less any condemnation of minors having their heads chopped off in public squares.

The Pentagon and the CIA are full partners in the Saudi monarchy’s repression at home, just as the US has provided the bombs and targeting information, along with the midair refueling of Saudi bombers, that have made possible the criminal war against Yemen.

While the savage state murder and dismemberment of the dissident Saudi journalist Jamal Khashoggi at the monarchy’s consulate in Istanbul last October touched off a brief flurry of recriminations against Saudi Arabia, this heinous crime has largely been forgotten.

While Riyadh is going through the motions of a trial of 15 state officials charged with carrying out the gruesome killing, no action is being taken against Crown Prince bin Salman, who ordered the killing, or his senior adviser, Saud al-Qahtani, who reportedly supervised the torture, murder and dismemberment of Khashoggi via a Skype connection from Riyadh.

Barely a year ago, Crown Prince bin Salman was feted as a “reformer” by the US government, Harvard and MIT, as well as a host of US billionaires, from Bill Gates to Jeff Bezos and Oprah Winfrey.

With the media’s attention to the Khashoggi murder grown cold, this myth is once again being revived, even in the face of the mass beheadings. The day after the executions, top Wall Street financiers took the stage with regime representatives at a financial conference sponsored by the monarchy in Riyadh.

BlackRock’s Fink brushed off a question about the mass executions, stating, “The fact that there are issues in the press does not tell me I must run away from a place. In many cases it tells me I should run to and invest because what we are most frightened of are things that we don’t talk about.”

The executions in Saudi Arabia provide an appropriate prism for viewing the entire US policy in the Middle East. The bloodbath is a manifestation of the predatory aims pursued by US imperialism in the region. Washington’s defense of and reliance upon this ultrareactionary regime exposes all of the pretexts given for successive US military interventions, from the so-called “war on terrorism” to the supposed promotion of “democracy” and “human rights.”

In the end, a US foreign policy that is founded upon a strategic alliance with the House of Saud will inevitably prove to be a house of cards that will come crashing down with the revival of the class struggle in the Middle East, the United States and internationally.