Will Trump Be the Sage One? 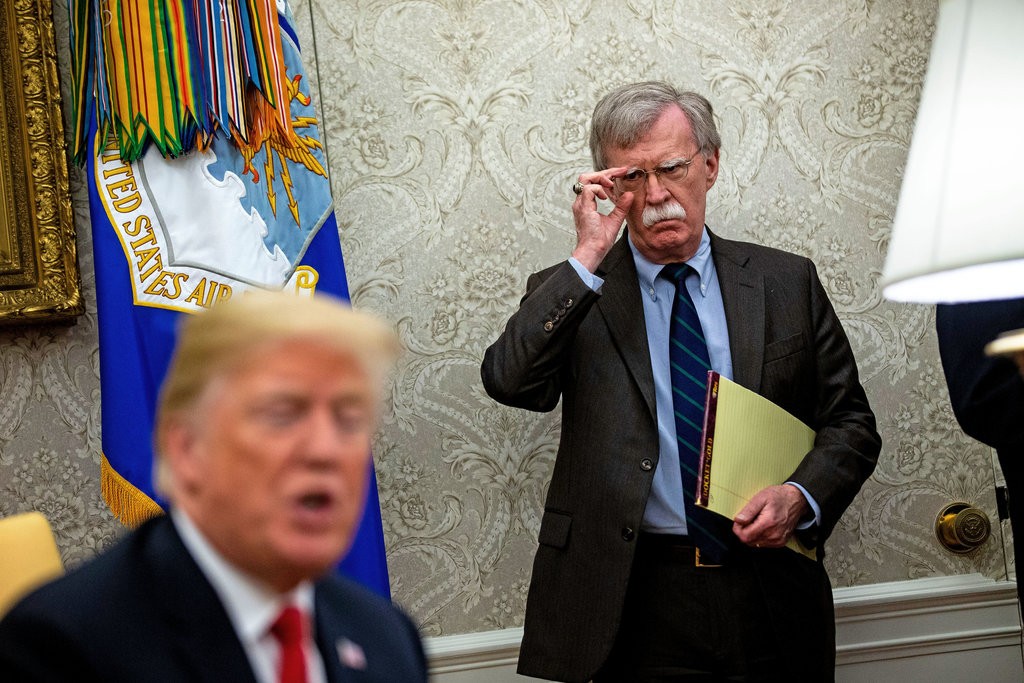 Many people won’t recognize the adult in the room in this picture. He’s the guy without the mustache. CreditAl Drago for The New York Times

18 May 2019 – Only one person can save us from the dangerous belligerent in the White House.

And that person is Donald Trump.

How screwed up is that?

Will the president let himself be pushed into a parlous war by John Bolton, who once buoyed the phony case on W.M.D.s in Iraq? Or will Trump drag back his national security adviser and the other uber hawks from the precipice of their fondest, bloodiest desire — to attack Iran?

“On one side, you have a president who doesn’t want war, who simply wants to do with Iran what he has done with North Korea, to twist the arm of the Iranians to bring them to a negotiation on his terms,” said Gérard Araud, the recently departed French ambassador. “He thinks they will suffer and at the end, they will grovel in front of his power.”

But in a way, Araud said, the face-off with the Iranians is more “primitive and dangerous” because, besides Bolton, other factions in the Middle East are also “dreaming of going to war.”

“Even if Trump doesn’t personally want war, we are now at the mercy of any incident, because we are at maximum tension on both sides,” said Araud, recalling Candidate Trump’s bellicose Twitter ultimatums in 2016 when Iran’s Revolutionary Guards held American sailors blindfolded at gunpoint for 15 hours.

Given their sour feelings about W. shattering the Middle East and their anger at Trump shredding the Iran nuclear deal, Europeans are inclined to see the U.S. as trying to provoke Iran into war. This time, the Europeans will not be coming along — and who can blame them?

I’m having an acid flashback to 2002, when an immature, insecure, ill-informed president was bamboozled by his war tutors.

There is the same feeling of the hawks building a calculated campaign for a Middle East invasion. W.’s administration had a monthslong rollout strategy. “From a marketing point of view,” Andrew Card, W.’s chief of staff, said in the summer of 2002, “you don’t introduce new products in August.” Have the hawks around Trump been waiting to get through two rings of fire — the Mueller threat and Benjamin Netanyahu’s re-election — to roll out their latest ingenious product: World War III?

In an echo of the hawks conspiring with Iraqi exiles to concoct a casus belli for Iraq, Bolton told members of an Iranian exile group in Paris in 2017 that the Trump administration should go for regime change in Tehran.

“And that’s why, before 2019, we here will celebrate in Tehran!” Bolton cheerily told the exiles.

When Bolton was the fifth column in the Bush 2 State Department — there to lurk around and report back on flower child Colin Powell — he complained that W.’s Axis of Evil (Iran, Iraq, North Korea) was too limited, adding three more of his own (Cuba, Libya, Syria). Then, last year, Bolton talked about “the Troika of Tyranny” (Cuba, Nicaragua, Venezuela). His flirtations with military intervention in Venezuela this month irritated Trump.

The 70-year-old with the Yeti mustache is an insatiable interventionist with an abiding faith in unilateralism and pre-emptive war. (The cost of our attenuated post-9/11 wars is now calculated at $5.9 trillion.)

W. and Trump are similar in some ways but also very different. As Trump biographer Michael D’Antonio notes: W. was interested in clarity. Trump wants chaos. W. wanted to trust his domineering advisers. Trump is always imagining betrayal. W. wanted to be a war hero, like his dad. Trump does not want to be trapped in an interminable war that will consume his presidency.

Certainly, the biographer says, Trump enjoys playing up the scary aspects of brown people with foreign names and ominous titles, like “mullah” and “ayatollah,” to stoke his base.

But Trump, unlike W., is driven by the drama of it. “It’s a game of revving up the excitement and making people afraid and then backing off on the fear in order to declare that he’s resolved the situation,” D’Antonio said. “Trump prefers threats and ultimatums to action because that allows him to look big and tough and get attention without doing something for which he will be held responsible. This is who he is at his core: an attention-seeking, action-averse propagandist who is terrified of accountability in the form of coffins arriving at Dover Air Force Base.”

David Axelrod, who had the military briefing about what a war with Iran would look like when he was in the Obama White House, said: “I’m telling you. It’s not a pretty picture.”

He says he is not sure which movie Bolton is starring in: “Dr. Strangelove” or “Wag the Dog.”

“If part of your brand is that you’re not going to get the U.S. into unnecessary wars,” he said, “why in the world would you hire John Bolton?” 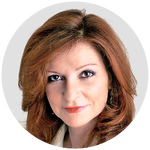 Maureen Dowd, winner of the 1999 Pulitzer Prize for distinguished commentary and author of three New York Times best sellers, became an Op-Ed columnist in 1995. In August 2014, she also became a writer for The Times Magazine.

A version of this article appears in print on May 19, 2019, on Page SR11 of the New York edition with the headline: Will Trump Be the Sage One?.