Fernando A. Flores’s debut novel, Tears of the Trufflepig, is unlike any border story you’ve read before. 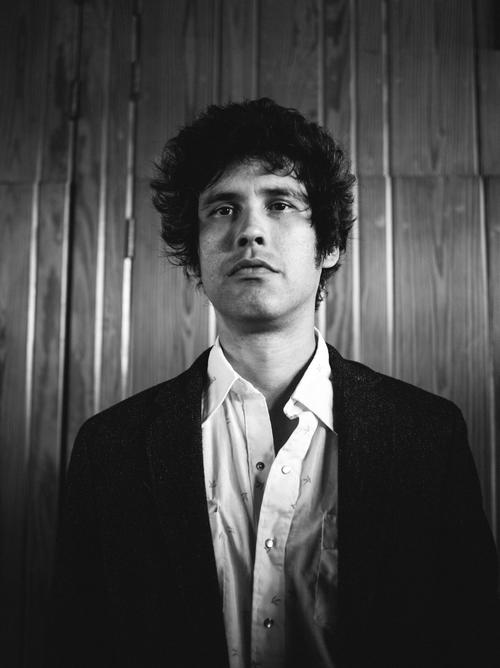 10 Jun 2019 – There are approximately 48 legal border crossings between the United States and Mexico, and each is now a potential vector for some new horror. In the not-so-distant future, DNA testing may be conducted by the Department of Homeland Security on immigrants at these crossings. Some officials are worried about fake families, a supposed rash of criminals and traffickers claiming children as their own to skirt the law. Even sooner, there are proposals to start charging asylum seekers application fees. At the border, you can see the future now, but only for those our country would rather do without.

Tears of the Trufflepig, Mexican-American author Fernando A. Flores’s debut novel, brings us to that future and takes perverse pleasure in showing us how banal all that evil is. Set in the fictional border town of MacArthur, Texas, the novel prefers its absurdities small and slyly delivered. A passage will, in passing, mention a miles-long line of pedestrians looking to cross the border just to go to an American grocery store, happily paying an import tax on the way back. Or a nonexistent Tallulah Bankhead film, watched on a device called a “replica” that, in the spare bits of prose dedicated to describing it, seems to be both capable of tremendous things (as an all-in-one entertainment device that can seemingly summon up anything) and frustratingly limited (it’s strangely analog, using dials and displaying its picture only in black and white), perhaps by design.

At its heart, the novel may be a border story, but it’s a bizarre, macabre, and wryly funny one that doesn’t need to do much to damn those who would look at the border and presume to understand it. It’s a work that’s cutting and frank—not by being confrontational or by being a dystopian lament. It’s blunter, more matter-of-fact in its presentation of the horrors and absurdities that a not-so-implausible future could hold, because the present already holds them. The characters in Flores’s novel know this, have always known this, despite what good Americans might think.

Tears of the Trufflepig follows Esteban Bellacosa, a widower who makes a living finding things—mostly construction equipment—slipping back and forth between MacArthur and the Mexican backcountry. With clients who depend on his ability to navigate both countries, he’s a man who exists in a perpetually liminal state, numb to the tyranny of the cartels and the cartoonish levels of escalating border security. He is content to continue in his mostly quiet life. But unfortunately for him, he meets Paco Herbert.

Herbert is the sort of journalist that grows like mold in pulp, an adrenaline junkie with a disregard for editors and malleable ethical boundaries for how far he’ll go in the service of what he sees as the truth. He is in town on assignment: His editor has procured him an invitation to an exclusive dinner party for the megarich to congregate anonymously and enjoy the sort of fare that only they can afford. It’s a field day for Herbert. All manner of robber barons, lobbyists, and crime-syndicate affiliates could be in attendance. His only problem is that the invitation is for two, and Herbert is in MacArthur by himself. Fortunately for him, Bellacosa is a creature of habit, frequenting the same diner as Herbert, never saying much—as good a partner as he’s going to find, and one who isn’t going to turn down a decent paycheck.

The journey that Bellacosa and Herbert embark on is too horrific to be called a comedy, too absurd to inspire dread. “Irreverent” comes to mind, but not in the brash, performative mode. Instead, Tears of the Trufflepig is irreverent in a plainer sense, showing the way moneyed hands are entitled to the sacred (the literal lives and history of indigenous people), casually sullying them simply to satisfy their boredom. Or looking at the moral failures of the border and transforming it into a science-fiction circus.

Because in the world of Tears of the Trufflepig, there is not one border wall but two, with plans for a third underway. Narcotics are legal, and crime syndicates instead traffic in “filtered” animals (previously extinct species brought back by cloning technology for the amusement of and consumption by the very rich), as well as ancient artifacts and shrunken heads. The rich will do anything to savor the flesh of the animals that were once extinct and to procure the shrunken heads of those with indigenous blood—the 1 percent’s most coveted possession. 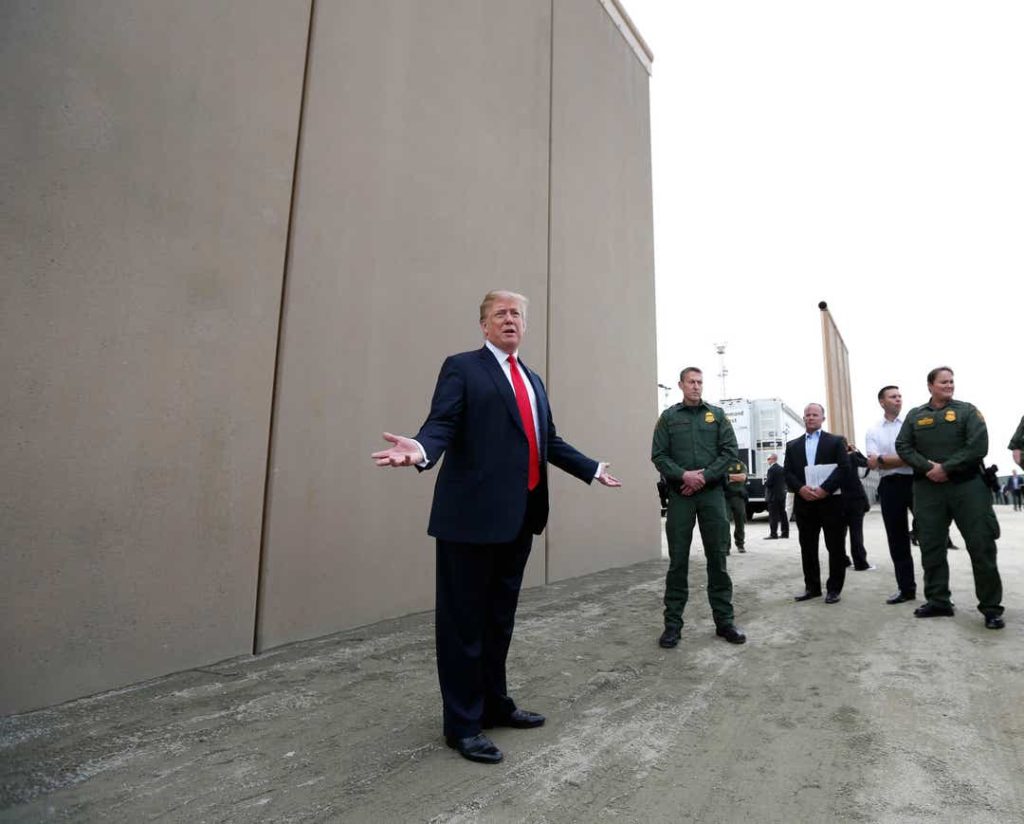 That last bit is where Tears of the Trufflepig takes its strangest, most compelling turns. The fictional Aranaña tribe is central to the novel’s world—an entire group of people that simply disappeared, without explanation. The mystery of the Aranaña haunts the story’s proceedings even as they’re mentioned only in passing. That is until the eponymous trufflepig, the tribe’s object of worship, makes a surprise appearance at the dinner party.

There, Tears of the Trufflepig’s disparate strange, unsettling ideas converge. Dishes made from filtered animals are on the menu: gumbo made from bass fished to extinction off the coast of Louisiana and served in tortoise shells, butter made from the fat of blue-billed geese, and Mayan scallops. Attendees gawk at shrunken heads and talk about the authenticity of the people those heads once belonged to. And then that trufflepig, a squat, comical-looking creature of foreboding—a small-beaked animal with leathery skin, milky tears, and legs that are incapable of walking—is put on display for guests to admire. Isn’t it odd, a woman tells Bellacosa at the party, that science would bring the trufflepig back right around the time the Aranaña mysteriously appeared again in the desert?

These are all ideas that gesture at reality in ways that aren’t even terribly oblique. If we could bring back the past, it’s a certainty that it would benefit only the rich. And America has always found the indigenous to be more useful dead than alive—lest anyone stand in the way of its plunder.

David Lynch once described the origin of Twin Peaks’ Red Room—a haunted, multidimensional border of a sort—as coming to him in a flash after putting his hands on the roof of a warm car, the iconic images spilling forth from his subconscious. Tears of the Trufflepig comes into focus in much the same way, heat activating nerve endings to open up a door in the back of your mind, the hallucinogenic delivered with a straight face and an absence of mania. This is most clearly felt in Flores’s prose, which portrays the mundane and the fantastic with the same frictionless delivery, causing its world to blossom in your mind. The farcical and the reprehensible exist side by side here, as the comical overreach of Customs and Border Protection is described in the same lived-in tone as rich people’s importing bottled water from Mars.

Bellacosa’s place in the story is a border as well. Through his eyes, we pass from one country to another, from plain reality to vivid psychedelia (the trufflepig, we learn, has psychedelic properties and maybe even psychic powers), from el campo to the depraved banquets of the filthy rich. He is permeable and opinionless, less a cipher than a sieve. The loss of his wife has left him rootless, the world moving through him. It’s hard to blame him; this isn’t a world anyone can stand to look at for too long anymore. In it, Arizona gives tax breaks to Americans who kill immigrants trying to cross the border. Whole families camp out on the American side of the first border wall to shoot immigrants and take photos in front of the corpses. An indigenous line cook we meet knows that he’d be worth more with his head lopped off and shrunken than he would ever be working for a living.

“In Switzerland and Venice, rich people who are far away from this culture have convinced themselves it’s an art. They even have a rating system,” Herbert tells Bellacosa in a MacArthur diner. “We’re lucky, people like us. Our heads aren’t worth a thing. Our indigenous blood has all but washed away. With what? With America, compadre.”

There’s a second, darker function that the border serves in the American consciousness, and it’s distance. An unstated permission to disregard a community so close to us that we can make use of their labor and adopt their cuisine but can never afford them the full range of empathy that we give our immediate neighbors, because what happens at the border is made to seem far away. This is the temptation of America: It is the land of inertia. A place that will rinse your history from you and attempt to replace it with indifference. And perhaps the only way one can cope with being on the receiving end of that indifference is by developing a detachment of a different sort.

Through Bellacosa, we see a border town’s perspective on being a border town—perplexed, surreal, and, most important, mundane. In that way, it’s a cousin of other magical-realist locales like Gilbert Hernandez’s Palomar, a place where the uncanny makes its home among the people but is rarely disruptive. Ambivalence to the presence of the unreal is necessary for survival. The marginalized can rarely afford to fret about being marginalized. They’re too busy trying to get by.

Flores has characterized his book as an anti-research novel, full of details that reach outward from the book’s possible future to our own, threads that, if followed, lead to strange culs-de-sac of dream logic. Readers might note that Bellacosa smokes Herzegovina Flors and, with a few taps on their smartphone, learn that those were the preferred cigarettes of Joseph Stalin, who would, the story goes, cut them open and dump their tobacco into a pipe in order to preserve his working-class image. Or maybe readers wouldn’t.

It’s not insignificant that the criminals and 1 percenters of Tears of the Trufflepig have developed the seemingly barbaric vice of trading in the shrunken heads of those descended from the indigenous. The Latin diaspora is defined by inarticulate loss—bloodlines that trace back to cultures that no longer exist, languages that are no longer spoken, wealth and achievements erased from the world and melted down to fill the coffers of colonizers.

This loss continues in ways both petty and catastrophic—in Yelp reviews from white people about the authenticity of food, in hostility toward the Spanish language (itself a compromise, the adopted tongue of a colonial power), in the very denial of humanity and due process as families seek asylum at the border, even as exploited immigrant labor keeps bigots’ favored resorts running.

There isn’t much left to take, so there’s little point in maintaining the ruse. Spare us the trouble of fretting over drugs and crime, and just come for our heads.

Joshua Rivera is a writer whose work has appeared in GQ, Vulture, and Vanity Fair. He currently covers video games at Kotaku.