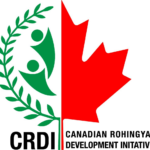 Amnesty International’s latest report, “No one can protect us” is an evidence-based, persuasive detailing of the most recent military violence in Rakhine state against ethnic Rakhine and Rohingya.

30 May 2019 – Amnesty International just released a hard-hitting report on the continued violations of international humanitarian law and human rights abuses in Rakhine state. Since the beginning of 2019, violence perpetrated principally by the Myanmar military against mostly ethnic Rakhine and some Rohingya in Rakhine state has escalated. The Arakan Army (one of the country’s armed insurgent groups, made up of ethnic Rakhine) has become the target of the Myanmar military, as they seek more autonomy from the Burmese state.

Systemic Nature of Military Abuse – Connection to 2017 Violence against Rohingya

The report outlines that the military units who (in large part) orchestrated the genocide and exodus of Rohingya people into Bangladesh in August 2017 are the same units conducting latest military operations against the ethnic Rakhine, occasionally Rohingya, and other minorities.

Using multiple sources of data and information, this report frankly explains the indisputable role of the military in these crimes: “the new operations in Rakhine State show an unrepentant, unreformed and unaccountable military terrorizing civilians and committing widespread violations as a deliberate tactic…The prospect of meaningful justice and accountability in Myanmar is almost non-existent, as criminal responsibility goes to the military’s senior-most levels…The fact that violations – including war crimes – have been committed not only by units long based in Rakhine State and associated with previous atrocities but also by newly-deployed units, highlights the institutionalized and systemic nature of military abuse in Myanmar.”

Effects of Violence on Rohingya Communities

As this report indicates, Rohingya continue to be victims of conflict in Rakhine state. It underlines how the Burmese military continuously shows indifference toward civilian life due to their excessive use of heavy artillery, aerial bombardments, and landmines that disproportionally affect civilians. As well as being direct causalities to the violence, Rohingya further have trouble accessing urgent medical aid for those who are injured and sick. And, the report recounts instances of forced labour by Rohingya civilians, and the military use of their schools. Moreover, the report highlights that there are still approximately 128,000 people, most of them Rohingya, who are internally displaced, lacking access to basic necessities.

Abuses by Arakan Army against Rohingya

The report goes on to explain how Rohingya continue to be targets of military violence, by both the Burmese military as well as the Arakan Army. The report clarifies that “while the overwhelming majority of violations have been perpetrated by the Myanmar military, the Arakan Army has also committed abuses, including abductions and arbitrary deprivation of liberty. Almost a month after they were abducted by AA fighters in Rathedaung Township, the fate and whereabouts of two ethnic Rohingya men remain unknown. In some instances, AA fighters have conducted operations in a manner that has placed civilian villagers at risk of harm.”

At the same time, in the midst of this heightened level of violence, the United Nations High Commissioner for Refugees (UNHCR), the United Nations Development Programme (UNDP) and Myanmar’s Ministry of Labor, Immigration and Population) have extended the memorandum of understanding (MoU) they had drafted in spring 2018, for another year. The ostensible goal of the MoU is to create conducive conditions for voluntary and sustainable repatriation of Rohingya from Bangladesh, by establishing a framework of cooperation for improved and resilient livelihoods for the communities in northern Rakhine state. The parties reaffirmed their stated commitment to the timely and effective implementation of this goal.

We at CRDI find this reaffirmation and one-year extension disturbing for three important reasons:

We have not seen any evidence that Myanmar has improved the conditions in Rakhine (in fact, as we irrefutably can see, they have worsened) to make us think that a repatriation is a realistic option. It is hard to believe that these three parties have our security and survival in mind when crafting such statements when the risk of violence and death in Rakhine is highly likely.

We urge the UNHCR and the UNDP to listen to our perspectives and to incorporate our wishes in the decision-making processes that impact our lives and the lives of our families.