He Was Arrested at 13. Now Saudi Arabia Wants to Execute Him

8 Jun 2019 — A group of boys on bicycles gather on a dusty side-street in eastern Saudi Arabia.

Foot on pedal, 10-year-old Murtaja Qureiris is about to lead the group of around 30 children. In video footage obtained by CNN, he is wearing rolled up denim jeans and black flip-flops on his feet, and grinning at the camera recording the event. It may look like a regular bike ride, but the group is staging a protest.

Moments after they set off, Qureiris gets lost in the sea of boys, struggling to keep up as he lifts a megaphone and presses it against his lips. “The people demand human rights!” he shouts.

As a boy, Qureiris participated in demonstrations like this bike ride, expressions of dissent in Saudi Arabia’s Eastern Province during the 2011 Arab Spring.

Three years after he was filmed taking part in the bike protest, Saudi authorities arrested Qureiris, then just 13 years old. He was traveling with his family to Bahrain when he was detained by Saudi border authorities on the King Fahd causeway that connects the two countries.

At the time, he was considered by lawyers and activists to be the youngest known political prisoner in Saudi Arabia.

Now, at the age of 18, Qureiris is facing the death penalty after being held for almost four years in pre-trial detention, CNN has learned.

In April, Saudi Arabia announced it had executed 37 men who, according to rights group Reprieve, were mostly from the kingdom’s Shia minority. The country has one of the highest rates of execution in the world, and has frequently been criticized by rights groups for executing people who were minors at the time of the commission of crimes.

Qureiris was 10 years old when he committed at least one of those alleged crimes in his charge sheet, CNN has learned. He was charged with accompanying his activist brother, Ali Qureris, on a motorcycle ride to a police station in the eastern Saudi city of Awamiya, where Ali allegedly threw Molotov cocktails at the facility.

The age of criminal responsibility in Saudi Arabia is unclear, but in 2006 the kingdom told the Committee on the Rights of the Child that it had raised it to 12, according to Human Rights Watch.

Saudi Arabia has also previously told the United Nations that it does not impose the death penalty on prisoners convicted of crimes before the age of criminal responsibility.

Qureiris is currently being tried at a terror court, where the prosecution has accused him of belonging to “an extremist terror group.” He faces other charges ranging from violence allegedly committed during protests – including helping to construct Molotov cocktails — to shooting at security forces and marching at his brother’s 2011 funeral.

Qureiris has denied the charges and said that the confessions, which the prosecution has largely relied on, were obtained under duress, CNN has learned.

Saudi Arabia has not responded to CNN’s request for comment on his case. 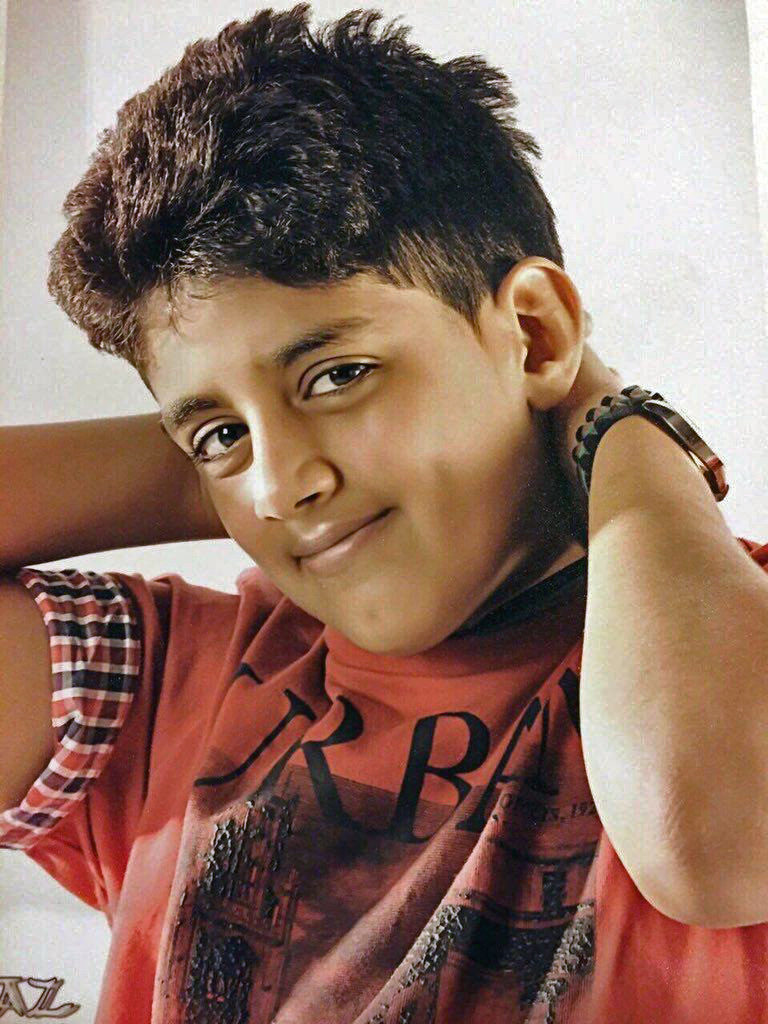 Qureiris, pictured in an undated photo, spent at least one year and three months of his detention in solitary confinement.

Murtaja Qureiris was 11 when his brother died taking part in protests that the kingdom described as violent.

In videos of the older Qureiris brother’s funeral obtained by CNN, mourners chanted anti-government slogans as the procession filled a thoroughfare.

The video showed the slain activist’s father, Abdullah Qureiris, leaning over the shrouded body, openly pleading with God to help him deal with the absence left behind by his son’s death. He is seen kissing him one last time before the body is carried away by a sea of mourners.

Though the prosecution has not held Qureiris responsible for any loss of life, CNN has learned that it is seeking to impose the harshest form of the death penalty, which may include crucifixion or dismemberment after execution. Prosecutors argued that his “sowing of sedition” warranted the worst possible punishment, according to the kingdom’s strict interpretation of Islamic Sharia law.

A charge sheet recommending the death penalty was presented to Qureiris just months before his 18th birthday. Another of his brothers has also been jailed, and his father was detained last year, according to activists.

At least one year and three months of Qureiris’ detention has been spent in solitary confinement, CNN has learned.

In 2016, the UN Working Group for Arbitrary Detention discussed the case of a jailed Saudi minor whom it did not name, but whose information matched the details CNN collected about Qureiris.

His birthdate, as well as his place and date of arrest, were consistent with Qureiris’ case.

The UN Working Group said at the group’s 77th session on November 2016 that it believed the minor had been tortured, his confessions “extracted” and that his arrest was arbitrary. It also said that the detention violated international norms, according to its published findings.

The UN Working Group said the minor was likely detained in connection with “his participation in peaceful demonstrations calling for justice for some protestors who were killed and in the funerals of those martyrs.”

The UN Working Group for Arbitrary Detention and the UN Special Rapporteur for Torture did not respond to CNN’s request for comment on the case.

UK-based Saudi activist Mohammad Daman, who was present at several 2011 protests Qureiris participated in, told CNN the demonstrations were peaceful. He said Saudi Arabia has not produced video or photographic evidence of violence committed at the time.

But Saudi authorities have frequently characterized anti-government demonstrations in the country’s Eastern Province as violent, saying that demonstrators attacked both security forces and civilians.

Activists say that pro-democracy demonstrations were often met with brute force, and that the movement was eventually all but quashed by a crackdown on activists. 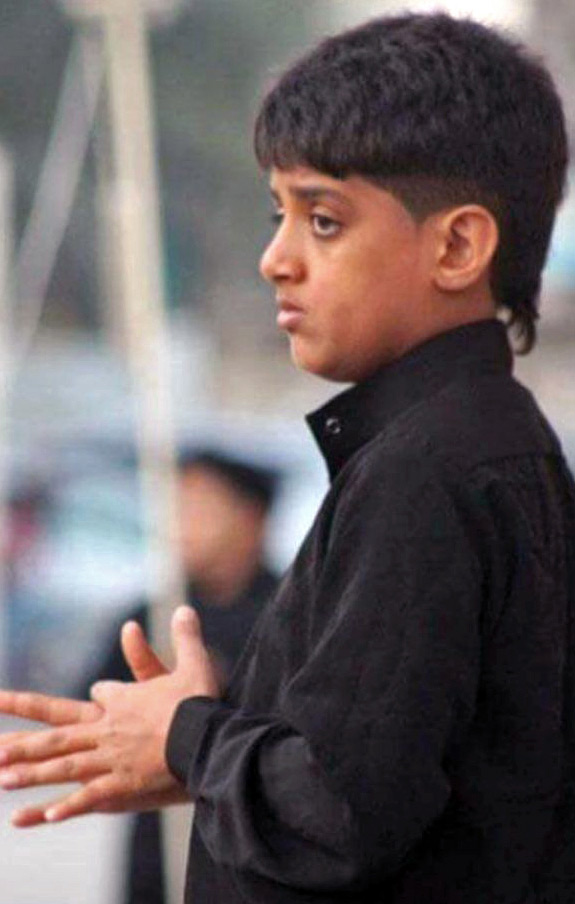 The UN has criticized Saudi Arabia over the case of a jailed minor whose details match Qureiris’.

Minors at the time

If Saudi Arabia sentences Qureiris to death, he would join at least three other prisoners executed this year for crimes allegedly committed before the age of 18.

CNN reviewed court documents that detailed the cases of two of three men who were minors at the time of the commission of alleged crimes. Abdulkareem al-Hawaj, Mujtaba al-Sweikat and Salman Qureish were part of the mass execution of 37 men, most of whom were Shia.

All three were arrested for violence the government says was committed during protests around the time of the Arab Spring. But the prosecution relied heavily on confessions which the prisoners said were extracted from them. In the court proceedings, they said that they were tortured, the confessions made under duress.

In Saudi Arabia, the death penalty can only be enforced by order of King Salman or his authorized representative. Crown Prince Mohammed bin Salman is frequently characterized as the King’s deputy.

A crackdown on Saudi dissidents has intensified since 2015, when King Salman ascended the throne, appointing his son, Mohammed bin Salman, to several powerful posts. The young prince has spearheaded a drive for social and economic reforms in the kingdom, and has sought to consolidate his rule in the process.

The 33-year-old crown prince has ordered the rounding up of scores of high-profile clerics, analysts, businessmen and princes, as well as women’s rights defenders who were allegedly tortured and whom authorities accuse of having “suspicious contact” with foreign entities. The Saudi government has repeatedly denied allegations of torture.

In one of the videos of Murtaja Qureiris obtained by CNN, the boy is seen standing next to his father who is addressing a crowd of protesters.

Most of the demonstrators are masked. Murtaja and his father are barefaced, something that may have made it easier for the family to become ensnared in the government’s crackdown on activists.

“Murtaja (Qureiris) was one of the only people who didn’t wear masks during the protests,” recalled activist Mohammad Daman. “And he was always with his dad (Abdullah).”

In the footage, Abdullah is dressed in a brown thobe normally reserved for the elders of an Arab tribe, and speaking into a megaphone while another protester holds a Quran over his head.

“We pledge to the martyrs that we will continue our marches,” says Abdullah Qureiris.

Standing next to him is Murtaja Qureiris with a ski mask on his head, having apparently removed it from his face. He glances at the camera, smiles, and walks away, unaware of what was to face him in the future.