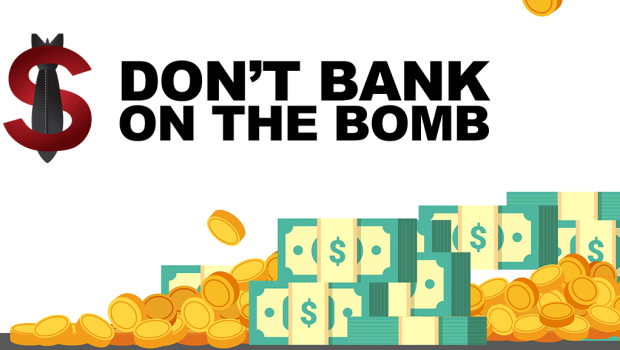 1- The private sector is investing $748 billion in nuclear weapon producers.

2- Just 10 companies are responsible for more than 50% of those investments: 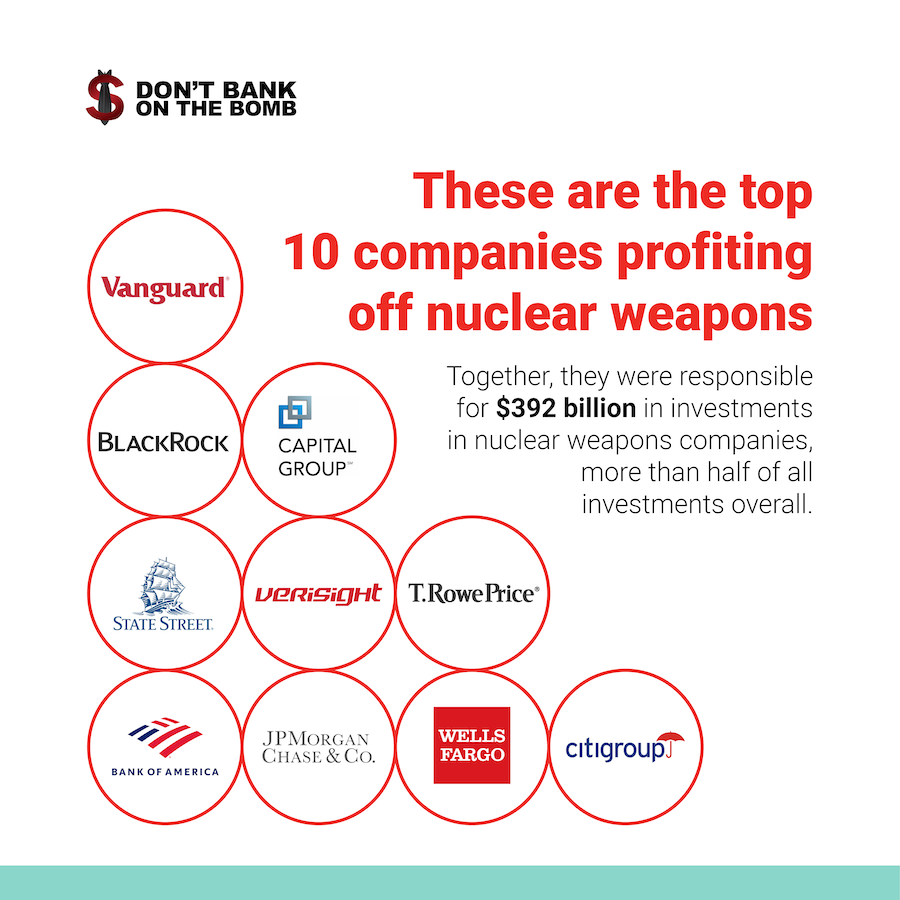 3 -The private sector is also looking to gain from the new nuclear arms race.

In addition to the growth in government contracts for the companies involved in producing, maintaining and updating nuclear weapons, investments by the private sector in these companies have also been going up since Trump took office.

Private investments in nuclear weapons producers have been growing alongside the new nuclear arms race:

4- Nuclear weapons pose a reputational and financial risk to investors.

In the last year, almost 100 financial institutions divested from nuclear weapon producers. Financial institutions like ABP, KBC and Swedish pension funds no longer appear on the full investor lists. Reasons for the change included the expected entry into force of the UN Treaty on the Prohibition of Nuclear weapons (which will make all activities related to nuclear weapons – including investment – illegal) and the vocal opposition from clients and shareholders to these risky investments. Not only that, but there is a growing movement that puts attention into where money is invested. It is estimated that about 25% of all wealth on the planet today is invested in a socially responsible way

Everyone can do something about the nuclear weapon threat. We made the Don’t Bank on the Bomb report to show investors that companies involved in producing nuclear weapons are risky business, but these institutions are most receptive when the message comes from those they are accountable to. The growing number of divestments shows that clients are succeeding in their demands for more sustainable and responsible investments.

“Every time someone asks their bank or pension fund about nuclear weapon producers, the riskier it gets to keep those types of investment on the books,” says Maaike Beenes, PAX researcher for Don’t Bank on the Bomb. “Smart investors want a low risk and a high return, and the more people that make it clear they don’t want their money anywhere near nuclear weapon companies, the faster those companies will be excluded.”

So will you make sure your bank, insurer and pension funds know that you don’t want your money being used to invest in nuclear weapons? Check if they’re on the list. If they are, it’s time to give Customer Service a call.

* Check if your bank is investing in nuclear weapons

The International Campaign to Abolish Nuclear Weapons (ICAN) is a coalition of non-governmental organizations in one hundred countries promoting adherence to and implementation of the United Nations nuclear weapon ban treaty. This landmark global agreement was adopted in New York on 7 July 2017. Since our founding, we have worked to build a powerful global groundswell of public support for the abolition of nuclear weapons. By engaging a diverse range of groups and working alongside the Red Cross and like-minded governments, we have helped reshape the debate on nuclear weapons and generate momentum towards elimination. We were awarded the 2017 Nobel Peace Prize for our “work to draw attention to the catastrophic humanitarian consequences of any use of nuclear weapons” and our “ground-breaking efforts to achieve a treaty-based prohibition of such weapons”. More…