Washington’s Huawei Hypocrisy… US Government Is Instrument of American Corporations 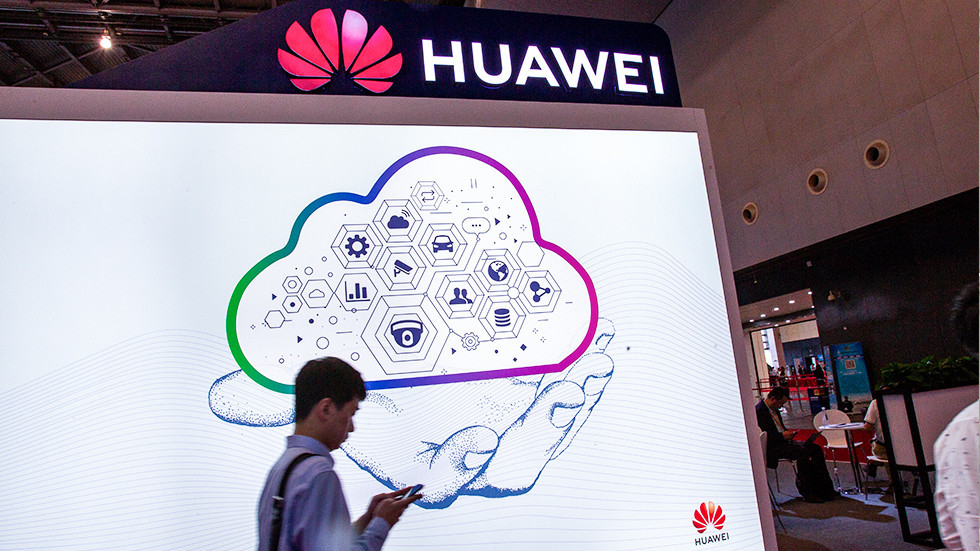 31 May 2019 – US Secretary of State Mike Pompeo doubled down on vilification of Chinese telecoms giant Huawei as “an instrument of government” suggesting that the company was a national security threat by acting as an agent for Beijing.

Like his boss, President Trump, and many others in Washington, Pompeo seems blind to an alternative glaring reality. The US government is the consummate instrument of American corporations. Its congenital service to corporate profit-making is the real national security risk to American citizens and a global security threat for all people of the world due to the wars that Washington unswervingly pursues on behalf of US corporate interests.

The irony could not be richer. President Trump has banned Huawei from US markets by executive order on the grounds that the company’s smartphones could be spying devices for the Chinese government. This move by a nation whose government espionage agencies were exposed using every US telecom, tech and social media company as a conduit for their global harvesting of private citizens’ data as well as that of foreign heads of state.

Moreover, the White House claim that Huawei is an instrument of Beijing state authorities is a risible form of guilt projection. The Trump administration’s ban on Huawei is nothing more than US government abusing its state power to hamper a Chinese competitor from outperforming American tech corporations. Huawei’s products are reputedly cheaper and smarter than US rivals. Some observers also point out that the Chinese technology is invulnerable to hacking by the American spy agency, the NSA, further adding to its consumer appeal. Outperformed on market principles, the US government takes a legalistic, propagandistic sledge hammer to smash Huawei from the marketplace in order to bestow an unfair advantage to inferior American corporations.

So, just who exactly is being an instrument for whom?

Governments in all nations of course use their legislative, fiscal and policy resources to try to build up key companies for their national economic development. It’s standard practice throughout history and the world over. Governments can use subsidies and grants to boost companies, or tariffs to shield them from foreign competition.

The US, however, is a stellar example of how government intervenes strenuously at every stage in the market to benefit private corporations. Without massive injections of public money for grants, tax deductions, subsidies, and so on, American corporations would not have risen to the scale they have, as Michael Parenti documents in ‘Democracy for the Few’. This relationship, of course, negates the myth of US “free market capitalism.” In reality, American corporations are publicly supported entities whose profits go to private shareholders. The overarching agent for this process of centrally-planned corporate capitalism is the American government.

From its earliest days as a European colony, it was the newfound federal authorities who rolled back frontiers with the native Americans through genocidal wars in order to benefit cattle and cereal companies, mining magnates, transport and telecoms, oil firms, and firearms manufacturers.

In its young years as an imperial power, it was Washington that organized and dispatched federal troops to wage wars in the Caribbean and Latin America – all for the sole benefit of Wall Street and the expanding agro-industry. Retired Marine Major General Smedley Butler, in his 1930s book ‘War is a Racket’, described the American military as a henchman for US corporate profits. But without the government acting as recruiter, financier and commander-in-chief, the US Army could not function as a henchman for the corporations.

Let’s take a few specific examples in history to illustrate the instrumental role of the US government in advancing or defending corporate interests. In 1953, President Eisenhower authorized the coup in Iran organized by the CIA and Britain’s MI6. A main objective of that intervention was to seize Iranian oil. Five US corporations subsequently exploited the Iranian feast, until the revolution in 1979 kicked them out along with the American puppet dictator, Shah Mohammad Reza Pahlavi. It’s a fair bet that current military threats from the Trump administration against Iran are prompted by a strategic desire to reclaim American corporate interests.

Following the Cuban revolution in 1959, one of the main protagonists for US military invasion of the island and for covert sabotage operations was the American soft drinks industry, headed up by Coca-Cola and Pepsi. They feared the nationalization of sugar plantations by the Castro government would hit their profits.

There are also suggestions that President John F Kennedy may have been assassinated by powerful US state forces, working in cahoots with American corporate interests, because he didn’t adopt a sufficiently aggressive policy towards Cuba after the Bay of Pigs fiasco in 1961. Related to JFK’s assassination was his reluctance to go to war in Vietnam in the early 1960s, which big oil companies and weapons manufacturers were all avidly pushing. His successor, the Texan Senator Lyndon Baines Johnson, who was close to both industries, duly obliged by paving the way for all-out war in Indochina after 1964. Up to two million Vietnamese were killed, as were some 58,000 US troops. Millions more maimed. The corporations made huge profits from the decade-long slaughter. But the US economy began a long descent that continues today from incurring fiscal debts over Vietnam, which prompted Washington to abandon the gold standard, and heralded the age of funny money with the dollar acting as an overrated international reserve currency.

Many more examples could be cited to illustrate how US government – both the White House and Congress – are agents for corporate profits, often to the horrendous detriment of international peace and the common good of ordinary Americans.

The 2003 war on Iraq – killing over one million civilians and maiming tens of thousands of Americans – was widely seen as a pretext for grabbing Iraqi oil for US corporations like Halliburton, for whom then vice president Dick Cheney was previously an executive board member.

The present warmongering towards Venezuela by Washington is openly touted by White House National Security Advisor John Bolton as being about US corporate lust for the country’s oil reserves – which are reckoned to be the biggest on the planet.

Out of the top 12 corporate financial donors to politicians in Washington, three of them are weapons companies: Boeing, Lockheed Martin, and Northrop Grumman; a fourth is oil titan Exxon-Mobil. There is an obvious correlation between corporate bidding and foreign policies embarked on by US governments which leads to conflict and wars, which in turn repays these corporations with soaring profits.

The American government is the best instrument that corporate money can buy.

Thus, when Trump, Pompeo and other Washington political (and media) prostitutes pontificate and rail against Huawei, just remember: these talking heads are bought and paid for – lock, stock and barrel.