Myanmar Must Give Rohingya ‘Pathway to Citizenship’ – UN Investigator 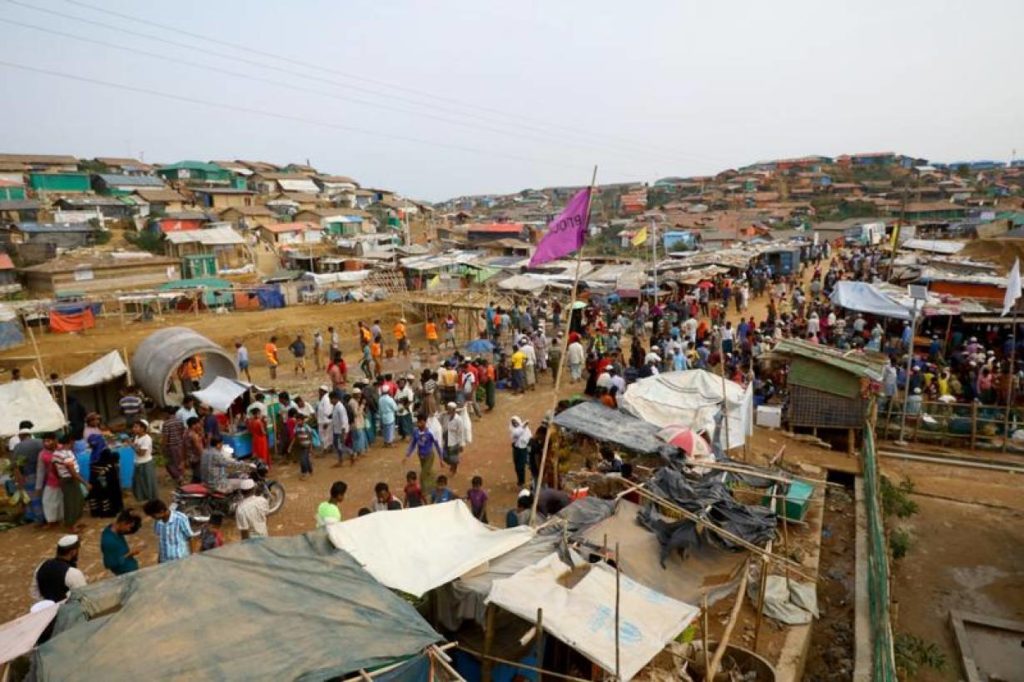 26 June 2019 – Myanmar must grant citizenship to stateless Rohingya with roots in the country, a senior U.N. investigator said on Wednesday, as she urged the country’s leader Aung San Suu Kyi to “be the democrat she once told us she was”.

Buddhist-majority Myanmar does not recognise the Muslim Rohingya as citizens despite a long history in the country.

Hundreds of thousands fled to neighbouring Bangladesh following a 2017 crackdown by the military, which U.N. investigators say was executed with “genocidal intent”.

“I have seen much brutality in the different parts of my career but the rape and forced eviction of the Rohingya shook me to my core,” said Radhika Coomaraswamy, a member of the U.N. fact-finding mission that gathered evidence on the violence.

Coomaraswamy said statelessness was at the root of the “horrific” Rohingya crisis, which was among the worst she had seen, second only to the Rwandan genocide.

She told how soldiers shot at fleeing villagers, gang raped women and burned down houses with children inside.

Myanmar has rejected a report by the United Nations investigators calling for top generals to be prosecuted for genocide, saying the international community is making “false allegations”.

Coomaraswamy was speaking after addressing a global conference on statelessness in The Hague where the plight of the Rohingya is in the spotlight.

The Rohingya are among an estimated 10 to 15 million stateless people in the world who are not recognized as citizens of any country.

Sometimes called “legal ghosts”, stateless people are deprived of basic rights from education to employment and vulnerable to exploitation, violence and arbitrary detention.

“These are heartbreaking issues and one is never quite the same after … seeing the impact that forced statelessness has,” Coomaraswamy told delegates.

The Rohingya are the world’s largest stateless population. About 900,000 are in Bangladesh, hundreds of thousands remain in Myanmar and others are scattered throughout Asia.

Coomaraswamy said she was struck by one elderly refugee she met who showed her a dirty plastic bag of papers.

These included the citizenship document her grandparents had received at independence, a paper from 1982 denying her citizenship, and a card she had just received stating she was a “Bengali Muslim” which gave her access to some services.

“She was holding it like this was her life. She had left everything behind (when she fled) including even her jewellery. She said she sleeps with this bag under her pillow,” Coomaraswamy told the Thomson Reuters Foundation.

Myanmar has said it will take back some Rohingya who can show they have a long history in the country. But many fled to Bangladesh with nothing, and many do not want to return without full citizenship.

Coomaraswamy urged the international community to stop pressuring Rohingya to return and ensure those behind the violence are brought to justice.

“Before you force people to go back into Myanmar you must make sure the conditions are right and the Rohingyas will have … a clear pathway to citizenship,” she said.

“The problem is their villages have been bulldozed – without a tree standing.”

She said those still in Myanmar were in decrepit camps with severe restrictions on their movement, limited access to food and healthcare and sky-high malnutrition rates.

The mission will hand its evidence to a new prosecutorial authority in September so that it can build cases against the generals behind the atrocities, she said.

Coomaraswamy said the desperation and sadness was overwhelming when investigators met refugees immediately after the August 2017 violence.

When the team returned to Bangladesh last month the Rohingya were “much more organized, much clearer on what they want and deeply disappointed in the international community,” she said.

“We would hope she would change and be the democrat she once told us she was and have … the Rohingyas (who lived there) come back … with a guarantee of full rights.”

Coomaraswamy told the conference that increasing numbers of people globally were ending up stateless after “falling between the cracks”.

They lived in a “subterranean world” without formal rights, documents or sense of belonging, at risk of violence and easy prey to traffickers.

“Statelessness is no longer the exception in the world – it has become endemic,” she said.