Punjab: The Indian State Where Farmers Sow the Seeds of Death

Cancer rates are the highest in the country, drug addiction is rife, and 900 farmers have killed themselves in two years. How did Punjab turn toxic? 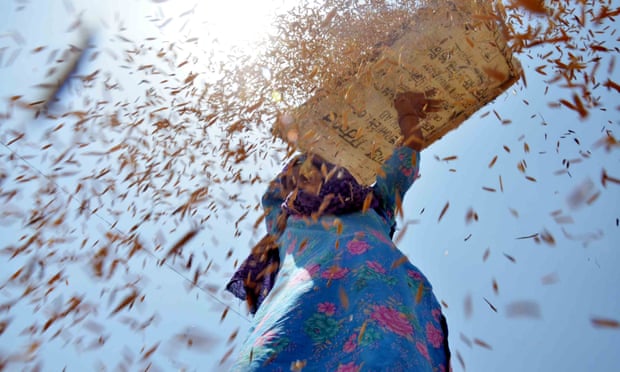 A woman winnows wheat at a grain market in Bhagtanwala, in the Indian state of Punjab.
Photograph: Sameer Sehgal/Hindustan Times/Getty Images

1 Jul 2019 – The road to Langroya village weaves its way through fields rich with crops that offer a vivid snapshot of India’s kitchens. There is wheat, rice, sugarcane, maize, mustard seed and a rich variety of vegetables that have made this corner of the country India’s most important agricultural region.

Like the majority of their compatriots in Punjab, Langroya’s residents rely on farming for their existence. About three-quarters of the state’s 30 million-strong population is involved in agriculture, with wheat the number one commodity. But while Punjab is known as “India’s bread basket”, there are challenges amid the abundance.

The list of concerns includes withering land, chronic illnesses, water shortages and an opioid drug epidemic that has wreaked havoc on village life. Over the past two years, more than 900 Punjabi farmers have killed themselves, and the state has the highest rates of cancer in India. A government survey estimates that more than two-thirds of households have at least one drug addict in the family. Added to this is the burden of paying off loans that many farmers take out from unofficial lenders at exorbitant interest rates.

Locals blame it all on “zeher” – poison.

“Our lives are being destroyed because of the contamination of the land and people,” says Surinder Kumar, the “sarpanch” or village head of Langroya. “There are so many problems facing us that I don’t even know where to begin. The politicians make a lot of promises, but the reality is that little is being done to help us. The very fabric of our existence is under threat.”

In an attempt to address Punjab’s plight, a new film explores the roots of its problems. Directed by Rehmat Rayatt and Leva Kwestany, Toxification tells the moving stories of farmers at the sharp end of the chemical epidemic engulfing the state.

Rayatt, a British-born film-maker of Punjabi origin, said: “The farmers are poisoning their bodies and their land. Our film makes a direct connection between the overuse of chemicals, which has damaged agriculture and pushed many farmers into debt, and drug addiction. Not only is farming becoming poisoned in Punjab, so is society.”

The film traces the roots of Punjab’s demise to the state’s green revolution of the 1970s, when new farming practices were introduced to increase production and profits. This involved the sustained use of chemical pesticides, insecticides and fertilisers, which has continued unchecked and without adequate guidance from experts.

Punjab utilises the highest amount of chemical fertilisers in India. Many of the pesticides sprayed on the state’s crops are classified as class I by the World Health Organization because of their acute toxicity and are banned in places around the world, including Europe. 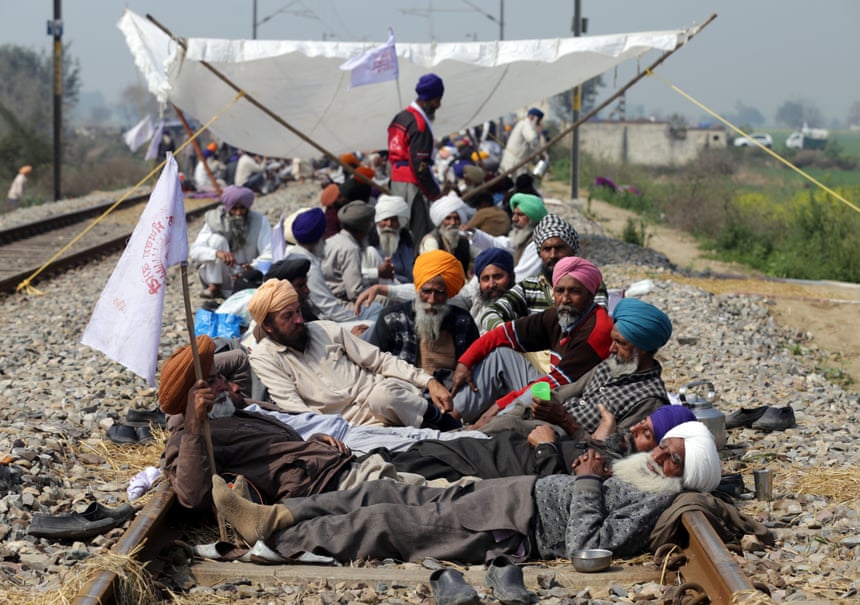 A range of studies have shown that the overuse of chemicals has found its way into Punjab’s food, water and soil and had a devastating impact on public health. There are at least 90 cancer patients for every 100,000 people in Punjab compared with the national average of 80. ’

Balbir Singh, a farmer, admits in the film to using illegal pesticides. “Some people use pesticides without understanding why, hoping that their crops won’t die,” he says. “We know we are killing our land and our people, but what can we do without them?”

The film examines the role that more organic-based farming techniques, which were widely used in the state prior to the green revolution, can play in restoring Punjab’s agricultural fortunes. 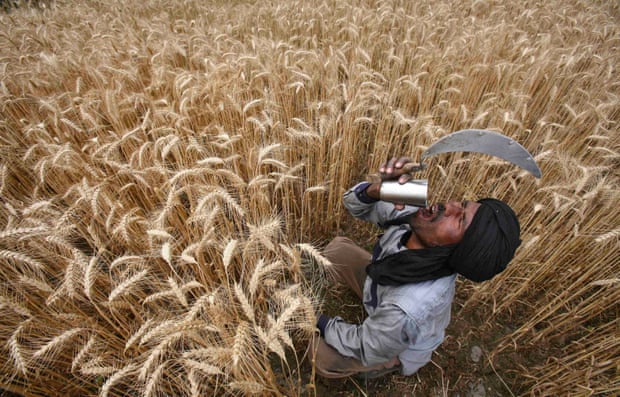 Many farmers in Punjab are forced to work long days to pay off high-rate loans from unofficial lenders.
Photograph: Ajay Verma/Reuters

Some of the most moving testimonies featured in Toxification are made by farmers talking about their descent into drug addiction. Many take opium husk, known as “bhuki”, which helps to kill the appetite, enabling them to work for longer in the fields. Heroin is also widely used in villages. In 2017, a government study suggested that more than 860,000 men in the state aged between 15 and 35 take some form of drug.

Punjab is not the only state in India affected by the excessive use of chemicals in agriculture. Nationally, the government’s response has been to establish pest management research centres, which provide guidance to farmers on how to minimise the use of pesticides. The centres have drawn criticism, however, for being underfunded and poorly staffed. Earlier this year, Punjab’s state government banned 20 pesticides deemed harmful to human health but did not provide details on how the edict would be enforced. The substances remain available across the rest of India.

Toxification was shown at the Ottawa film festival and screenings are planned in Britain. Rayatt also hopes to show the film in India in the hope that it will prompt politicians to take action to alleviate the suffering of Punjabi farmers and their counterparts across the rest of the country.