US Duty Free Shop Owners Give Millions to Israeli Settlements 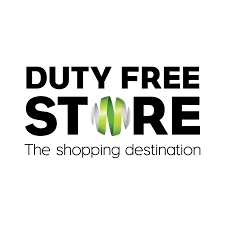 1 Jul 2019 – When travelers shop at dozens of duty free shops at airports worldwide, they may be paying for more than a bottle of vodka or box of chocolates.

The Falic family of Florida, owners of the ubiquitous chain of Duty Free Americas shops, funds a generous and sometimes controversial philanthropic empire in Israel that runs through the corridors of power and stretches deep into the occupied West Bank.

An Associated Press investigation shows that the family has donated at least $5.6 million to settler organizations in the West Bank and east Jerusalem over the past decade, funding synagogues, schools and social services as well as far-right causes considered extreme even in Israel.

The Falics’ philanthropy is not limited to the settlements and they support many mainstream causes in the U.S. and Israel. However, they are a key example of how wealthy U.S. donors have bolstered the contentious settlement movement. Most of the world considers Jewish settlements in the West Bank and east Jerusalem to be obstacles to peace, but Israel considers the territories “disputed.”

The Falics support the ultranationalist Jewish community in Hebron, whose members include several prominent followers of a late rabbi banned from Israeli politics for his racist views, and whose movement is outlawed by the U.S. as a terrorist organization. They back Jewish groups that covertly buy up Palestinian properties in east Jerusalem, and they helped develop an unauthorized settlement outpost in the West Bank. The outpost was later retroactively legalized.

They have supported groups that are pushing for the establishment of a Third Temple for Jews at the holiest and most contested site in the Holy Land. They also have given more money than any other donor to Prime Minister Benjamin Netanyahu, a strong supporter of settlements, and have donated to other leaders of his Likud party.

In this March 13, 2019 photo, an Israeli flag flies on a building in east Jerusalem’s Mount of Olives. The Falic family, owners of the ubiquitous chain of Duty Free America shops, fund a generous, and sometimes controversial, philanthropic empire in Israel that stretches deep into the West Bank. The family supports many mainstream causes as well as far right causes considered extreme even in Israel. (AP Photo/Ariel Schalit)

In a response to AP questions through his lawyer, Simon Falic, who spoke on behalf of the family, said Jews should be able to live anywhere in the Holy Land, whether it’s Israel, Israeli-annexed east Jerusalem or the West Bank. He condemned violence and claimed none of the groups he supports do anything illegal under Israeli law.

“We are proud to support organizations that help promote Jewish life all over the Land of Israel,” said Falic, whose business is based in Miami, Florida. “The idea that the mere existence of Jewish life in any geographical area is an impediment to peace makes no sense to us.”

However, the international community overwhelmingly believes the settlements violate international law, which prohibits an occupying power from transferring its own population into the territory it occupies.

Since capturing the West Bank and east Jerusalem in the 1967 Mideast war, the settler population has grown to about 700,000 people, roughly 10% of Israel’s Jewish population. In recent years, it has received a boost from Netanyahu’s pro-settler government and from a far more tolerant attitude by President Donald Trump, whose top Mideast advisers are longtime settlement supporters.

This growth has been fueled in part by fundraising arms for leading settlement groups in the United States. According to a past investigation of U.S. tax forms by the Israeli daily Haaretz, fundraising organizations in the U.S. raised more than $230 million for settlement causes between 2009 and 2013 alone.

But the Falics stand out for the wide scope of groups they support and their close ties with leading Israeli politicians. Critics say activities billed as harmless philanthropy have come at the expense of Palestinians.

Duty Free Americas is headed by three Falic brothers: Simon, Jerome and Leon. The chain operates over 180 stores at airports and border crossings in the U.S. and Latin America. Leon Falic told the trade publication TRBusiness that the privately held company last year posted over $1.65 billion in sales.

The family has two main charitable organizations, the U.S.-based Falic Family Private Foundation and the Segal Foundation in Israel. During the decade ending in 2017, the U.S. foundation distributed about $20 million to “various worldwide Jewish organizations,” according to tax filings.

The Israeli foundation gave away roughly $15 million over that time. Financial reports do not outline recipients, but an AP analysis of the tax records of more than two dozen settlement organizations identified at least $5.6 million in donations. Other funds went to other causes, including the country’s amateur American football league, a Jerusalem hospital and a Jewish seminary in northern Israel.

Perhaps the Falics’ most controversial activity is in Hebron, a city where several hundred ultranationalist settlers live in heavily guarded enclaves amid some 200,000 Palestinians.

Relations between the populations are tense, and some of the Jewish leaders are followers of the late Rabbi Meir Kahane, whose “Kach” party was outlawed in Israel in the 1980s for calling for a mass expulsion of Arabs from the country. The U.S. also branded Kach a terrorist group.

According to the AP analysis, the Falics donated roughly $600,000 to “Hachnasat Orchim Hebron,” a group that hosts visitors to the Jewish community. Baruch Marzel, a former aide to Kahane, is deeply involved.

Falic said his connections to Marzel were primarily through a “beautiful project” that distributes snacks to Israeli soldiers protecting the residents of Hebron.

“While I may not agree with everything he has said, the work we have done that has been affiliated with the Hebron community has been positive, non-controversial and enhances Jewish life in the Hebron area — which we strongly support,” he said.

Issa Amro, a Palestinian activist in Hebron, disagrees. He said the seemingly harmless project serves the settler cause at the expense of Palestinians.

“We are suffering from settler violence,” he said. “When I tell the soldiers ‘protect me,’ they tell me ‘we are not here to protect you. We are with our own people, who are the settlers.'”