Are We Really Listening when We Ask Marginalized Voices to Speak? 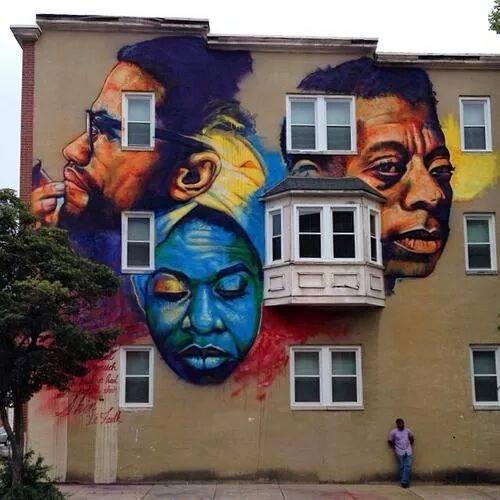 “Subaltern” voices are crucial to build the field of Resistance Studies.

For scholars and activists to truly support marginalized peoples, we need to prioritize their words, stories and truths — not our interpretation of them.

15 Aug 2019 – Most students of resistance struggles pay close attention to the stories and words of oppressed people confronting oppressive authorities. We want to respect the marginalized in our research and try our best to write about them in empowering ways. But as Ivan Illich said to American students eager to serve poor Mexicans in 1968: “To hell with good intentions.”

While we mean to listen to what “the subaltern” (i.e., subordinated populations lacking access to public spheres and social mobility) say, can we really hear them speak? Or do we only hear what makes sense to us, based on our ways of thinking and social contexts?

Postcolonial scholar Gayatri Spivak loudly declared that privileged intellectuals and authors cannot hear the subaltern speak. Even when we listen to subaltern “voices” expressing pleasure or pain, we cannot hear them as forms of reasonable and meaningful “speech” articulating what is just or unjust. And when we talk or write about the subaltern in public, we either “silence” or “speak for” them by representing what they say in our own words, and for our own purposes.

When I first read Spivak’s essay, “Can the Subaltern Speak?,” I was shocked.  Of course, the subaltern can speak!  Saying they can’t speak is insulting and dehumanizing to them!  But when I read it more carefully, I realized that her point was that (mostly Western or Westernized) academic interpreters could not hear them, because we depend so heavily on dominant frames of understanding and ways of communicating that make us blind and deaf to the subaltern.  The purpose of my recent essay in the Journal of Resistance Studies, “Can Resistance Scholars Hear the Subaltern Speak?,” is to explore how we can improve our capacity to listen to what subaltern people say without ignoring our complicity in systems that exclude them.

My essay starts with the famous speech by former share-cropper and female civil rights leader Fannie Lou Hamer at the Democratic Party’s National Convention in 1964.  Although Hamer’s testimony came after those by male leaders like Martin Luther King, Jr., she stole the show with her story of molestation by a white police officer and her plea to the American people: “Is this America, the land of the free and the home of the brave, where we have to sleep with our telephones off of the hooks because our lives be threatened daily, because we want to live as decent human beings, in America?”  Using Hamer’s speech as examplar, I argue that academic resistance scholars tend to either use our theoretical concepts to identify what is significant about her words, or we acknowledge the relevance of subaltern voices as forms of “hidden resistance” rather than political disruption.

To specify how resistance scholars can learn to hear the subaltern speak, I draw on the work of political scientist Susan Bickford’s Dissonance of Democracy and philosopher Michel Foucault’s Fearless Speech.  Bickford highlights the importance of the “politics of listening” to avoid treating those we research as objects and to engage in intersubjective relations instead.  This involves “openness” toward subaltern resisters, “pathbuilding” to forge connections between speakers and listeners, and a “common world” of shared social spaces with multiple perspectives and dissonant voices.  I describe in vivid detail how each of these aspects of the politics of listening is relevant for hearing Fannie Lou Hamer speak from her subaltern standpoint and context.

Next, I discuss Foucault’s concept of “fearless speech” (or parrhesia in Greek) and emphasize how it allows subaltern resisters to directly confront and criticize more powerful authorities with their truths, grounded in their experiences and ways of life. While such subaltern speech is full of risk and danger, its moral force and courageous message can affect mainstream audiences in ways that unsettle and threaten the dominant system of rule.  I discuss and illustrate what made Hamer’s speech a case of political parrhesia and specify some of its effects on subaltern black people in Mississippi, established black leaders of the civil rights movement, the Lyndon B. Johnson administration, and the wider American audience.

Resistance scholars who want to support subaltern struggles should prioritize the words, stories, and truths of subaltern speakers like Fannie Lou Hamer, instead of relying exclusively on our academic language and standpoint. We must ask ourselves how we, as privileged scholars and activists, can learn to see the invisible, hear the unheard, and struggle together to “crack” our violent world and create transcommunal worlds beyond violence. As Indian novelist Arundhati Roy insists: “There is really no such thing as the ‘voiceless.’ There are only the deliberately silenced, or the preferably unheard.”

Sean Chabot is Professor of Sociology at Eastern Washington University and book review editor of the Journal of Resistance Studies. His book, Transnational Roots of the Civil Rights Movement (2012), discusses the Gandhian repertoire’s journey from the Indian independence movement to the U.S. civil rights movement. He has also published on the gay and lesbian movement, Brazil’s landless movement (MST), Iran’s Green Movement, the Egyptian uprising, the violence of nonviolence, and revolutionary love. His current projects focus on decolonizing resistance and counter-stories of nonviolent resistance.