No ‘Made In Israel’ Label for Settlement Wines: Canada Court 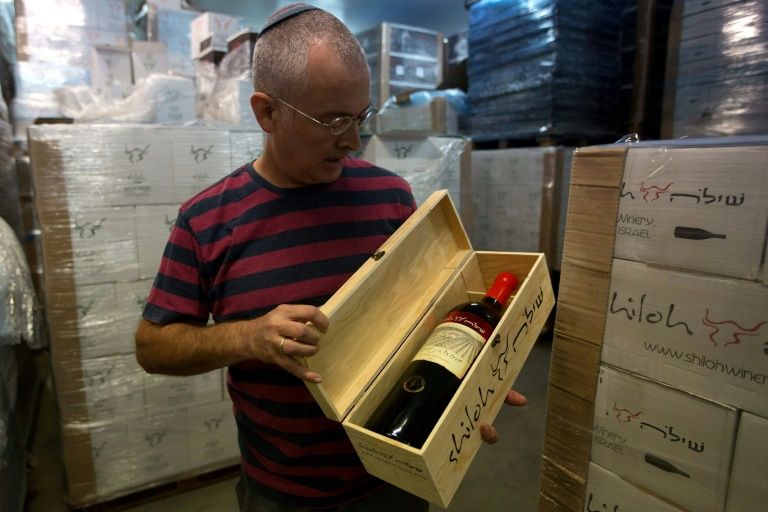 Amichai Luria shows off a bottle of his wine at the Shiloh winery in a Jewish settlement in the occupied West Bank in November 2015 — one of his wines was at the center of the case in Canada on country of origin labeling.
(AFP Photo/MENAHEM KAHANA)

29 Jul 2019 – A Canadian court today ruled that it was “false, misleading and deceptive” to label wines made in Jewish settlements in the occupied West Bank as a “Product of Israel.”

Canada’s Federal Court had been asked to rule in the case of David Kattenburg, the child of Holocaust survivors who disagreed with a decision by the Canadian government’s Food Inspection Agency to allow the labels.

Kattenburg, who criticized Israel’s policies towards the Palestinians, argued that such labeling “facilitates Israel’s de facto annexation of large portions of the West Bank,” according to the court ruling.

The CFIA had defended its usage for the wines made in the West Bank settlements by citing the free trade agreement between Canada and Israel.

That move was backed by Canada’s attorney general, who said it was reasonable to refer back to the free trade agreement, given that the Palestinian territory is “not part of a recognized country,” and such a label would meet Canadian requirements.

But Judge Anne Mactavish said because “there is no dispute that the settlements in which the wines are produced are not part of the territory of the State of Israel,” she was finding for Kattenburg.

“Identifying the wines as ‘Products of Israel’ is false, misleading and deceptive and interferes with the ability of Canadian consumers to make informed and rational decisions to buy conscientiously,” she said.

“Individuals opposed to the creation of Israeli settlements in the West Bank need accurate information as to the origins of a product to be able to express their opposition,” she added.

“Incorrectly identifying the wines as ‘Products of Israel’ inhibits the ability of consumers to express their political views through their purchasing choices” and limits their freedom of expression, she said.

Mactavish said the CFIA will have to determine how to label the wines.

In 2015, the European Union approved guidelines for member states to include the phrase “Israeli settlement” on labels of products from Jewish enclaves in the West Bank, east Jerusalem and the Golan Heights, all of which were occupied by Israel in the 1967 Six-Day War.