The Dragon Lays out Its Road Map, Denies Seeking Hegemony

China’s ‘National Defense in the New Era’ white paper shows where the country aims to be by 2049. 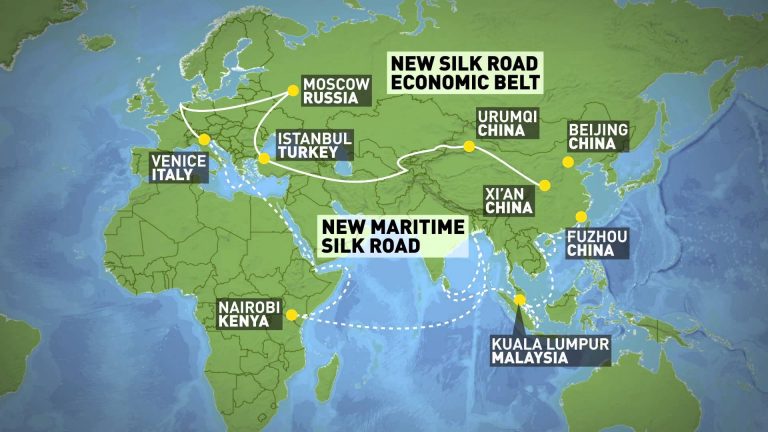 27 Jul 2019 – The key merit of China’s National Defense in the New Era, a white paper released by the State Council in Beijing, is to clear any remaining doubts about where the Middle Kingdom is coming from, and where it’s going to by 2049, the mythical date to, theoretically, be restored as the foremost global power.

Although not ultra-heavy on specifics, the white paper certainly should be read as the Chinese counterpoint to the US National Security Strategy, as well as the National Defense Strategy.

It goes without saying that every sentence is being carefully scrutinized by the Pentagon, which regards China as a “malign actor” and “a threat” – the terminology associated with its “Chinese aggression” mantra.

To cut to the chase, and to the perpetuating delight of China’s supporters and critics, here are the white paper’s essentials.

The Beijing leadership openly asserts that as “the US has adjusted its national security and defense strategies, and adopted unilateral policies” that essentially “undermined global strategic stability.” Vast sectors of the Global South would concur.

The counterpart is the evolution of “the China-Russia comprehensive strategic partnership of coordination for a new era,” now playing “a significant role in maintaining global strategic stability.”

Another key counterpart to the US – and NATO – is the increasingly crucial role of the Shanghai Cooperation Organization (SCO), which is “forging a constructive partnership of non-alliance and non-confrontation that targets no third party, expanding security and defense cooperation and creating a new model for regional security cooperation.”

The white paper stresses that “the SCO has now grown into a new type of comprehensive regional cooperation organization covering the largest area and population in the world”, something that is factually correct. The latest SCO summit in Bishkek did wonders in featuring some of the group’s much-vaunted qualities, especially “mutual trust,” “consultation,” “respect for diverse civilizations” and “pursuit of common development.”

On hot spots, contrary to Western skepticism, the white paper asserts that, “the situation of the South China Sea is generally stable,” and that a “balanced, stable, open and inclusive Asian security architecture continues to develop.”

There should be no illusion regarding Beijing’s position on “Taiwan independence” – which will never deviate from what was set by Little Helmsman Deng Xiaoping in the late 1970s: “Separatist forces and their actions remain the gravest immediate threat to peace and stability in the Taiwan Strait and the biggest barrier hindering the peaceful reunification of the country.”

And the same applies to “external separatist forces for ‘Tibet independence’ and the creation of ‘East Turkestan’.” How Beijing dealt with – and economically developed – Tibet will continue to be the blueprint to deal with, and economically develop, Xinjiang, irrespective of the Western outcry over China’s subjugation of more than a million Uighurs.

In regard to the turmoil Hong Kong and the degree it reflects interference by “external forces,” the white paper shapes Hong Kong as the model to be followed on the way to Taiwan. “China adheres to the principles of ‘peaceful reunification,’ and ‘one country, two systems,’ promotes peaceful development of cross-Strait relations, and advances peaceful reunification of the country.”

On the South China Sea, the white paper notes that “countries from outside the region conduct frequent close-in reconnaissance on China by air and sea, and illegally enter China’s territorial waters and the waters and airspace near China’s islands and reefs, undermining China’s national security.”

So there won’t be any misunderstanding, it says: “The South China Sea islands and Diaoyu Islands are inalienable parts of the Chinese territory.” ASEAN and Japan will have to deal with what Beijing says are facts.

While noting that “great progress has been made in the Revolution in Military Affairs with Chinese characteristics” – the Sino-version of the Pentagon’s – the white paper admits that “the PLA still lags far behind the world’s leading militaries. The commitment is unmistakable to “fully transform the people’s armed forces into world-class forces by the mid-21st century.”

Special emphasis is placed on China’s relatively quiet, behind-the-scenes diplomacy. “China has played a constructive role in the political settlement of regional hotspots such as the Korean Peninsula issue, the Iranian nuclear issue and Syrian issue.” The corollary could not be more clear-cut. “China opposes hegemony, unilateralism and double standards.”

Arguably the most important point made by the white paper – in stark contrast with the “Chinese aggression” narrative – is that “Never Seeking Hegemony, Expansion or Spheres of Influence” is qualified as “the distinctive feature of China’s national defense in the new era.”

This is backed up by what could be defined as the distinctive Chinese approach to international relations – to respect “the rights of all peoples to independently choose their own development path,” and “the settlement of international disputes through equal dialogue, negotiation and consultation. China is opposed to interference in the internal affairs of others, abuse of the weak by the strong, and any attempt to impose one’s will on others.”

So the road map is on the table for all to see. It will be fascinating to watch reactions from myriad latitudes across the Global South. Let’s see how the “Chinese aggression” system responds.