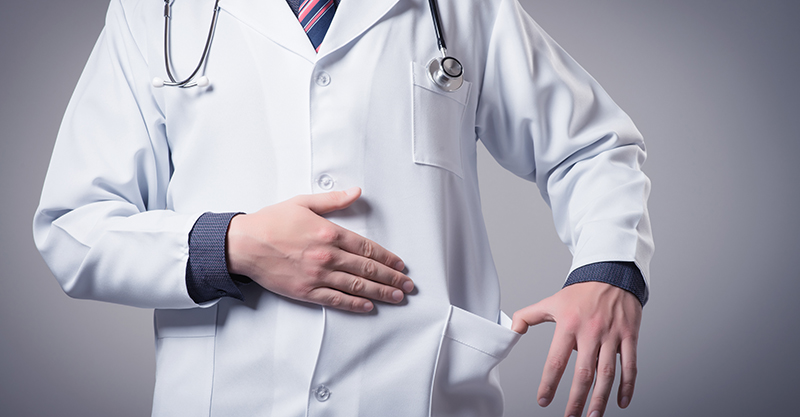 23 Jul 2019 – The pharmaceutical has a “complex and mutually-dependent” relationship with physician trade groups and physicians. Although the details are not always fully or accurately documented, the funding trail can often provide revealing clues. Thus, the American Academy of Pediatrics (AAP), one of the most notorious vaccine industry front groups, receives funding from all four manufacturers of childhood vaccines in the U.S. (Merck, Pfizer, Sanofi, GlaxoSmithKline). The AAP also gets substantial funding from the Centers for Disease Control and Prevention (CDC)—more than $20 million since 2009—over a third of which is explicitly vaccine-related.

Two other front groups that routinely propagate misleading information about vaccine safety are the Immunization Action Coalition (IAC) and Every Child by Two (ECBT). A 2017 analysis in The BMJ showed that—far from being credible and independent sources of information—these outfits, like AAP, receive significant funding from vaccine manufacturers and the CDC, with a third of ECBT’s annual funding coming from the CDC. With industry and CDC funding in hand, these front groups can guarantee vaccine makers’ ability “to influence policy without having to stand on the front lines.”

The pharmaceutical industry advertises in the medical journals that are affiliated with the AAP and other physician organizations. This advertising generates anywhere from a tenth to a third of total revenues. In fact, advertising income not infrequently outpaces revenues earned from subscriptions.

In return for their advertising lucre, the journals published by medical trade groups—such as the AAP’s journal Pediatrics, the American College of Physicians’ Annals of Internal Medicine and the Journal of the American Medical Association (JAMA)—willingly disseminate uncritical and substandard vaccine research. Thus, Pediatrics has published studies since the early 2000s—by authors with blatant conflicts of interest—designed to hide any relationship between thimerosal-containing vaccines and autism. Currently, Pediatrics is also leading the way in browbeating vaccine questioners by drumming up faked concerns about “vaccine hesitancy” and parental noncompliance.

Americans can be critical of physicians who own drug company stock or receive lavish meals or other freebies from the pharmaceutical industry, but the public generally accepts that financial ties of one sort or another are pervasive. On its end, the pharmaceutical industry has considerable expertise in turning physicians into “a cog in their marketing machine.” Thus, encouraged by the AAP and other trade groups, physicians have by and large been willing participants in the U.S. vaccine program. With few exceptions, few doctors are willing to rock the boat, no matter how many vaccines are added to the schedule.

Pediatricians who achieve the 63% threshold therefore stand to make an additional $40,000 in bonus payments for every 100 fully vaccinated two-year-olds, creating a formidable incentive not to let any patients slip through the cracks, and a disincentive to continue serving families who decline one or more vaccines.

Physicians’ complacency about vaccines begins in medical school, where doctors are taught that vaccines are “wonderful” but learn nothing about vaccine ingredients, risks, effects on brain and immune system function or any other aspects critical to understanding vaccine safety and effectiveness. Once in practice, pediatric well-child visits ensure a steady stream of repeat customers and revenue. The CDC advises practices to administer vaccines at about half of the visits through the adolescent years, with 11 visits recommended by the AAP over a child’s first 30 months (and annually thereafter). Various financial incentive programs also encourage pediatricians and family doctors to follow the CDC vaccine schedule, including insurers who give bonus payments to practice groups who achieve specified vaccination targets. Practices publish and share these medical and clinical data to show “how the care…each [physician] give[s] to kids compares with the care given by their peers,” thereby exerting pressure on doctors to toe the line rather than deviate from or object to the targets.

An example of a pay-for-performance model is the Michigan Blue Cross Blue Shield “Performance Recognition Program,” which uses “meaningful” payments to reward Blue Care Network health maintenance organization providers “who encourage their patients to get preventive screenings and procedures.” For vaccination, providers receive $400 for each eligible two-year-old who has received all 24-25 vaccines by that age (including flu shots)—but only if the provider manages to administer each and every shot to at least 63% of his or her patients. Pediatricians who achieve the 63% threshold therefore stand to make an additional $40,000 in bonus payments for every 100 fully vaccinated two-year-olds, creating a formidable incentive not to let any patients slip through the cracks, and a disincentive to continue serving families who decline one or more vaccines. In fact, a survey of pediatricians found that twice as many pediatricians (12%) reported “always” booting uncooperative families out of their practices in 2013 as in 2006, and the AAP has pronounced it “ethical and legal” to do so.

A 2010 study of publicly funded community health centers (CHCs) serving low-income patients in Houston furnished another evocative example of how pay-for-performance models work. Even in the less-than-posh CHC setting, physicians could receive up to $12,000 annually in incentive payments for meeting vaccination and other targets. As the researchers explained:

Ironically, the study found no evidence whatsoever that the financial incentives improved clinical quality of care for patients. In fact, the researchers concluded that there is little proof that any pay-for-performance initiative—whether sponsored by health plans, employers or the government—is improving health care. Moreover, as reported by Modern Healthcare magazine:

The tendency of pay-for-performance to “dangle money” before doctors has side effects. It turns the intrinsic professional and moral obligation of doing the best thing for the patient into a market transaction governed by price.

Or, as Upton Sinclair famously stated decades ago, “It is difficult to get a man to understand something when his salary depends upon his not understanding it.”

Robert F. Kennedy, Jr.’s reputation as a resolute defender of the environment stems from a litany of successful legal actions. Mr. Kennedy was named one of Time magazine’s “Heroes for the Planet” for his success to restore the Hudson River. The group’s achievement helped spawn 300 Waterkeeper organizations across the globe. He serves as President of Waterkeeper Alliance and of counsel to Morgan & Morgan, a nationwide personal injury practice. He was previously Chief Prosecuting Attorney for the Hudson Riverkeeper, Senior Attorney for the Natural Resources Defense Council, and a Clinical Professor and Supervising Attorney at Pace University School of Law. Earlier in his career he served as Assistant District Attorney in New York City. Mr. Kennedy is a graduate of Harvard University. He studied at the London School of Economics and received his law degree from the University of Virginia Law School.