BRICS Was Created as a Tool of Attack: Lula 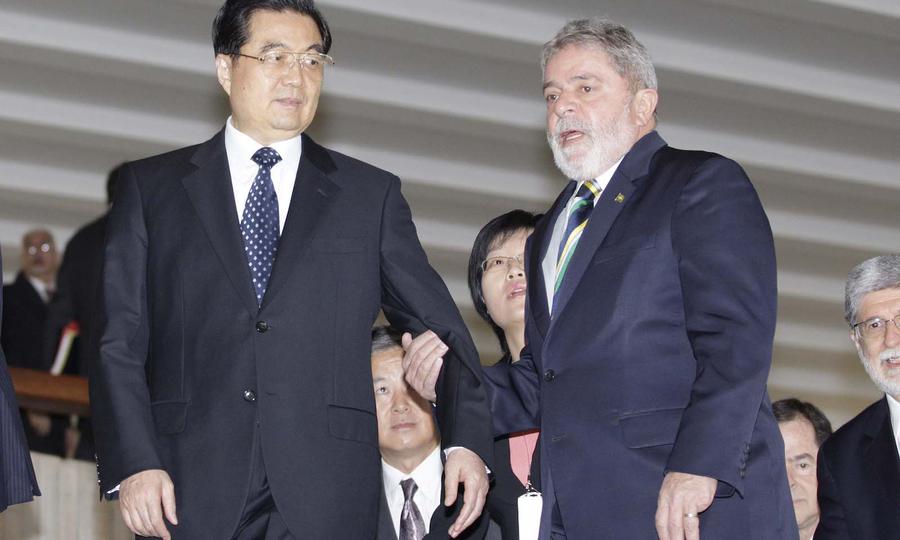 29 Aug 2019 – In a wide-ranging, two-hour-plus, exclusive interview from a prison room in Curitiba in southern Brazil, former Brazilian president Luis Inacio Lula da Silva re-emerged for the first time, after more than 500 days in jail, and sent a clear message to the world.

Amid the 24/7 media frenzy of scripted sound bites and “fake news”, it’s virtually impossible to find a present or former head of state anywhere, in a conversation with journalists, willing to speak deep from his soul, to comment on all current political developments and relish telling stories about the corridors of power. And all that while still in prison.

The first part of this mini-series focused on the Amazon. Here, we will focus on Brazil’s relationship with BRICS and Beijing. BRICS is the grouping of major emerging economies – Brazil, Russia, India and China – that formed in 2006 and then included South Africa in their annual meetings from 2010.

My first question to Lula was about BRICS and the current geopolitical chessboard, with the US facing a Russia-China strategic partnership. As president, from 2003 to 2010, Lula was instrumental in formatting and expanding the influence of BRICS – in sharp contrast with Brazil’s current President, Jair Bolsonaro, who appears to be convinced that China is a threat.

Lula stressed that Brazil should have been getting closer to China in a mirror process of what occurred between Russia and China:

“When there was a BRICS summit here in Ceará state in Brazil, I told comrade Dilma [Rousseff, the former president] that we should organize a pact like the Russia-China pact. A huge pact giving the Chinese part of what they wanted, which was Brazil’s capacity to produce food and energy and also the capacity to have access to technological knowledge. Brazil needed a lot of infrastructure. We needed high-speed rail, many things. But in the end that did not happen.”

Lula defined his top priorities as he supported the creation of BRICS: economic autonomy, and uniting a group of nations capable of helping what the Washington consensus describes as LDCs – least developed countries. 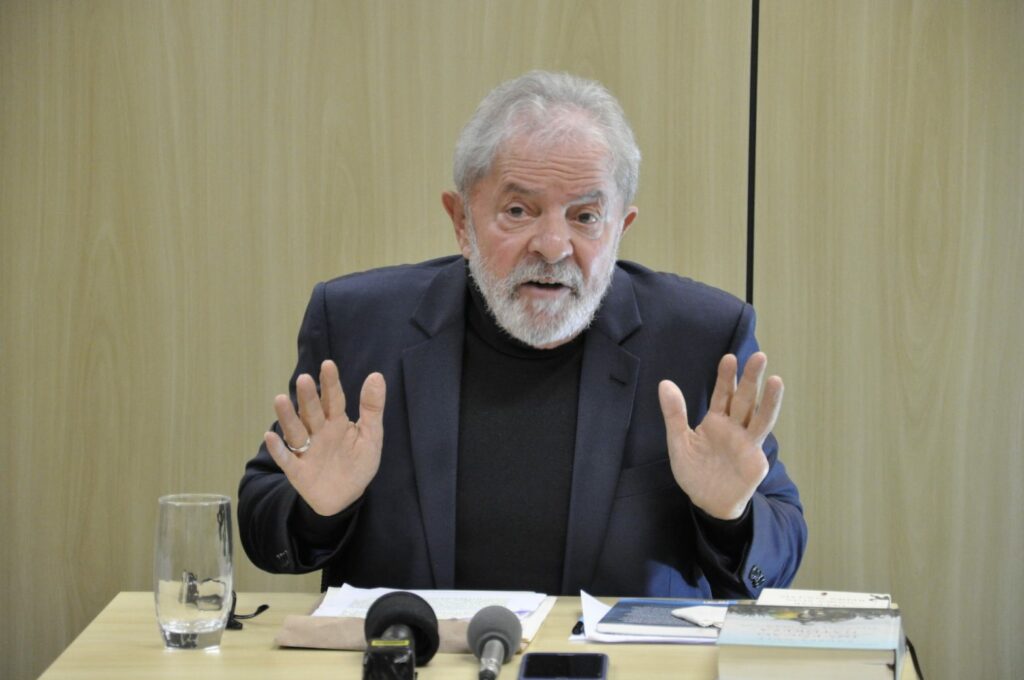 Lula made an explicit reference to the United States’ fears about a new currency:

One can imagine how this went down in Washington.

Obama may have been trying to warn Lula that the US ‘Deep State’ would never allow BRICS to invest in a currency or basket of currencies to bypass the US dollar. Later on, Vladimir Putin and Erdogan would warn President Dilma – before she was impeached – that Brazil would be mercilessly targeted. In the end, the leadership of the Workers’ Party was caught totally unprepared by a conjunction of sophisticated hybrid-war techniques.

One of the largest economies in the world was taken over by hardcore neoliberals, practically without any struggle. Lula confirmed it in the interview, saying:

“We should look at where we got it wrong.”

Lula also hit a note of personal disappointment. He expected much more from BRICS.

“I imagined a more aggressive BRICS, more proactive and more creative. ‘The Soviet empire has already fallen; let’s create a democratic empire.’ I think we made some advances, but we advanced slowly. BRICS should be much stronger by now.” 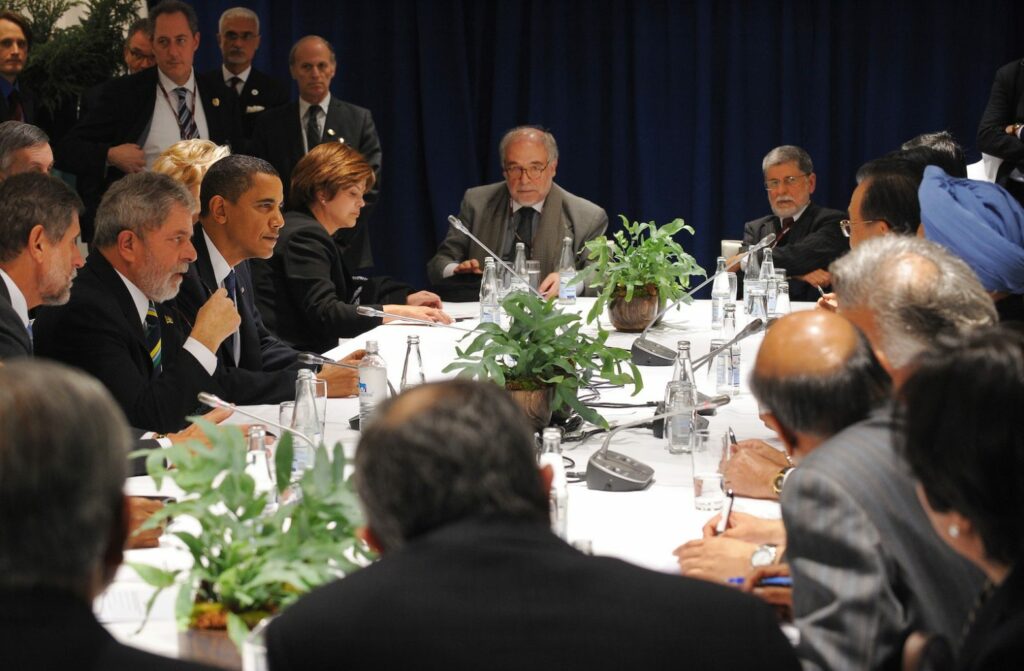 Lula and US President Barack Obama, on left, attend a meeting with Chinese and other leaders in Copenhagen in December 2009 at the COP15 UN Climate Change Conference. AFP / Jewel Samad

It’s easy to imagine how what has followed went down in Beijing. That explains to a great extent the immense respect Lula enjoys among the Chinese leadership. And it’s also relevant to the current global debate about what’s happening in the Amazon. Let just Lula tell the story in his own, inimitable, Garcia Marquez-tinged way.

“One thing that the Chinese must remember, a lot of people were angry in Brazil when I recognized China as a market economy. Many of my friends were against it. But I said, ‘No, I want the Chinese at the negotiating table, not outside. Is there any discord? Put them inside the WTO, let’s legalize everything.’ I know that [Chinese President] Hu Jintao was much pleased.

“Another thing we did with China was at the COP-15 [Conference of Parties to the UN Framework Convention on Climate Change] in Copenhagen in 2009. Let me tell you something: I arrived at COP-15 and there was a list of people requesting audiences with me – Angela Markel, Sarkozy, Gordon Brown; Obama had already called twice – and I didn’t know why I was important. What did they all want? They all wanted us to agree, at COP-15, that China was the prime polluting evil on earth. Sarkozy came to talk to me with a cinematographic assembly line, there were 30 cameras, a real show: Lula accusing China. Then I had a series of meetings and I told them all, ‘Look, I know China is polluting. But who is going to pay for the historical pollution you perpetrated before China polluted? Where is the history commission to analyze English industrialization?’

“Then something fantastic happened. An agreement was not in sight, I wanted Sarkozy to talk to Ahmadinejad – later I’ll tell you this thing about Iran [he did, later in the interview]. Ahmadinejad did not go to our dinner, so there was no meeting. But then, we were discussing, discussing, and I told Celso [Amorim, Brazil’s Foreign Minister], ‘Look,  Celso, there’s a problem, this meeting will end without an agreement, and they are going to blame Brazil, China, India, Russia. We need to find a solution.’ Then I proposed that Celso call the Chinese and set up a parallel meeting. That was between Brazil, China, India and perhaps South Africa. Russia, I think, was not there. And in this meeting, imagine our surprise when Hillary Clinton finds out about it and tries to get inside the meeting. The Chinese didn’t let her. All these Chinese, so nervous behind the door, and then comes Obama. Obama wanted to get in and the Chinese didn’t let him. China was being represented by Jiabao [Wen Jiabao, the prime minister].

“Then we let Obama in, Obama said, ‘I’m gonna sit down beside my friend Lula so I won’t be attacked here.’ So he sat by my side and started to talk about the agreement, and we said there is no agreement. And then there was this Chinese, a negotiator, he was so angry at Obama, he was standing up, speaking in Mandarin, nobody understood anything, we asked for a translation, Jiabao did not allow it, but the impression, by his gesticulation, was that the Chinese was hurling all sorts of names at Obama, he talked aggressively, pointing his finger, and Obama said, ‘He is angry.’ The Brazilian ambassador, who said she understood a little bit of Mandarin – she said he used some pretty heavy words.

“The concrete fact is that in this meeting we amassed a great deal of credibility, because we refused to blame the Chinese. I remember a plenary session where Sarkozy, Obama and myself were scheduled to speak. I was the last speaker. When I arrived at the plenary there was nothing, not a thing written on a piece of paper. I told one of my aides, please go out, prepare a few talking points for me, and when he left the room they called me to speak; they had inverted the schedule. I was very nervous. But that day I made a good speech. It got a standing ovation. I don’t know what kind of nonsense I said [laughs]. Then Obama started speaking. He didn’t have anything to say. So there was this mounting rumor in the plenary: He ended up making a speech that no one noticed. And then with Sarkozy, the same thing.

“What I had spoken about was the role of Brazil in the environmental question. I’ll get someone from the Workers’ Party to find this speech for you. The new trend in Brazil is to try to compare policies between myself and Bolsonaro. You cannot accept his line that NGOs are setting fire to the Amazon. Those burning the Amazon are his voters, businessmen, people with very bad blood, people who want to kill indigenous tribes, people who want to kill the poor.”